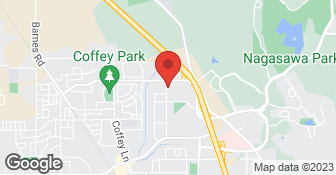 Came on time, but price was way too high. Got the price down, and he didn't do too bad a job, since the duct had not been cleaned in quite a while.

Description of Work
COIT Cleaning and Restoration of Santa Rosa cleaned the carpets.

It is just an area rug. It was not their fault. We asked them to have a runner cleaned and they had that vacuum thing. It was not terribly appropriate for that rug. We need to take the rug into a place that does that specifically. And we found out later that it was really required in and not just for in home which is the suction vacuum clean of thing with water. It was not right. Some was cleaned but it could not help. They have conditioners that make it soft. It was great. They were very polite and helpful.

Description of Work
They did a carpet cleaning for us and a little bit of upholstery cleaning.

I scheduled carpet cleaning, chair cleaning and drapery cleaning for a thursday just before christmas b/c I was hosting my inlaws. I was surprised when Coit arrived and there was only 1 guy. I questioned how he could move the furniture to clean under it. He let me know that he couldn't move the furniture. I was very upset b/c I had never had the carpet cleaned when they did not move furniture. After negotiation they agreed to send 2 people the next day (it had to be quick b/c I had moved many large boxes and other items to my kids bathroom, which was now unusable until the carpet was completed). The following day 2 guys came. The guy who was in charge clearly had no intention of moving the furniture. He was mad when I insisted that the furniture needed to be moved. Ironically, by the time he got to moving the furniture the second guy had left already so he moved it all by himself. This was clearly hard for him b/c when I got home after they had finished he had left all my furniture in the middle of my rooms. I called to complain and insist that they come back and put the furniture back where it belonged. They eventually agreed to send 1 person (the #2 guy who had come that morning). In the end, he and I had to move the furniture together. I hurt my back in the process. I made clear to him and the receptionist how unacceptable this was and ask to speak to a manager. I was told the manager was out, but would call me on Monday morning. It has been 3 months and I am clearly never going to talk to a manager. Do yourself a favor and NEVER USE COIT no matter how cheaply they offer to do the work.

Description of Work
Cleaned kitchen chairs and all carpet

I used Coit to have my overhead furnace vents cleaned last year. They were right on time and spent the morning going through the house sealing & cleaning the vent lines. I called them again yesterday to set up my annual dryer vent cleaning. They came out about 2 hours after I called, spent a lot of time cleaning the vent from both ends, as well as cleaning behind my dryer, and made sure that all hoses were clean and tight before leaving. Coit did an excellent job. I will call them back for future services.

The carpets were left much wetter than they should have been. They did not inform my property manager of this or how she should have taken care of the wet carpet. Three days later when we went back to the house, there was an odor coming from the carpet. They initially offered to make good on the problem but got in to an argument with my property manager and eventually agreed to give us a refund but would not come back to the house.

Description of Work
They cleaned the carpets.

They were good. I ended up spending more than what I really wanted to spend but that was my choice. They did a good job so I was happy with them. The price was high compared to other people but then we get what we pay for. Regarding punctuality they came on time, I wasn’t waiting hours and hours.

Description of Work
I have used Coit Services for carpet cleaning. They cleaned the carpet and vacuumed a couch. I had area rugs and also they starch guarded it and they also did the area rugs that were on top of the main carpeting. They sold me bottle of carpet cleaner.

Description of Work
Company came to clean a one-bedroom condo. Two people came and moved the light furniture after we had prepared the place by removing breakable and other clutter. They seemed surprise at the layout even though the estimator had been here a few weeks earlier and had noted the layout. Maybe they hadn't seen the report. They didn't stay very long but did the work in about an hour and a quarter. They left the floor very damp, and said that it would dry overnight which was not in accord with what the estimator said. We turned on all the fans and left our window and doors open to let breezes in; the carpet seemed dry enough in about 6 hours. The workers were polite but seemed in a hurry. We learned that they get paid by commission and didn't want to linger longer than necessary. They left a major dark spot near the door around the lower hinge which I had to clean by hand. Our carpet is very old so the job they did was acceptable in appearance. Nevertheless, we will be looking for a better deal next time. They did include an automatic discount, but they do this for everyone.

Fine; they happened to be having some kind of sale when I needed their services.

Description of Work
They picked up the LR & DR draperies (on time), cleaned and returned them (also on time). I expected they would be more expensive than the services offered by some dry cleaners, but they were less.

Description of Work
Appointment arranged by phone was very kindly and professionally done. However, they arrived an hour and a half after the long time period that I was waiting for them. When they finally arrived, they had a rather improbable excuse which, of course, I could not check. They gave me an estimate that could have been given over the phone and did not look carefully at our air duct system. The estimate was competitive but their advertised discount was clearly a "come-on" to make you think you were getting a great deal, i.e., they raised their price well above the competition and then bragged about their discount. We chose the competitive form.

They are a little overpriced, but they are very good. I have used them several times. They are a big company. They were very professional and on time. They were convenient.

Description of Work
I used Coit Carpet & Drapery Cleaners about a year ago. They mostly did downstairs and I also had them do upholstery cleaning previously.

They did good work and they were on time like they said they would be. They returned my phone call when I called to make the appointment the same day. They got the job done very quickly. They were very professional and courteous people that came out. NO problems with any of their work. They charged a very good price for the job done. I would recommend them to everyone that I talk to around this area.

Description of Work
Cleaned rugs and draperies in our living room and dining room.

I have them come out once a year to clean my draperies. They are a very professional company with polite employees. They are quick to respond to your needs. I have always been impressed with the work that they do. They do stay later then what is expected of them and do not charge me extra.

Description of Work
They cleaned all my draperies, chairs, and rugs.

Awesome! They did great job! The people were very nice, professional, and worked hard while they were there. Gave me a great price! I would recommend them to anyone.

Specializing in carpet cleaning! We always guarantee your satisfaction and won’t leave until the job is done right. We take pride in ourselves and on the quality work we provide, while always delivering great customer service! Check out our services offered, then call --or-- click to schedule a free estimate today!  …

We are a all purpose flooring company from hardwood installation to sand& finish. Carpet, vinyl. LVPlanks, Custom tile showers Maybe a commercial space with epoxy we can help.  …

Welcome to Northern California Restoration! We offer quality service at an affordable price. Our services include Mold Testing & Remediation, Water Mitigation and Fire or Smoke Remediation. We offer build back services with our parent company or can provide recommend service providers. We are your 1-stop shop for restoration services. Contact us today to get a free estimate!  …

Bonded
Insured
All statements concerning insurance, licenses, and bonds are informational only, and are self-reported. Since insurance, licenses and bonds can expire and can be cancelled, homeowners should always check such information for themselves.To find more licensing information for your state, visit our Find Licensing Requirements page.
General Information
Free Estimates
Ask for Details
Eco-Friendly Accreditations
No
Senior Discount
No
Warranties
Ask for details

How is COIT Cleaning and Restoration of Santa Rosa overall rated?

COIT Cleaning and Restoration of Santa Rosa is currently rated 4 overall out of 5.

What days are COIT Cleaning and Restoration of Santa Rosa open?

COIT Cleaning and Restoration of Santa Rosa is open:

No, COIT Cleaning and Restoration of Santa Rosa does not offer eco-friendly accreditations.

Does COIT Cleaning and Restoration of Santa Rosa offer a senior discount?

No, COIT Cleaning and Restoration of Santa Rosa does not offer a senior discount.

Are warranties offered by COIT Cleaning and Restoration of Santa Rosa?

No, COIT Cleaning and Restoration of Santa Rosa does not offer warranties.

What services does COIT Cleaning and Restoration of Santa Rosa offer?