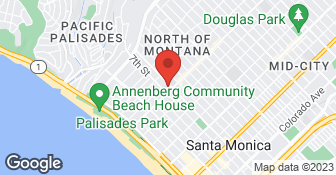 5 employees. Uses subs. Cost is determined by the job. No travel charges. No service charges. May contact through email....

Life is short. Don't stress over home renovations and repairs. Let me take care of your honey-do list so you can enjoy your space instead of staring at unfinished projects. We guarantee your satisfaction and we won’t leave until the job is done right. We pride ourselves on the quality work we provide, while delivering great customer service! Check out our services offered and call or click to schedule a free estimate today.

Specializing in handyman services and home repairs! We guarantee your satisfaction and we won’t leave until the job is done right. We pride ourselves on the quality work we provide, while delivering great customer service! Check out all of the services we offer below and call -- or-- click to schedule a free estimate today!

Welcome, I'm a part-time project manger for a construction company based in Culver City learning the ins and outs both new and remodeled homes. The days I'm not clocked in I'm using my handymen skills that I've learned throughout the last 8 years of construction and helping clients in the Los Angeles area with their request to improve their home value/aesthetics. I'm a driven young man whose passion is in seeing home improvement and helping clients with their needs/wants. Over the years I've been able to grow my business thanks to my environment I've met plenty of helpful contractors that have schooled me into the successful handymen I've become.

Terribly. Henry Alanis is not an honest contractor. I would never recommend him for any work to anyone I know.

DESCRIPTION OF WORK
This was for an entire kitchen remodel. I hired Henry Alanis in August for what I was quoted to be a four week turnaround, as we moved toward the end of September I began to realize that Henry was not living up to his estimate. He would arrive late, he had many deaths and family problems during the project, he even sat in my livingroom and CRIED. Ultimately he took off right before my cabinets were to be installed, leaving me to foot the $7,000 bill that was supposed to be included in the estimate. Throughout the course of the project his crew damaged my newly done bathtub, destroyed two of the three lawns I had, left trash on my property and had to redo several pieces of work due to shoddy workmanship. From the time he left until now December 16,2009 I was left to be my own contractor and finish the work. After paying Henry 2/3's of the estimated cost and being left to pay many contractors to do the work the Henry had promised to do I was over on my estimate for my kitchen by $10,000! Henry has not returned a call or done the honorable thing and finished the job. I would never recommend him to any one ever. He is not true to his word and does not take responsibility for his work or actions.