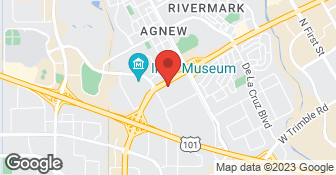 Install was poor. They scratched up my brand new granite when installing the purified water faucet. Service is poor now because they want to provide water filter replacement at their convenience and not mine. I would understand this if I had not purchased the filter replacement service at $20 a month which is charged to me no matter what. My difficulty is that Culligan has $280 dollars of my money and when I ask for service at my convenience, there is no such thing. What this means is that Culligan expects me to take additional work time to wait for someone to replace my water filter, even after I've paid for it. I don't think this is right. I really want my money back from this non-service. It was a sorry day when I purchased Culligan.

Description of Work
they installed my water softener. they maintain it also. very good service.

I got my softner from Culligan back in 2000, along with a reverse osmosis filter system. I've probably only had them come out four times since but two times were bad experiences and one I felt I got ripped off. The first time my softner didn't seem to be working, they told me the water sensor wasn't working properly, it tells the softner when it needs to regenerate automatically based on the water condition, they went to the circuit board and he said he "rebooted" it and then he changed some setting on the interface. I'm a computer technician so I asked what he did so I can fix myself next time, only took him a minute, and he tells me I can't say, "JOB SECURITY"!?? After he left I checked the manual and looked and settings and dip switches I was watching him mess with and found out what he did was bypass the water sensor completely by making the softer regenerate every 6 days no matter what.... I wanted the water sensor to work. The second time I was replacing the reverse osmosis filters and the lines kept leaking and I got fed up and decided to let go of some money. The guy came out, was very nice, we looked over and everything seemed good, he jumped in his truck and left. I cleaned up and then noticed a link under the sink by the filter but couldn't at the time determine where it was coming from so I called Culligan before the tech got too far and had him come back. Well now I was noticing some type of attitude from the guy like he was going to get dinged because his job wasn't done correctly, I wasn't blaming anyone just asked to get the leak resolved, wasn't there before. We determined it was the drinking spout base was leaking down from top of sink when I rinsed it off, the gasket was bad. I asked if he could fix and he says no, its not a Culligan spout, (I replaced along time ago when theirs went bad, didn't think of calling them for that), so I asked if he could replace with a new one and he said $80 after a phone call, I didn't want to do it but just wanted this problem out of my hair. I almost told this guy to leave my house and never come back. Now with the latest issue I had some plumbers fixing the pipe coming from the street to house and just after that we started getting low water pressure, I determined it was the softner by bypassing it. I heard plumbing can get dirt in the softner and it just needs to be cleaned so I called them out, I did realize it was 15 years old and could just be going out. The guy was nice enough but right when he saw my softner he didn't bother to open it up or nothing, he said he would have to take back to the shop and replace resin, but I should replace cause circuit board could go out soon... hmmm. I told him I was hoping it was just clogged and he could check it for something clogged in it and he said its just old. I told never mind, im just going to get rid of it and he wrote bill for $150 and never even touched it. I feel ripped off. Even wrote a letter to them with all this information to hopefully help. I did try to get some pricing but they wont do over phone, have to have a sales guy talk to you... marketing strategy im sure, and sure not un common. anyways checking on other companies, think im done with Culligan.

The installation went very well and we would recommend them to others. We had a few issues after the installation (the logic board on the control panel failed, which provided a false reading that the battery had died), and they were VERY responsive in assisting and replacing the board.

Description of Work
We had them install a higher-end, salt-based water softener.

Did not do work because too expensive.

Description of Work
Received quote for new water softener, but too expensive.

I had a pleasant experience with them. They helped us pick out the right size unit for our home, and showed us how to use it. They were very polite and customer friendly. A week after they finished the work, the softener was not working correctly and they fixed things without charging us.

Description of Work
They installed a water softener.

They were excellent. They did a great job. I just had it installed today. They were very professional. I would recommend Culligan. Their price wasn't bad, and I will know more after I have had it for awhile, but as of now everything seems to be fine.

Your Tankless Water Heater Experts! We are a family owned and operated business with more than 30 years of experience with integrity and pride in our work. You can find someone cheaper, but you'll never find someone better! Imagine something going wrong with the water pipes or the drainage and having the bathroom flooded; or what about the kitchen faucet dripping constantly and you having to deal with wet floors? The whole scenario is enough of a nightmare by itself and if there was no local plumber on call for such emergencies, it would be ten-fold worse! Your home's comfort to a large extent depends upon its efficient plumbing system and our plumbers are the ones to do the job right! 6 employees. No subs. Cost is determined by the job. No travel charges. No service fees. Extra charge for after hours service applies. License #: 979380 . Do not contact through email.  …

Established in 2001 At Crown Plumbing, we understand that we've been invited into your home to perform a much needed plumbing service and as your guests, our certified, licensed plumbers will conduct themselves in a highly professional manner and maintain a neat and clean work area. We'll also provide a written estimate before we begin the job so you'll know how much the final bill will be including parts and labor. Lic#855792 Quality work at affordable prices, highest customer satisfaction, fixing any issues in timely fashion, lots of business derived from customer referrals and return customers, senior citizen discount offers, and punctuality gives Crown Plumbing an edge over its competitors. Our Main Strengths: 24/7 Availability For Emergency Services Highly Skilled Professionals Locally Owned Business Neighborhood Not A Big Corporation Or Franchise Over 19 Years Of Experience And of course always 10% discount when you mention Angie's List Member Of Better Business Bureau Since 2004 With No Complaints. Crown Plumbing strives to be the best in the business, growing rapidly to deliver the best business plumbing services in town. (Leaks, Toilets, Water Heaters, Plumbing Installation, Maintenance & Service) Crown Plumbing is known for quality work, fast response and competitive pricing.  …

Mike Counsil Plumbing has been family owned and operated from the start. Our customers are our neighbors, and we are proud to be part of the community. We offer the highest quality of plumbing, and friendliest customer service in the industry. When you want it done right, call Mike Counsil Plumbing. Owner operated since 1994. 50 employees. All technicians drug tested and background checked.  …

Culligan Water Conditioning of Santa Clara CA is currently rated 4.5 overall out of 5.

No, Culligan Water Conditioning of Santa Clara CA does not offer eco-friendly accreditations.