With Angi since October 2006 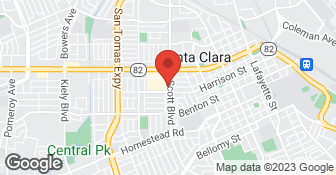 Description of Work
Did not use, cancelled visit

They were excellent. They were fair priced and responsible. We are going to call them again. They gave us information on how to properly care for them. They were nice and very professional. They cleaned up and there wasn't a leaf on the ground. We couldn't even tell. The price was comparable to others. They were not the cheapest but they were certainly not the most expensive. We would absolutely use them again.

Description of Work
We used Commercial Tree Care because we had a lot of trees that needed a lot of work. They pruned back dead branches and reshaped the trees.

We hired Commercial Tree Care to do our yearly tree trimming for an HOA. They were reasonably priced and they spread wood chips around some of the entire area free of charge. Only disappointment are the new trees that were planted and some debris left by the arborist.

They did an excellent job. They gave us a good estimate, they did an excellent job, and they cleaned up after themselves. The trees since then have grown beautifully. Enough time has gone by to see that, yeah, they did all that good stuff but the tree's better off. We would definitely call them again to do work for us. We had a lot of trees. They were willing to piece meal it so that we could afford what we wanted to do. I just thought that they were friendly, knowledgeable and very responsible.

Description of Work
I last used Commercial Tree Care a long time ago, almost 10 years ago.

After calling Commercial Tree Care, Joe Nama came out within a day or two and verbally estimated the costs of tree removal. An email outlining exactly what he had said arrived shortly thereafter as the official proposal. I set up a date two weeks later for the work to begin. On the day requested, a crew of three spent several hours taking down this large dying tree and hauled debris to the curb for shredding in their chipper. This was a massive tree with 5% foliage left and nothing but branches. They worked continuously for several hours and when they were finished, cleaned up the yard, and proceeded to run the branches through the chipper. While that was happening, the stump grinding machine (and another two man crew) was working to remove the remaining stump. That debris also was cleaned up and taken to the chipper. My new tree was delivered by Joe and planted with instructions on how to take care of it. Front yard tree was promptly lightened up of weight by the trimmers and when they were done, everything was cleaned up and left well groomed. I have used this company prior and they were just as professional and thorough as I experienced before. I was very pleased with their work and I will continue to use them in the future.

Description of Work
Removed a 30 ft dying tree from backyard, removed the debris, ground the stump and visible ground roots, planted a new tree, removed smaller stump in another place and cleared frontyard tree of dead wood and reduced the weight of several large branches.

Very professional. Met expectations and completed effort exactly like they committed to. Understood local environmental laws They provided advice and counsel so we did not violate county standards. .Everything was cleaned up and hauled away. They compleed the entire effort in 4 hours and were gone. I would hire this team again.

Description of Work
Large Dying Camphor tree cut down and removed. Trimmed two other large trees away from house Arrived on time , completed in 4 hours, cleaned up all debris and applied root disintegrator to the stump. Very professional. Met expectations and completed effort exactly like they committed to.

Although there was a misunderstanding on which day we had arranged, they arrived on the second scheduled day and provided a quality job on the trees and brush removal.

Description of Work
The company trimmed some large and 50+ year old acacia trees as well as a large 75+ year old elm tree in our front and back yards.

They showed up on time, finished the work in a couple of hours and when they were done, you would've have never known they were there at all. They cleaned up as they worked and did a fantastic job!

Description of Work
All of the trees in my backyard were overgrown, and my neighbors trees were growing over my fences on 3 sides. I chose Commercial Tree Care based on the reviews from Angie's list and I was very happy with the work that was done. I got a return phone calll and an estimate within 48 hours of my phone call. The person that gave the estimate was very helpful and made suggestions that I had not thought about.

After talking with the city, I was told that I had to go in person to deliver the request for permit and that the fee was now $300 plus. If the tree was dead I also needed to get a permit to remove it but at no permit cost. I decided that the permit for such a thing was ridiculous and have done nothing and will wait for the tree to die entirely and hope it doesn't fall on anyone's property. I appreciated the honesty of the arborist and the time spent as I know the city will fine them if they take the tree out without their permission. AND this is in my own backyard!

Description of Work
I called for an estimate to remove a 30 ft tree from my back yard that was for some years slowing dying. Because the trunk was more than 56 inches in circumference, I was told that I had to get a San Jose city permit to remove it and pay the city an additional $295. The arborist told me that there was only 10% foliage on the tree and that the tree was severely stressed. It had been this way for 6 years and attempts to revive it didn't change its condition.

At the time of the estimate, Javier told me he would have to charge a minimum crew time and would be able to trim additional tree(s). I had him schedule to trim the portion of the neighbor's tree necessary, plus a major trimming of a very large tree in our yard. The crew arrived on time, were courteous and quickly performed the job as desired. My only suggestion is to be sure to supervise the trimming if you have specific ideas. The crew would have trim much more of my neighbor's tree than he wanted if I had not given specific instructions at the time of the trimming.

Description of Work
Hired to trim a neighbor's tree that rested on our roof.

I was pleased to speak to the aborist, Javier Garcia, at the time of estimate about saving my Myoporum tree which we somehow shocked into static growth because of wrong time of year pruning. Also the Mayten had become severely broken during a recent storm, but the aborist assured me that I didn't have to cut it down. The trees got a great "hair cut" and lightened up the front yard and roof coverage. I was very pleased with their efficiency and clean up. A supervisor also showed up to oversee the job.

I called the company and a free estimate was done which they left at my house for me. I didn't need to be home for this. The estimate was the cheapest of the three companies that I had estimate. I called the office to approve the work. Pam had me fax her the signed estimate authorizing the work. She called me back with the time and day the workers would be out. They were here on time and made sure that I was happy with the job before leaving. They were quick and efficient and cleaned up after themselves. I was happy with the job that was done and would use them again.

Description of Work
They cut back one modesto ash tree in my front yard.

Outstanding. The team arrived on time, worked quickly, efficiently and finished all the work in under two hours. The trimmed trees look great.

Enjoy a beautiful looking yard with our professional services that everyone will admire! We do it all, from Paver, synthetic lawn, fencing, irrigation, concrete, lighting, maintenance, and so much more!  …

Full service, family owned tree company in business for over 20 years. We can take care of all of your tree service needs.  …

COMMERCIAL TREE CARE is currently rated 4.8 overall out of 5.

No, COMMERCIAL TREE CARE does not offer free project estimates.

No, COMMERCIAL TREE CARE does not offer eco-friendly accreditations.

No, COMMERCIAL TREE CARE does not offer warranties.