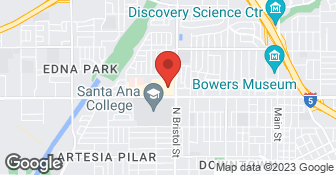 Free designs and consultations with each signed project.

Marcus is a crook. I contracted with Earth Renovation build a covered patio for $49,330 back in November, 2014. He completed the project in about 4 months. A couple of months later, his sub-contractor shows up at my home trying to extort $2K from me by saying that he did all the work but never pull any permits. Marcus assured me that everything was done per code and then a few weeks later, code enforcement came by and investigate my brand new patio. So, Marcus pull permits and once he realizes that the correct what was already build to what was now approve will cost him about another $7500 which he ask me to provide. I refused and he stop working after tearing the roof off my patio. I filed a complaint with State Contractors Board and thru medication, he came back to work on the patio. He would send his guys out to work on my project for 1-2 hr per month. It has been over 18 months now and my patio is not done and he stop coming out and took all the permits and drawings with him. Will not respond to any of my communication with him. I was force to file another complaint with the State Contractors Board.

With over 30 years of residential experience, Tim Henson’s’s Unique Lighting has been helping home owners and businesses in Orange County with all their electrical services and repairs. We pride ourselves in punctuality, cleanliness, listening to our customers and providing them with their best options for repair or install, efficient work and competitive pricing. We are a fully licensed, bonded and insured electrical contracting company.  …

#1 Artificial Grass Company in California We carefully and closely work with your vision to help you create an invigorating and functional space with artificial grass, putting greens, pavers and more... that not only looks great but is also one that can be enjoyed for many years with very little maintenance and a lifetime warranty!  …

Earth Renovation Construction is currently rated 1 overall out of 5.

No, Earth Renovation Construction does not offer a senior discount.