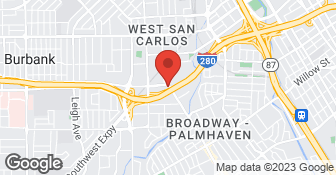 Super Service Award Winner 10 years in a row and almost 35 years of experience serving the Greater San Francisco Bay Area! When it comes to wooden decks, fences, siding, etc., we are leading the industry in cleaning, restoring, refinishing, preserving (staining, sealing) and maintaining all exterior wooden surfaces that are not painted. We do not do new construction, but we do make small repairs. One of our goals is to deliver the highest quality customer service and knowledge of exterior wood restoration, preservation and maintenance. Our policy is that we don't take a dime of your money until the work is done and you are happy. Knowledge about the product is one thing, but delivering outstanding service and running a solid company is equally important. Our mission is to advocate for your money and give good honest advice whether or not you decide to hire us.  …

The Sunshine Company has the best solutions for any of your property maintanence projects. We provide high quality service with outstanding costomer service at a competatitive price. Let us help maintain your property at its highest standard.  …

Family owned and operated with a wide range of services to best-fit your solar panel, soft wash roofs, and homes, exterior restoration of all types, gutter cleaning, and repair, maintenance to protect and beautify your home or business. Our services improve the value of your property by 5 to 10 percent according to The National Association of REALTORS®. Our team has the knowledge and uses the proper methods to clean your surfaces correctly with our two-phase system and without damage, where so many others apply too much pressure to surfaces that should not be cleaned with pressure. We will explain the best process to you upfront. We follow Federal and State laws, the local water recovery regulations here in California to make sure to keep our environment clean and homeowners covered under EPA regulations (clean water act). Our solutions not only cleans and eradicates organic growth material but deters and helps destroy termites according to research and pest control services so a roof and or house wash not only gets rid of harmful and unhealthy organic growth material but helps to kill and prevent termites as well in an area where this is a growing problem for home and property owners. We customize our service to best fit your needs and schedule as we understand no one household, facility or customer has the same needs. With over 20 years of experience in residential and commercial maintenance, we have processes that get the best results!  …

They are pretty good. I really like them. They are really on time, and the price is right. They did a very good job. I would definitely use them again in the future. I would tell others that if they want to have the job done professionally at a reasonable price with no hassles, they should choose them.

Description of Work
They replaced all my windows. I have another property that we own. I replaced all the windows.

The guy just finished the job. Unfortunately this is a rental. I haven't seen it myself, I have never met him in person and so a lot of times I can't comment on how courteous they were or friendly. I think they were okay though over the phone. I can call the tenant and find out if that's important. Otherwise I think the price is good, I haven't even seen the job yet. A lot of what I do is rentals. I would give him a good rating. They were fine. It must be a small company because the owner answered the phone. No problem. I think basically it was fine. I certainly would call them again. In fact he did another job for me. We had two four-plexes and he did a former job and I had forgotten that it was the same guy that did it. That was very satisfactory. He did two windows in another apartment for me. I 'm quote satisfied with them. They called me back. I wanted to match a couple of windows because I am having another window put in by a different contractor and I wanted them to match. They were two different manufacturers. But they they called each other, I haven't been over there to look at it, but that was pretty responsible of them I think to take pains to see that my window matched another window being put in by another company.

Description of Work
Michaels Construction put in a new double pain window in an apartment.

Michaels Construction were very professional. They sent their quote, which was by far the lowest that we received. The work was extremely professional and was on time. They set all the right expectations. The people that we dealt with, the person who came and gave us the estimate as well as the person who came and did the measurements and everything, seemed very knowledgeable and very friendly. It was nice to deal with them in terms of doing business. I plan to replace some more windows in the summer, so most likely I will call them again.

Description of Work
Michaels Construction replaced windows for us.

Everything went very smoothly. Geoff, the salesman, was very professional and careful to see that the order was correct. In spite of that two small windows were incorrect coming from the factory and one large window had a broken fin. Replacements were ordered on a rush basis but had to be installed a week later. The installers, John and Manual, were super. They can do this stuff in their sleep so were very efficient and professional. They were very pleasant, helped train the tenants to use and maintain the new windows, and left things clean each day. All in all, a positive experience.

Description of Work
They replaced 28 windows on a two story old house that is now three apartment units. Some were old wooden double hung windows and some were old aluminum frame casements. All were replaced with Simonton "replacement" windows that means that the existing frame stays in place. Special casing was added to the old metal windows so that they looked more like the even older wood windows.

I found Michael's windows through Angieslist. They were highly rated. They showed up on time for measurements. The product (Milgard) took longer than anticipated to arrive. Once the windows were here, the crew showed up on site to install them at 8 AM. The crew foreman was impatient, got angry, and kept saying this was suppose to be an easy job. This taking too much time. We are not going to make money on this job. He spent most of the time on his cell phone complaining. By noon, I complained and they sent another foreman to help him. The second guy was patient, polite, and very helpful. He sorted out the issues and installed the windows. One of the biggest problems was that the MILGARD window wer defective. Both windows. I was shocked how poor the quality of the material were. We have spent three months and four site visits to get these windows fixed. Milgard should be ashamed for building such poor quality windows. All the problems were quality issues (wrong hinges were installed and the windows would not open and close. the locking mechanism was not screwed in. It was just sitting there waiting to fall. I think Michael's stood by their agreement and fixed the windows that is why I did not give them F. However, I gibe Milgard double FFs for their product quality.I will not use Milgard in any future products. Home Depot discount windows are better quality and significantly cheaper.

Description of Work
We used Michael's windows installation to change two large windows. They measured, ordered, and installed the windows. They used Milgard windows. Installation was a very stressful process. The windows were extremely poor quality. The time to service the windows were extremely long. The Milgard Service department was not accommodating. The first Milgard crew were not that aware of their own product features. The second crew was better and ordered the parts we needed, and came back couple of weeks later to replace them. Then they had to come back and fix the locking mechanism.

They were friendly and professional and always here on time. The project went exactly as they said it would. They were in and out in less than a week and we had over 25 windows. We had one window that leaked slightly and they were back within 3 days to fix it. It has been over a year and we have had no problems with any of the windows. We are more than satisfied with the product and their work.

Description of Work
Micheal's installed all new windows in our 2 story home including two large patio doors and a greenhouse window.

Everything was excellent with Michaels. They have a great price. The have really nice owners.

Description of Work
They installed windows.

It tool exactly one week (5days) to remove the old windows and doors and install of the new ones. The person who provided the bit was prompt, pleasant, and professional (Jeff) and the installers were the same. There was not one glitch...we love our new windows and was more than happy with Micheals!

Description of Work
Michaels installed 26 windows (including a large greenhouse window in the kitchen) and two sliding patio doors in our home.

The prices were less than others and the quality of the windows was good.

Description of Work
They installed 2 front 70" wide x 48" tall vinyl Milgard windows. They were retrofit windows and they were for a rental unit.

Michael's Construction didn't harm my stucco anywhere. They were able to work on the sliding door without tearing down the patio cover. They framed the sliding doors in since it wasn't done that way originally. I will use them again.

Description of Work
Michael's Construction was hired to replace all the windows in my house and the sliding glass door.