Air Duct Cleaning
Dryer Vent Cleaning
Heating and Air Conditioning
Licensing
Bonded
Insured
All statements concerning insurance, licenses, and bonds are informational only, and are self-reported. Since insurance, licenses and bonds can expire and can be cancelled, homeowners should always check such information for themselves. To find more licensing information for your state, visit our Find Licensing Requirements page.
Business Details 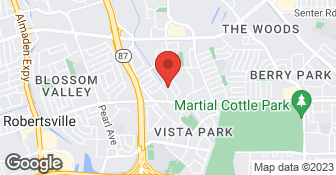 If you leave anything unattended, its condition gradually deteriorates. Your ducts are not an exception. They are responsible for transporting the air that you breathe. To ensure that you are breathing clean air, the ducts must be clean. If an air duct is contaminated due to rodent droppings or mold, you are breathing in that contaminated air. Believe it or not, such contaminants are capable of ​causing immense damage​ to your ​health and body​. If you or your family experience recurrent sneezing or constant symptoms of disease whenever in the house, or face any difficulty in breathing, your air duct could be the culprit. It's the reason why air duct cleaning, and sometimes air duct replacement is so important in some cases. If you get your air duct cleaning done from Atticali, you can expect to: Increase energy efficiency while cooling and heating Remove musky odors Prevent asthma and other breathing issues Improve air quality Save on energy bills Regulate home temperature better

Since the heating, ventilation and air conditioning system is open and circulates air all the time, it is likely to accumulate dust and pollen and possibly fungi and bacteria as well. Rely on us, at Silicon Valley Air Experts to remove these harmful particles and to leave the surfaces spotless. Our company has long-term experience in the industry and is known for delivering optimal results in little time. In addition to cleaning all HVAC system components that get dusty and dirty, we can fix them as well. This is how we ensure high indoor air quality at all times.

Wayne and Joe arrived on time, assessed the situation, and were working within minutes.  He told me what he was going to do and began working.  The job was a difficult one, so it took about an hour.  Wayne kept working when others gave up early on.  He gave me advice for keeping the dryer vent safe in the future, which I appreciated.  Now I know that if I no longer hear the air flow on the outside...

DESCRIPTION OF WORK
Wayne and his assistant, Joe, cleaned our dryer vent line.  We had been told by other dryer vent cleaning companies that the job was impossible due to the square pipe an 90-degree turns, but Wayne was up for the challenge.  It wasn't easy but he cleaned the entire length of ducting all the way to the dryer, and now the air flows beautifully.  He approached the problem from the outside and worked his way to the dryer.  His method worked so well.  I can confidently say that if you need a dryer duct cleaned (provided that the duct is not water logged and soupy), Wayne is your guy.  He knows his stuff!

They were on time and only took about an hour to clean. Any furniture they had to move to get to the vents was placed back. No scratches were made on laminent flooring or walls. The machine was noisy and my cat was a bit freaked out, but she got over it once they left. The also made recommendations on which vent covers I should try to replace due to rust they noted. I bought my home from a smoker ...

Only thing was that at first, he said he couldn't do the job as I am a second floor condo.  I said, I was sorry, I had told the Concierge I couldn't find anyone to do the work (the man from AAA furnace Co. initially came, I used them at my townhouse in Menlo Park, said I must get a co. with HVAC cleaning--companies would know.  Well, no one knew, and I needed help.  The Concierge was very helpful,...

DESCRIPTION OF WORK
Thoroughly cleaned 5 air ducts:(removed cover, used large hose to clean, large tube to get the dirt out of the second floor condo and down to the truck parked outside).  Also, cleaned the area where the filter goes in, it was neglected, very dirty, used their super suction to get all that dirt (years worth) out of my condo.They used a large portable machine, 5' high and several feet wide and two med in the condo to clean, and a man in the truck to be sure the connection held and was pulling out dirt.  The workers all had on matching shirts and worked well together.  They take pride in their work.  thank you, the Concierge service for finding this co.

Father and Son team. Did a great job.

Completely satisfied.  Best $300 I've spent in a while.   I believe the vents Wayne installed will last longer than my house.

DESCRIPTION OF WORK
Wayne did an artful job of replumbing our dryer vent.  I had done the vent with flexible piping years ago, but we are now renting the house and I was concerned with the lint that had been building up in the corrugated piping, especially since I doubt our tenant will be as careful cleaning the lint out as us.  Wayne arrived on time (actually EARLY - but he called to make sure it was OK)  and listened carefully to what I wanted to do.   He made some great suggestions regarding the path of the piping to minimize lint buildup and moisture.  He used heavier duty pipes and connections.  It looks and works great.   We chatted off and on while he was working and he educated me on the important aspects of a well functioning dryer vent.   I really appreciated that.  Wayne rocks!  My only regreat is that I did not have him do the venting 10 years ago the first time.