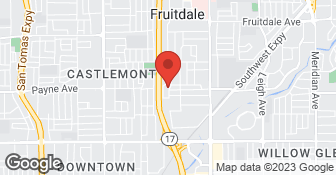 We are a customer oriented Junk removal, Demo and Recycling business committed to accommodating the needs of homeowner’s, Real Estate Brokers, Property Managers etc. We are flexible to accommodate our client's busy schedules as much as possible. We complete the job in a timely manner....

Arnold's hauling is the best! We had a large shed that was built as an "add-on" to the garage that we wanted gone. Arnold and his crew were professional and so fast in their work. There was not so much as a nail left behind after they removed the debris. Prices are very reasonable and would definitely hire again.

Description of Work
Demolition and removal of a large backyard shed.

Arnold and his brother did an amazing job. They did the work in 2 days, while updating us as the work progressed. They really cleaned up afterwards as well. Arnold is a friendly guy and easy to work with. I would highly recommend him!

Description of Work
We had a large filthy old 2 bedroom, 2 bath rental condo that needed complete gutting, including appliances, sinks, rugs, linoleum, tile both on walls and on the floor, a bathtub, toilets, etc. etc.

It was a pleasure serving you thanks so mucch for your business...
5.0

He showed up and the agreed upon time. He took very little time to go ahead and load up all the jink that I had, some of which was quite heavy. He took it away and the whole transaction was completed in a very short time. There are other junk haulers but they are all in the same general ballpark on price.

Description of Work
He removed junk and hauled it away.

He did a fine job. I had a bunch of stuff that was in my backyard that I needed to get hauled away. He did a fine job.He was on time. He did what he said and charged what he said. Overall, he did what he said. He did require that I had everything piled up in the driveway. He didn't want to take away. He didn't want to have to pick it up in the backyard or anywhere. Me being a single person that's kind of hard for me. I had a trunk to get rid of and some larger items. So, I had to get somebody to help me move all of that. Usually, when I get somebody to haul stuff, they would do the moving of it, but he wouldn't. He said it had to be piled in the driveway. Maybe that's standard for some people, that's the only issue that I had. I think $179 was reasonable. The quality was fine. He called me back when I called him. I didn't have any needs, I just wanted to get rid of all that stuff. He was on time. He couldn't have been any more professional. I'm thinking about using him again. It was just one person that came out to complete the work, it took 10 minutes. I had it all stacked up and ready for him. The area was fine after he left. He delivered the service as promised.

Arnold and Casey have helped us before. As usual it went very well. They worked hard and efficiently and caused no damage to adjacent structures.

The service was excellent. If I want to use them again, I will use them again. They are very personable, very comfortable, on time, very quick, fast, and very efficient. I will continue to use them if I need it. The price was very precise to the estimate. The price was reasonable. There was a discount. It was a good service and I will support them.

Description of Work
They did junk hauling.

"NO SHOW" Please credit back my credit card thank you.

Description of Work
Money was paid a "no show". Please credit back my card. Took a day off of work for nothing.

Hauling & Demolition We guarantee your satisfaction and we won’t leave until the job is done right. We pride ourselves on the quality work we provide, while delivering great customer service! Check out our services offered and call or click to schedule a free estimate today.  …

Our company prides itself o installing system that work to project you home and business. Drainage is unseen area of homes were built in the 1950’s or earlier. Due to age, quality of the materials, and dated construction techniques, many older homes are more vulnerable to the effects of water weather and aging foundations can shift due to soil conditions.  …

We are a family business who are extremely passionate about the work that we do. You can depend on us to provide a high quality service at a fair and honest price. We understand that the future of our business depends upon our reputation and that is why customer service is by far our highest priority. If you are looking for a professional business you can trust, please call today to schedule a no-obligation estimate!  …

How is Arnold's Hauling overall rated?

Arnold's Hauling is currently rated 4.9 overall out of 5.

Are warranties offered by Arnold's Hauling?

No, Arnold's Hauling does not offer warranties.

What services does Arnold's Hauling offer?

Are there any services Arnold's Hauling does not offer?