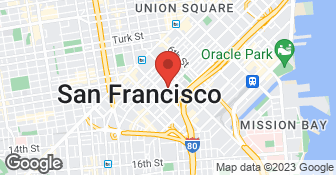 Family owned and operated. Design and manufacture on site.Silversmithing and electro plating, polishing.Restoration of antiques.

Heartbroken! Is an understatement! I’ve own a 200 year old palace size coffee & tea service made in 1822 in Boston by Samuel Kirk since 1985. Lovingly hand polished at home for 40 years I took it to Biro ‘thinking’ they’d treat it with respect and care as a conservationist would, especially since they charged me thousands of dollars for their services. My set is literally a museum piece - the San Francisco De Young Museum has the exact same set magnificently displayed in the center of one of their prominent rooms. Wrong! They put my set on some sort of polishing machine and grinded off much fo the hand work which had stood for 2 centuries! They ruined it. I also took them wedding silver hand made in 1908 by Shreve’s of San Francisco. Hand hammered flatware sterling silver beautiful with a lovely upturn at the end of each fork and spoon: they ruined it. Polished, yes. Gleaming and shiny, yes but 98% of the hand hammering is gone as are all the gentle upward curves on my family heirloom flatware. Heartbreaking! Then the 1930’s coffee & tea service was so grinded down by not doing hand work but putting it on a machine the engraving was smeared and illegible. Both brothers lied to me and said nothing was put on a machine. Martin brought out lamb’s wool or something similar - lied to me saying this was used / how’d the hand engraving work vanish? The younger brother yelled at ME as though I’d done something wrong and stormed out of their front area to the back and refused to speak to me again. Martin at least offered to restore the monogram on ONE ☝️ piece of that set but the other 6 are still smeared. Martin ‘said’ he’d re-hammer my 1908 Shreve’s sterling flatware - I brought it in - it was worse as he removed even more hand hammering and flattened the curved ends out on all the pieces so they matched. It’s so upsetting I cannot tell you. I tried yes them with my most beautiful and valuable treasures - items very important to me- paid them several thousand dollars to with care hand polish my 200 year old set - they ruined it. Martin at first offers to give me my money back but never has. I went into his store recently - he wouldn’t even talk to me. I’ve never yelled at him but his brother did to me. I’m so sorry I ever believed their reviews and trusted them with my precious museum quality treasures. And they thus far have not offered restitution- now I’m faced with legal recourse? I’d have been so better off if I’d never gone into their store - they treated my museum quality antiques as though there was nothing special about them. And they were so expensive!! Thousands of dollars I paid them and they ruined my things. Of course they’re still useable but that hand workmanship by master silversmiths is grinded down by their machines which both brothers lied to me and denied using. Recently when I went to speak to Martin Biro in person and show him my damage an employee answered the door and let me in. He, admitted, told the truth: they did use machines he said and when I asked why he said because they’re more efficient. So charging me several thousand dollars for handwork yet using machines removing 200 years of museum quality engraving irreplaceably and now they won’t talk to me or give me my back. Even if they refunded the 3-4 thousand dollars I paid them how can the relief work the silversmithing ever be restored on my 1822 giant coffee and tea service? It’s gone, forever. Now I’m agonizing over whether to spend more money on a lawyer. This is so grievous especially because the Biro brothers won’t even talk to me to work out some type of restoration even though my losses can never be restored.

Description of Work
monogramed a platter and refurbished it

Simple task - remove old solder - take small dent out Went in with angels blowing horns on both sides and leaves throughout - came back with almost all detail pounded away and mangled beyond recognition - went in a valuable piece of art came out worthless junk Now they're trying to spin it - really not in a nice way!!!!!

Great Metal Designs is a custom ornamental iron work company based in Menlo Park, CA. Our doors have been open since 2011 and during this time we have had the pleasure of serving a broad range of clients. As a custom metal fabricator every job we build is unique & tailor made to our customer's specifications, always ensuring their complete satisfaction and using American made materials only. Call us today for any and all your metal fabrication needs.  …

Feliciano Remodeling, is committed to excellence in every aspect of our business. We uphold a standard of integrity bound by fairness, honesty and responsibility in all of our jobs. We are a locally owned and operated business with more than 2 years of experience serving San Francisco, CA and surrounding areas. There is no job too big, or too small for our team  …

I am a 6 year welder. I offer mobile welding and fabrication services. I regularly do gates and railings, trailer repair, and custom fabrication projects. I am very proud of the work I do. I am also a Marine Corps veteran  …

Biro & Sons Incorporated is currently rated 2.3 overall out of 5.

No, Biro & Sons Incorporated does not offer free project estimates.

No, Biro & Sons Incorporated does not offer eco-friendly accreditations.