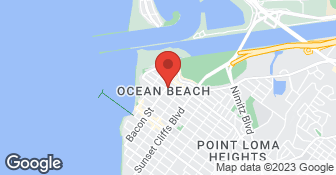 Terrible. Worst service I have ever experienced. Do not recommend

Description of Work
DO NOT USE. John and Pam Sherry are two of the most unprofessional and rude people I have ever met. Myself and 2 of my other neighbors were having John redo all of our side fences and gates, and had worked out a deal that seemed feasible for all parties involved. The estimate we were given included both fences for all 3 neighbors, and gates for 2 of us. Later in the process, Pam tried to tell us that we would need to pay extra for the second gate, even though we had already included it in the official contract. Finally John installed the gate, but with old and damaged wood and hardware. The job was extremely poorly done, so my neighbors and I agreed that we would not be paying the final 25% of the payment until the gate was done right. Pam began sending threatening and rude messages that were extremely inappropriate. We responded by saying that as soon as the gate was done correctly, we would pay in full. She was not open to resolving the issue that was their fault, and instead made the situation a horrible experience for everyone. It is clear that she has never had any business training. Finally the gate was redone, and both neighbors and myself paid in full. She then proceeded to file a complaint with animal control and lied saying that one of my dogs had attacked one of the workers. This was ironic because it was filed after she gave us so much trouble, and they had a dog running loose on the worksite the entire length of the project. One day during the project, I announced to everyone on the worksite that I would be letting my dog out to go to the bathroom, and if they could please clear the area. I thought that everyone had heard me because they cleared out, but apparently there was one worker who had stayed on the site. I went out with my dog so that he could do his business, the dog saw the worker, and proceeded to bark at him. My husband and I were right there with him, and had him back in the house within 1 minute. No contact was made between the worker and the dog, however Pam, who was NOT there, decided to take it upon herself to file a report saying that my dog had attacked the worker. Again, she is extremely unprofessional and handles business with emotion instead of professionalism. Do NOT use this company. The work done is okay however the management is absolutely terrible and disrespectful. I have never experienced anything like this before.

SIMPLY AWFUL!! The "handyman", John Sherry was frequently drunk while doing work. His business manager, Pam would occasionally be very reasonable and almost sweet, but would then pull a 180 and call me leaving swear laden messages and slurring badly leading me to believe she was either inebriated or using some sort of drug. I allowed John access to a storage shed on my property to store equipment for his job. I went by to check on the property and found that he was renting the shed out to a young homeless man to sleep in! When I went to terminate my business relationship with John he told me that if I did not pay him $17,000.00 he was going to sue us because Pam tripped on an oversized step on our property and broke a finger. Ironic thing is, John purposely built the step illegally in the first place, and I now suspect he did so specifically to have the lawsuit as a backup plan. I am in the process of suing John and Pam for over $4,000.00, which they have infomred me they will never pay even if the courts order it. PS: His business address is a lie. He has no affiliation to that property, I have checked.

How is CONQUEST CONSTRUCTION overall rated?

CONQUEST CONSTRUCTION is currently rated 1 overall out of 5.

What days are CONQUEST CONSTRUCTION open?

No, CONQUEST CONSTRUCTION does not offer eco-friendly accreditations.

No, CONQUEST CONSTRUCTION does not offer a senior discount.

Are warranties offered by CONQUEST CONSTRUCTION?

What services does CONQUEST CONSTRUCTION offer?