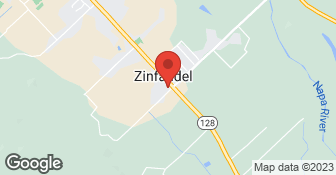 6 EMPLOYEES. COST IS DETERMINED BY THE JOB. NO TRAVEL CHARGE. NO SERVICE CHARGE. MAY CONTACT THROUGH EMAIL....

We are a locally owned and operated small business specializing in transforming your outdoor living areas into functional and stylish retreats for you, your friends, and family. Our office is open Monday through Friday from 8:00 am to 5:30 pm and Saturday by appointment only. We accept cash, check, credit cards and we also have attractive financing options available. Ask about our monthly specials and promotions! We look forward to creating your custom TPC dreamscape!  …

We are providers of construction services in the Sonoma and California area. Our mission is to maintain the highest quality and professionalism from start to finish. We are confident in our results because all our jobs are custom needs to each home. We strive for the highest degree of quality products and workmanship. During the years in business, Alfredo Hernandez has satisfied many customers. It is our reputation of quality work, professionalism and customer service that our customers continue to rely on us for their needs. To understand the needs and expectations of our customers, we take great care to work and communicate with every customer in a professional manner. We base our reputation on service, safety, and quality. Call us today and find out how we can meet all of your landscaping replacement and installation needs!  …

Lee, they guy that came out was great. He said he had to get back to the boss for an estimate and that was the only problem. I had to ask several times for the estimate and it took a long time to get to me.

Description of Work
I asked for an estimate on a deck in IPE. I did not hire them to do the work.

Chris and his whole crew were conscientious and extremely pleasant to work with. All in all, I feel the job was carried out in an extremely professional manner. Chris knows his business and will make sure you get the deck you envision. I have received rave reviews from all my guests and am very happy with the result.

Description of Work
Removed old second story decking, build new deck, railing, stairs, and deck cover to provide shade and support photovoltaic panels to my specifications out of hardwood with aluminum railings. I also wanted a dry patio under the deck so he designed a water proofing and gutter system under the deck. Chris worked closely with me to design a deck that fit my vision. Most of the work was completed last fall in a timely manner but because of other construction work I had going on around the house he agreed to come back when the other work was done to apply a new finish to the deck. The final finish was applied this summer along with some minor finishing repairs.

Chris and his crew led by Lee did an outstanding job. They came out to check the cable rail materials which we had ordered directly from the manufacturer. When the deck was ready the installation of the cable rail was done efficiently and with excellent workmanship. We had purchased Trex composite decking to use for the handrail. The materials received from Feeney did not include spacers for the pickets. Lee did a beautiful job of fashioning spacers from the Trex material and also of making and attaching Trex pieces that he cut to finish the ends of the Trex hand rail. Overall we were very pleased with the results.

Work greatly exceeded original estimate because of poor condition of existing deck. Destruction went quickly/smoothly. Two month interruption when we found out we needed an architect and permits (were told it was not necessary for a re-build). After initially supervising workers, the contractor seldom visited the site. His workers were inexperienced, off-the=street workers who had NEVER built a deck. The end result was unsightly and unfinished- we made the mistake of giving a final payment after he promised to return to correct work. No worker ever came back. Furthermore, we hired one of his sub-contractors to build steps and install an outdoor kitchen. After collecting $1500 and working 2 days we never saw them again either. Yes we have a deck now, but it doesn't look like a $50,000 deck. Although it is mostly composite, he used poor quality wood for fascia and elsewhere. Paint started to peel after 6 months. Not happy with cost, quality, or lack of response.