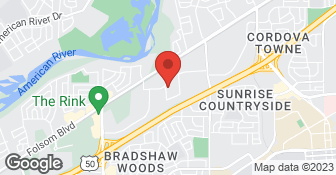 Call Today and get 2 Months FREE on a new pest service!

This company is on the ball. My appointment was scheduled very quickly. The inspector was knowledgeable and professional. He quickly identified the captured bugs as flying ants (not termites) and proceeded to inspect our attic, which was next to the room in question. He discovered rodent scat and the lack of insulation, two things of which we were unaware. The office person followed up immediately with a proposal.

Spray inside and out for fleas, first time I've had fleas since I moved in 22 years ago, all contacts have been very helpful and answered all my questions to help get rid of these pests I hired them for the full year because my neighbor has way too many cats I think they just jump in my house as my cats are only in Indoors

Description of Work
Spray inside and out for fleas, first time I've had fleas since I moved in 22 years ago,

I've used them for the last several years. They charge $84 a quarter. They come out and spray all around. It probably takes them 15-20 minutes. Sometimes I thought that the cost is a little bit high, but I think that's probably within the range of what other people charge. The good news is, we had ants before we hired them, and we've never had ants since. So we've been using them for seven or eight years. We have no ants and of course, nothing else really. But ants was the problem that was getting into our pantry. They could charge less. They were coming out every two months and then I decided I'm not sure if they needed to come out every two months. So I switched to quarterly, every three months, but the price went up. I think it was $68 every other month and then it went to $84 every three months. So it's like I'm paying almost the same amount, but the product is good and we haven't had ants. So I think they're doing okay. I will continue to use them. They do call, they call before they come out to let me know they're going to come out the next day or so. I've been here when they've come out. So they do fine.

Description of Work
We use Millennium for pest control. They come quarterly and spray around the house.

Drilled every ~12" around home & garage in soil and thru all concrete adjacent areas to ~16" deep and added chemical deterrents. Patched all concrete penetrations.

They were available. I researched them, and they were reasonable, prompt, and reliable. The price was pretty competitive.

Description of Work
I used Millennium Termite & Pest for a termite inspection. They did a pest inspection for the refinance.

I called around and got price of three different inspectors. Millennium was in the middle price wise, but had the earliest availability. They arrived on time and performed a very complete inspection in a timely manner. They were also able to provide a quote to repair some minor issues. My only complaint is that I experienced a delay in getting the inspection results and a the quote for repairs. I was told at the time of inspection that I would receive the inspection report the next day and it took them an extra day to get that to me. I was in a hurry and that delay caused me some issues.

Description of Work
I needed a termite/dry rot inspection done for a refi I was doing. I also needed a quote for any items that needed to be repaired.

Millenium was very easy to work with. Coordinating the service was fluid even though I called from a different state. They even provided a quote for additional services after the inspection, although I felt that was a little high.

They're wonderful, we very happy with them. The time we did search they were excellent.

Description of Work
I used the Big Deal and pests control/exterminating service of Millennium Termite & Pest. We just signed up for a long-term contract with them so they came up monthly and checked everything.

They are very good. They are have friendly systems where they don't put out animals, in addition to the kill them system. We have animals so it is good. They have been doing ground work to make sure that we don't have a problem. We checked out 3 different companies, and had all of them come out and give us estimates and do a little bit of work before we chose these guys.

Description of Work
We use Millennium Termite & Pest. We are on an annual contract with them, and so they come out quarterly.

Everything went well as usual. They have proven to be very reliable, and they always show up as scheduled.

Description of Work
They inspected the house for signs of termites and inspected the prevention system that they installed earlier.

I am a regular customer. I like them. Right now I am struggling to pay the fee. I don't know if they are higher or lower than any other companies. They are fine. They have come out for a few other issues. I had a bat problem a few months ago and they took care of that. I have an annual plan and I was upset because bats were not covered under the plan. They charged a lot of money upfront when I had some dry rot. They also do the inspections for termites. They found extra things that they had to repair when I bought my house. It was several thousand dollars. They are really good about coming out and helping me with little problems. My only issue is the price.

Description of Work
I use Millennium Termite & Pest every other month to spray.

I would recommend Millennium Termite and Pest. They did a really good job, got rid of the problem. The price is what I had an issue with. I was okay with the original price, but as they got in to doing the job, they found more damage, so it ended up costing a lot more than I had planned on. I would use them again if needed.

Description of Work
I use them to spray for spiders and other pest. I also had them do some repairs on dry rot.

They're very good. They're very professional and they're on time. They work with you around your schedule. They'll call before they come too.

Description of Work
They do both indoor and outdoor pest control for me.

I have a system outside my house that they monitor each month for just termites.

We have used Millennium for years but, took them for granted until this year. We were selling a home and needed to maintain a home. Our realtor suggested a home inspection company for the sale and I got a quote. Millennium was cheaper and Frank was friendly, fast and professional. He took the time to answer my questions and show me what he discovered. As a professional, he explained that his company has a construction license and would like our further business if we chose to complete the repairs. For home maintence, we have had a pigeon problem for 2 years. The feces on our upstair shutters was very noticable on the green paint. The nesting materials they were bringing in covered our front walk and poarch. After looking on Angies' List, I contacted Champs and got a quote. Millennium does not advertise for birds so it didn't occur to me to call. Only after Champs bid came in for $500 did I call Millennium. Millennium wanted $400 for the same job! Michael did the estimate and another technician does the actual thorough cleaning and completed the contracted spiking. We are thrilled with the results. No more pigeons. They moved next door. Good thing the neighboors are easy going folks.

They seem to be a reasonable company. They were able to do the work I needed. A lot of companies did not service termite control.

Description of Work
They came out for an evaluation, put down some base stations and I also signed up for a maintenance package. They have already been back once to check on the base stations.

Landscaper and assistant did an excellent job and the finished product exceeded expectations. Have had people passing buy commenting positively on the results. Really improved appearance of front yard.

Landscaper and assistant did an excellent job and the finished product exceeded expectations. Have had people passing buy commenting positively on the results. Really improved appearance of front yard.

I WAS NOT HAPPY WITH THEM AT ALL. THEY DIDN'T TELL ME UP FRONT THAT I HAD TO PAY THEM TO DO THE INSPECTION. I THOUGHT THAT THEY DID OKAY WORK AFTER THEY ACTUALLY GOT DOWN TO IT.

Description of Work
THEY INSPECTED MY HOME FOR TERMITES.

Atlanta Interlocking Pavers focuses on Paver Installation. As Certified contractors & CSLB licensed we are Experts at designing and constructing Hardscape & landscaping. We will create the perfect addition to your yard, guaranteed. We pride ourselves on our unmatched knowledge and expertise in Demolition and Building services. Our History - Established in 2006. To talk about our business, I have to mention the greatest of times that we had in Massachusetts when everything started. We served the Boston area for 16 years as Landscape Design performing the beautiful connection between Landscape & Hardscape. Especially after spending time at PaveTech - School for Segmental Paver and became an ICPI Certified Installer. Now we are serving Sacramento and surrounding countries with all that we have in our hands to make you happy. Best Regards Joe Aquino Ceo/Project Manager  …

Quality Not Quantity, is our motto at David Morris Concrete. It doesn't matter how large or small the job might be. We take pride in our attention to the design and detail that is put into every job. Superior craftmanship, quality materials and excellent customer service equals satisfied customers. That is what David Morris Concrete has promised and has consistantly delivered to all of our customers since we opened over 45 years ago.  …

Bonded
Insured
All statements concerning insurance, licenses, and bonds are informational only, and are self-reported. Since insurance, licenses and bonds can expire and can be cancelled, homeowners should always check such information for themselves.To find more licensing information for your state, visit our Find Licensing Requirements page.
General Information
Free Estimates
Ask For Details
Eco-Friendly Accreditations
Yes
Payment Options
Check, Visa, MasterCard, Discover
Senior Discount
No
Warranties
Ask for details

Millennium Termite & Pest is currently rated 4.6 overall out of 5.

No, Millennium Termite & Pest does not offer free project estimates.

No, Millennium Termite & Pest does not offer a senior discount.

No, Millennium Termite & Pest does not offer warranties.