Make It Easy On You Moving LLC 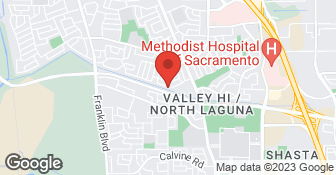 We are available for packing, unpacking, loading, unloading and moving...

Auburn Moving Company is a locally owned moving company in Auburn, CA. We service all of the foothill communities of Placer, Nevada and El Dorado counties east of Sacramento as well as Sacramento County itself. We provide local & long-distance moving for residential, office & industrial clients, expert packing & crating services, and storage.  …

My name is Kevin and I am the owner of Make Your Move Folsom. I have built my business on 13 years of dedicated service. Yes, walking the walk everyday, year after year. Moving may seem like a simple task just like throwing a football, but not everyone is Tom Brady. My experience proves to me that actually very few people meet my standards, or should I say, done what I have. We exceed state minimums for insurance and provide 100% FULL VALUE coverage with -No Deductible-free of charge. So yes, I trust my crew. I am extremely concerned about their performance and character because not only your money, but my money is on the line, as it should be. I have spent seven years on the back of a truck every single day as well as another five running a proven and successful business simply because I enjoy helping people and making them happy. We are a family run business and truly care about making a difference in the moving industry. Trying to establish ourselves as a company you will tell your friends and family about for future moves to create a family type relationship. 75% of our business is repeat and referred customers, so we hope you will consider giving us a chance to take some of the stress out of the moving experience by booking your move with us.  …

Josiah's Moving Up and Beyond

We are a small but reliable moving company, with over 15 years experience in the moving industry. I just opened my own business in July and I have over 15vyears experience. We treat every house hold item as it's our and do our very best to go up and beyond the moving expectation to make you happy  …

I hired Tim and his crew to help me move from a rental into my new home. I had to change the date a few times because I was remodeling my new home and there were delays in completing the remodel. Tim was wonderful and so easy to deal with! He was so understanding about the delays and offered several alternative dates for the move. When moving day came, Tim and his son were very professional and efficient. They filled every inch of the moving truck, then unloaded boxes and assembled furnishings at the new house. I highly recommend "Make It Easy On You Moving".

Description of Work
Moved my household to new house

Great. This outfit is professional, helpful, courteous and efficient. I first met then because they bailed me out of a bad situation: the packing company I hired canceled out literally the morning of my move. These guys were willing to pitch in on no notice. Imagine what a nice surprise when they ALSO turned out to be the most efficient and courteous team I’ve worked with in any move I’ve had! Tim brings a team of however many helpers are needed, as well as things like dollies and moving blankets. I especially liked that they were really good at moving odd shaped items – they broke down and reassembled three boxes into this totally awesome artwork moving container, for instance. I’ve hired them again twice since then, and each time has been awesome. I’ve also expanded out into asking them to assemble furniture I bought, and also today they are taking a table to a friend for me - I think they can do just about anything that requires strong capable help.

Thank you [Member Name Removed] it has been a pleasure working with you
5.0

Very well. The company was easy to work with. They were professional and courteous. I will definitely use again for my next move

Description of Work
Load and unload a POD

Thank you [Member Name Removed] it was a pleasure working with you.
5.0

excellent! I will definitely call them again for my next move

Description of Work
Moving a 4br house at the last minute