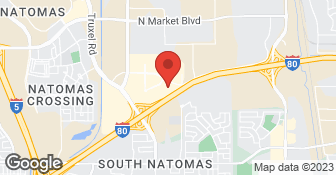 Local Expert Geek Squad Agents can fix your Appliance or TV regardless of where purchased. 90-day warranty along with professional, quick, and clean services. Check us out online, by phone, or at over 1,100 Best Buy stores. ...

My car stereo and part of my dash got ripped out by thieves, along with two amplifiers. I was left with a broken dash, front and rear speakers, and the amplifier for the front speakers. I fixed the dash myself with junk yard parts, but delayed getting the stereo replaced until about 10 days ago. On impulse I looked into getting a new stereo and getting it installed at Best Buy while I was stuck in the neighborhood killing time. There wasn't anyone in or near the car stereo department. The department was small and set up like most electronics box stores. They had a wide selection of head units on display, all of them powered on and working. However, as confirmed later by an associate, none of them were connected to speakers. That isn't actually a big deal since it would be a terrible environment to evaluate sound quality anyway. As is normal with this type of store, there wasn't much information available about the units. Each unit was marked with a little card including the price, model number and a few features. I was surprised to discover that there were units that integrate with Android phones. This includes playing audio from the device over blue tooth, controlling playback for the music app (next, previous, play, pause, select song, select folder, random, etc.), using the car stereo to make and receive hands free calls, some units will even control the Pandora app, while Kenwood has a special application you can install on the phone for extra integration features. Many of these immediately became required features. Within 10 minutes an associate came over and offered her assistance. She was very friendly and eager to help. The girl didn't know much about the more technical details of the units, and nothing about Android integration, but she helped me look at the specs, told me what she knew, was honest about what she didn't know, and offered to bring out someone from the install department which I asked her to do. I wound up talking with Michael, the manager of the install department. He answered my questions, although he didn't have any information or experience with Pandora integration or the special applications offered by Kenwood. Regardless, he was knowledgeable and quickly answered my other questions, helping me narrow down which units would work for me. He even went out to my car and inspected it so he could give me an accurate quote. Since my last stereo was stolen it was a rather odd install. A button panel was broken and could not be screwed back into to the dash, he offered to fix it as part of the standard install. Also, since I used to have an amp for my rear speakers the wiring would have to be changed to use the new head unit instead. Since the original factory wires were still in place he offered to reconnect them for free as well. Finally, he said he could repair and re-use the damaged wiring harness that the thieves left behind so I didn't have to buy a new one. A local boutique I talked to wanted to charge me for every one of those things. The head unit that I picked out was on sale, saving me $20. When you add that savings to the free repairs mentioned above Michael's quote was a full $105 lower than the local boutique. He could have installed it while I waited but it would have taken 2 hours. Instead I scheduled the install for the next Saturday morning with a promised 1 hour wait. He didn't even make me go back to his department or call the normal hotline to make the appointment/ He just asking me when I wanted to come in and added me to the schedule himself. When I arrived for the install they immediately got started on my car. He remembered all of the details we had discussed. When he wrote out the quote there was a $5 materials fee that he hadn't included in his first quote but I didn't complain. He also told me that it would take 90 minutes instead of the 60 that he had told me when I made the appointment. However, they actually finished in just over an hour so I didn't complain about that either. I can't find any fault with the work they did. It's clean, and every-thing works. I was particularly impressed that they took the effort to taking apart the dash and trim to invisibly route the microphone (for the blue tooth calling feature) to the roof, just above my rear view mirror. Michael told me that that placement produced much better call quality than mounting it in the dash (which would have been much easier). The people I have talked with through the stereo report that the call quality is excellent. Overall I'm very happy with my experience and my new car stereo.