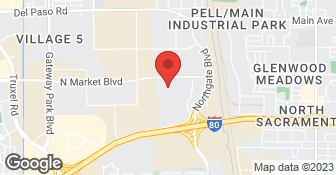 The floors were hard to find but Altec searched out and found the perfect match. They paid a lot of attention to detail and were very personable to work with. I am getting a quote generated for exterior painting now. Five Stars!!

Description of Work
Altec came in and replaced my engineered floors to perfection.

Description of Work
| |ALTEC | |Tuesday 8-6-2013 | | Met with Roy Forehand. Said his company (Altec) could do the job for the amount of estimate. | |Wednesday 8-14-2013 | | Met with Brent Dorey of Altec. Said personnel would be here next Wednesday and Thursday to begin. | |Wednesday 8-21-13 | | Sean and Todd showed up and completed their work around 1:00 pm. Said the person doing the stucco would be by the next day at same time. | |Thursday 8-22-13 | | No show for stucco people. Called the office about 9:30. Was told someone would get back to me later that day. Did not happen. | |Friday 8-23-13 | | Altec called and said it couldn't be done until Monday at same time as before. | |Monday 8-19-13 | | By 9:00 no stucco people. Called Altec. No answer. Left a message. It is now 4:45 pm and no return call. Stucco guy did show about 10:00 and did first half of job. Will be back tomorrow to finish. Then will WAIT for paint people. | | A little past 8:00 pm and still no return call. | |Tuesday 8-20-13 | | Stucco man finished the job. Looks good. Now for the painter. Still no return call from Altec. Will call them now (3:55 pm) to see if they know when the painter will be here. Wow!! Spoke with Brent. Said stucco has to dry a few days and the painter will be here Friday morning. We'll see. | |Friday 8-23-13 | | Painter (Norm) arrived on time and did a great job. All of the workers were excellent. Wish some of that would rub off onto the owners. Brent called about 4:27 to say he was sorry he couldn't come by to see how the job was going. Not a big surprise. He hasn't shown up for any other phase of the job. He did mention that Jill would be back next week to send me the bill. I know that will show up on time. | |Tuesday 8-27-13 | | Wow! The bill arrived. Shocking. Wish Jill had not been on vacation. Maybe the job would have gone more smoothly and phone calls would have been returned more quickly. | |Friday 8-30-13 | |Have call Monday to see if anyone is going to inspect the job. Doubt it. | |They did inspect after everything was done and nobody could see if any mistakes had been made. No surprise again. | | | |

[Member Name Removed], We sincerely apologize for this hiccup within our company, and are sorry this happened. The estimator and superintendent who took on your disaster have since been let go and are both working some place else. We are a company who prides themselves on integrity, best in class customer service, and quality workmanship. The fact that you did not experience this makes us cringe inside. Letting these two individuals go has been a blessing to our company. Hopefully by reading this you'll be happy about the decision we have made. Thank you for the comment. We believe it's comments like this that make our company better so we can better the people that we serve. Warmest regards, Altec Construction Inc.

Description of Work
They repaired extensive dry rot on facade around 2 windows in front of house and rehung front door which was stuck closed for years on and off due to ground movement.

My Mother-In-Law had just arrived the night before. I jumped out of bed and put a load of laundry in our GE clothes washer, then jumped in the shower. By the time I got out there was an inch and a half of water on the floor upstairs and the ceiling was leaking in the library downstairs. After the flood recovery company had demolished our library and a good chunk of the second floor, I felt like Tom Hanks in the Money Pit. Fortunately, the guest room where she was staying, the Master bedroom and the kitchen were all still livable. My insurance company recommended Altec Construction, Inc. They told me I could use whoever I wanted, or do it myself. But my adjuster liked Altec because he doesn't get complaints later. I wanted my house back the way it was as soon as possible, and I didn't have the skill to match texturizer. So I took the advice, and I'm so glad I did. Our foreman, Calvin, did his best to work with our schedule and get the work done as quick as possible. Most important, it's as if nothing ever happened. He made things better than they were before the flood. The quality of work was such that I couldn't tell work had been done. They did their best to match the carpet we had put in before. If anything, it's more comfortable to walk on than the other carpet in the house. I couldn't be happier with their work. After they said they were done there was only one small patch were the texturizer had sagged. Calvin came out and fixed it himself, and it's perfect now. Even though I was only responsible for my deductible, I still asked how much things cost. I found them to be very competitive with other quotes I'd got. But even if they were more, the quality of work would be worth it. If we ever decide to remodel, especially if it's beyond my abilities, I'll be using Altec.

Description of Work
We used them to return our home to it's previous condition after our GE washing machine flooded the upstairs. The carpets in all of the upstairs and the downstairs library were ruined. 80% of the drywall in the library, and the entire ceiling were demolished, as was all of the insulation. About 60% of the floorboards upstairs were removed and holes drilled into the wall. In the bathroom, laundry room and one bedroom had large sections of drywall and insulation removed. This was to allow everything to dry out. Altec replaced what had been removed. The texturizer was matched exactly. I can't see where the seams are. They closed the holes drilled in the walls to dry them out. And they matched the floor boards and door moldings perfectly. The paint was perfectly matched and redone. They replaced the carpet and were able to get very close to the color of the rest of the carpet. It's like there never was a problem.

Hello I’m the owner for Affordable Painting Service. We do the best in making your ideas a reality. We leave your project site clean! I’m licensed and insurance. There is no upfront deposit, we charge at the end of the job. Free Estimated!! if you have questions please contact me at 9169474947 or Email address is Pedros.adess@yahoo.com  …

Bonded
Insured
All statements concerning insurance, licenses, and bonds are informational only, and are self-reported. Since insurance, licenses and bonds can expire and can be cancelled, homeowners should always check such information for themselves.To find more licensing information for your state, visit our Find Licensing Requirements page.
General Information
Free Estimates
No
Eco-Friendly Accreditations
Yes
Payment Options
Check, Visa, MasterCard
Senior Discount
No
Emergency Service
Yes
Warranties
No

Altec Construction, Inc is currently rated 4.3 overall out of 5.

No, Altec Construction, Inc does not offer free project estimates.

No, Altec Construction, Inc does not offer a senior discount.

No, Altec Construction, Inc does not offer warranties.