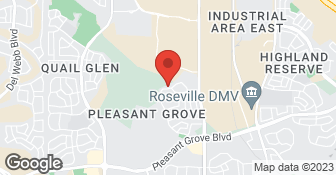 We are a small and agile company built on customer service. We also offer financing.

Description of Work
They did a 400 square foot addition. This included a complete remodel of kitchen (added about 225 sq ft) with new cabinets, appliances, granite countertops, flooring). About a 175 sq ft addition to master bedroom that including complete new bathroom and walk-in closet. Also, a 500 sq ft Cumaru Wood deck was added off the back of the house. Lastly, the entire house was also recarpeted.

Description of Work
SBC built our custom home. Very adept and professional from concept to completion. Steve's knowledge and expertise was invaluable and all his subs were efficient and professional. I would highly recommend SBC to anyone wanting an honest and knowledgeable contractor.

Steve was very personable and provided a really competitive bid. We ended up having a friend do the work, else we would have gone with him. Recently I contacted him again to see if he could do a small project for us. He responded that same day and let me know that he was currently too busy, and put me in contact with someone who could do the project for me. That person was great too and has been doing work for me ever since.

Description of Work
We were doing a full kitchen remodel and Steve was one of the contractors that came and bid the job.

Description of Work
they advised that we lived to far away...

He is fabulous. He is responsive. He's done a couple of small things but he hasn't started doing the building yet. He is a really quality person and uses really quality vendors. I am pretty excited to be working with him. The work next week with be a few thousand dollars and then he has about $100,000 to do on our rebuild. The experience has been excellent. He is thorough, knowledgeable, on time and careful. He is pleasant. He doesn't try to oversell. I would recommend calling him. He does great work.

Description of Work
I am in the process of working with SBC Contractors for a rebuild. He helped me hire an architect so we are in the plan stage. He has done some small handyman things. We sold a house and we had a leak that he repaired. He also did a small electrical job. He is coming next week to do much more work.

Arrived on time for evaluation/estimate. Their estimate was 2x the amount of the contractor we ended up using.

Description of Work
They didn't perform work for us, just gave an estimate for our bathroom remodel following fire damage

I received a call to bid a bathroom that had fire damage. It was outside my normal working area and I informed them that my bid would be higher than normal because of the distance needed to travel to the job, but the owner insisted that I stop by and give them a bid. I did just that and gave a bid of $6108.00. I believe this to be a fair and honest bid for the job. Now, please keep in mind that my crews would have had to travel about an hour and a half each way to work on this job. I pride myself with using quality parts being installed by professional tradesman.
5.0

The project was to start in late April 2011 and be done by the end of August 2011. They job was finalized and accepted in early August. Steve performs almost all of the work himself with his own crew. They did the roofing, framing, finish carpentry, electrical, painting, mechanical and plumbing work. They used subcontractors to perform the tiling, drywall and carpet. Steve was always very punctual showing up about 8:00 AM and leaving about 5:00 PM. If they were not going to show up on a day, they would let us know. We were going to lose access to a kitchen during the construction. They did as much work as possible before gutting the old existing kitchen. We were only 9 weeks without a kitchen. They did a great job in getting the kitchen back to working order as quickly as possible. Steve performing the majority of the work with his own crews allows him to better control the schedule of the project. The subcontractors he used were also very prompt and worked diligently. We felt completely comfortable with all the individuals who worked on the construction of our home. Steve performed the job as he told us in the beginning.We had a few minor items that needed to be fixed within the one year warranty period. When we called Steve about the items he immediately came out to look at the problems. Within a matter of a few weeks, he corrected the problems. This shows that Steve will stand behind his work and make sure that it is acceptable. We would use SBC Contractors in the future. We used him to remove and replace two original toilets (1973) in our other two bathrooms. He was very helpful in telling me how to get refunds from the local water company as we were getting newer more efficient toilets. We are getting a $250 credit on our water bill for these new toilets.

Description of Work
In November 2010 we hired Steve Brandenburg of SBC Contractors to construct an addition/remodel of our home built in 1973. We agreed at that time to start the project around April 2011. The scope of the project included adding an additional 400 square feet of living space to the kitchen and master bedroom. The kitchen area was doubled in size. The roof line had to be re-done to accomplish the remodel. The kitchen was completely gutted. We had all new cabinets, appliances, lighting, granite countertops, new tile and three large windows to look out to our backyard. The master bedroom/bathroom was also completely re-done. This included enlarging the bathroom, installing a new shower, toilet, cabinets,sink and re-tiling the floor. A large walk-in closet was added to the bedroom. We had a new glass sliding door installed that goes out to the deck off the kitchen and master bedroom. A deck in excess of 400 square feet was constructed out of Cumaru wood. Cumaru is a Brazilian hard wood that is very durable. The deck is 2 - 6 feet off the ground so a wrought iron fence of about 4 feet high was put on the perimeter of the deck. The project included new carpeting throughout the entire home, new tile in the entry way, and upgraded our electrical service panel to give us 200 amp service. We also had them fix some dry rot on eaves in the front of the home. They also fixed a broken gate on the wrought iron fence around our pool.In June 2012 we had them come back and install new toilets in our other two bathrooms. This was a simple one day project to remove the old toilet and replace the new toilet.

He works out of Roseville but works all over the state. He is licensed in Nevada, Oregon, Washington and California. I checked him out before I hired them the first time. They do beautiful work. I have showed pictures to all of my family members. He is reliable and honest. He does what he says he is going to do. When he gives you an estimate he will break it out so you can see what you are paying for which includes what he allows for profit.

Description of Work
He has done a kitchen and two bathroom remodels. He is getting ready to do landscape work for me.

BTS Builders is an owner operated small business. We have been licensed since 2016 but in the contracting trade since 2006. The owner, Ben Saunders, has been apart of building multiple homes from the ground up as well as many types of remodels and additions. We now specialize in outdoor structures, pergolas and deck builds. Our crew works on these types of structures on a daily basis which makes us efficient through the job and gives the customer the quality product they are looking for. We would love to connect with you about any projects you might need done and hopefully be of service to you in anyway we can. We appreciate your consideration.  …

How is SBC Contractors overall rated?

SBC Contractors is currently rated 4.8 overall out of 5.

What days are SBC Contractors open?

Are warranties offered by SBC Contractors?

What services does SBC Contractors offer?