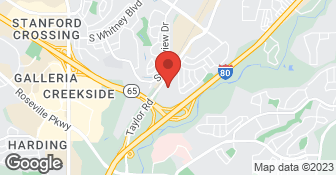 We are a multi-faceted building company. We provide Design/Build Services and Custom Home Construction. A large part of our business is Remodeling and Additions and we are proficient in small repairs and Handyman services at a reasonable cost. We specialize in Energy Retrofits and distribute Structural Insulated Panels throughout the State of California

From the beginning, Crowley Builders were upfront about the process, patient to answer all questions, and incredibly efficient/ reliable. My outdated 1970's kitchen and living room were completely transformed within a couple of months and the quality of the work was exceptional. It feels like a brand new home and I couldn't be happier. The Crowley team values their relationship with the homeowner and epitomizes the qualities of a great contractor.

We recently had a bathroom repair/remodel done by Crowley Builders Inc. Jim and his sons are hard working and very personable. We are extremely pleased with the quality of the job they did. We absolutely love our "new" bathroom!!! They are easy to work with and willing to help with suggestions if needed. We will definitely be using them for our next project.

Description of Work
Both of our bathrooms needed Repairs and Remodel

The experience was excellent, and working with Crowley Builders we were able to figure out how to get everything we wanted within our budget. When we decided to change scope and complete our future wish list sooner, Crowley Builders was able to help us figure out how to make it all work. While we had drawings and a designer's input, Jim Crowley had excellent ideas of his own, which affected the layout of every room in the addition and many features and embellishments in the remodeled portion. I am so glad we had the benefit of his experience to envision how our project could be as beautiful as possible.

Description of Work
We added 50% more square footage to our house, including a new master suite, office, laundry room and wrap-around porch. The work involved renovating the former master and master bath, and removing a bathroom to gain access to the new space. In addition, we expanded the front entrance and dining room and and remodeled the original home to match look and feel of the addition.

A complete fiasco. Go to the Contractors State License Board website [weblink removed] and enter license number 400207 to see the code violations the CSLB posted accusing CBI of and the current Status...Recommended for Legal Action by the Attorney General's Office. Go to Yelp Reviews to see photos of documents addressing the faulty construction, images of the faulty construction. See my other reviews on Yelp of the architect's website listing our replacement builder as the contractor, note how CBI posts a finished photo of the brown shingled structure when CBI didn't finish the structure (we fired them when the house had an incomplete stucco job covering it) which is false advertising, posted images of CBI's website showing this. We fired them August 2013, the CSLB attempted mediation between us and deemed that a failure and sent our complaint on to be investigated. The CSLB now sent the case against CBI to the Attorney General's Office. Note on Yelp my copy of a letter by the Redwood City Building Department describing serious deficiencies covered up and built over, concealing missing load bearing/seismic elements that were either missing or deficient, putting the structure and us in danger. We fired CBI after 17 months of a job that slowly dragged on beyond the original "estimate" on the contract of $432K, paying over $600 K on an illegal Time and Material contract that lacked a required Not To Exceed price, and with a house that appeared almost finished with exterior stucco at the brown coat stage (deemed faulty and had to be removed) with CBI refusing to address our concerns with the shoddy looking work. We spent almost a year having the structure forensically investigated, tearing out and rebuilding, then due to the incredibly huge financial loss of life savings decided to sell the house. Jim Crowley's response on Yelp is that my review on Yelp is a personal attack that has nothing to do with construction, but the postings show my complaint and review has everything to do with construction that is so faulty, and with a contract that has violations of California Business and Professions Codes with offenses serious enough to revoke the license. Watch the CSLB website in the coming months to see the status of the case.

Residential General construction projects / renovations and a full service plumbing devision. Please review our website at www.chsforme.com to learn even more of our services! In addition to ANGIES LIST,, we are rated as a top pro contractor on another lead sites with over 150 each 5 star reviews between them. We are a full service residential home repair / renovation company including HVAC and Plumbing. We pride our company on reliability, great communication, integrity, and quality work. We are a son and father team that has over 60 years of combined experience! Steve ( the dad) has an engineering background and takes special care that each project is done with the best results as possible. Judah, ( the son) is a perfectionist and a factory trained specialist who only insists that each project is done right the first time and that no corners are ever cut. We provide new HVAC installation /renovations for your home and perform General contract work for decking, dry rot repairs, doors, windows, siding, balconies and many other home repair services. We know that many technicians & contractors will "make things up" in order to try to get a sale. With that said, we offer a FREE SECOND OPINION. We make things understandable and easy. You have our word on it! Telephone Number: 916-256-7773  …

Crowley Builders Inc is currently rated 4.2 overall out of 5.

No, Crowley Builders Inc does not offer a senior discount.