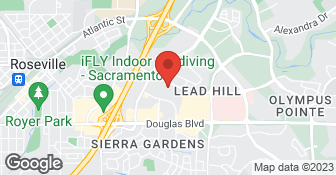 We specialize in all aspects of demolition and removal of all unwanted items, junk hauling, yard debris removal, trash removal, and more! We guarantee your satisfaction, and we won’t leave until the job is done right. We pride ourselves on the quality work we provide, while delivering great customer service! Check out all the services we offer below and call -or- click to schedule a free estimate today!  …

JunkGuys Sacramento was founded by Ivan Kravtsov in 2017. We are a small family owned and operated Junk Hauling / Trash Removal company Based out of Roseville CA. We service the Placer County & Sacramento County. We Offer Services scaling from a single item pickup to Large Home/Business Clean Outs. Our team is professional Uniformed and equipped to do your job the right way. Our turn around time is Same day to 24 hours of within the phone call to our team. Contact us at 916-218-0765 or visit us on the web : https://junkcalifornia.com/service-areas/roseville-ca/  …

Elite Hauling is here to service your hauling needs, we have trailers big enough for any job. $100 minimum fee and we work 7 days a week. Give us a call or click for an estimate today!  …

They did a great job and knew exactly what they were doing! They made the process easy and quick. They were with me for every step of the way.

They were informed that there were existing leaks. They fixed the pond and stream but had to come back several times to repair the leaks. Without my approval they installed an auto fill pump connected to an outside faucet, had to come back because it leaked. It seemed to be working until I got my water bill which was very high. I found a pipe that was leaking and turned off the auto fill and noticed that the pond was not holding water. I called the office, and was told someone would call to set up a time to come out, no one called back. I called the owner Mark Chester and he told me someone was coming out the next day. (funny no one informed me, as I was leaving town that day) Scheduled for the next Wednesday. They were supposed to call me to tell me the time but never did. They came any way and repaired the pipe but it did not fix the problem that the pond does not hold water. I called the office again and was told someone would call back. I'm still waiting. Having spent close to $7,000. I want a pond that works. Update:On Sept. 4, 2013 I called the office and was told someone was coming out on Friday (Sept. 6). Waited until early afternoon and called the office and was told it was the appointment was for next Friday Sept. 13. Well the next Friday I waited most of the day and nobody showed up. I called the office and they didn't know why no one came or who was supposed to come and would find out and call me back. I didn't wait for the office and called Mark Chester. He talked to his office manager and someone was coming out Monday (again I was never told about this appointment). Today Monday Sept. 16,2013 someone came out, they didn't do much except take measurements and agreed that the auto fill was not shutting off. They will CALL ME BACK once they figure out the problem and what they plan to do. I don't think I would do this over again and I certainly would not use Capital Landscape. Update Nov. 9,2013. About two weeks ago Mark Chester sent out a man named Shawn to fix my pond. This guy knew what he was doing. He found several leaks around the falls and told me the falls needed to have a liner. He rebuilt the falls and fixed other parts of the pond just to make it look beautiful. It has been running ever since with no problems and it looks beautiful. Thank you Shawn. Because of him I'm raising my scores. I do have to give Mark Chester an A for his effort to fix this problem. I never called the office again I just dealt with Mark. I'm very happy with my pond.

Early this year the decision was made to begin a large backyard remodel. A contractor was located and agreement signed. Unable to provide required insurance and other documents the agreement was terminated. I joined “Angie’s List” with the hope of finding an acceptable company to start and complete the task. After interviewing several companies, “Capital Landscape” was selected. Meetings with Mark, the owner, and his crew were immediately held, with all involved working hard to earn the business. Budget is typically a concern and Mark was very proactive to make suggestions, offering ideas for cost control. A contract was signed and start date determined. Work began as scheduled on June 18, progressing rapidly and on track. All on-site personnel were polite, professional, seemingly interested in good service. The hot temperatures delayed pouring of concrete and then in two stages. Once the patio was completed, potential problems in the cement were noticed and addressed. Additional concerns in the concrete and irrigation were expressed. Progress was slowing. Entering August, most work was completed, with appearance of crew sporadic, at best. A mistake was made on my part: August 18; final payment made. There are some issues outstanding, all with promises made they would be immediately addressed under warranty. Messages were sent to the project supervisor requesting updates; these were mostly ignored. I spoke with Mark and after a couple of schedule changes -mine and his- we meet Sept. 27. Mark was very apologetic for the lack of response and the problems encountered. Assurances were offered this is “not typical and will be resolved.” Dying plants, irrigation, lighting matters to be addressed “immediately”, with a promised completion date no later than October 2. This review is submitted Oct. 5; no work, no updates. A potentially major concrete issue (acknowledged by Mark) remains under observation. Capital Landscape started with a bang. The broad scope of the job was completed and with a qualified success. Nearly 4 months into an estimated 2 month project small issues remain, now with promises broken and the patio being a potential major problem in the future. With the negative trend encountered, I’m not sure how this remodel will ultimately end. At this point, I offer a “C” overall rating, which may change based on performance going forward. In the end, a service provider is measured by after sale and long-term support –the jury is out on this case. Answering the required question of using and quot;this company again?and quot; I selected and quot;noand quot;; I wish there was another option of and quot;not certainand quot;, or something similar. UPDATED October 11, 2012: I recently submitted a review, stating a follow-up would be posted, as applicable. A copy of the original review was sent directly to Mark Chester, proprietor. Within a very short period, Mark contacted me via phone to discuss the matter. He asked me to verify no one had been to my property, addressing the outstanding items, as this was contradictory to his information. Doing so, I discovered a portion of the work had, in fact, been completed; I was wrong. My judgment was based on the most obvious items remaining uncorrected –irrigation was rectified, but light and dying plants had not. These omissions were reported as a communication breakdown, with Mark acknowledging a second visit would be needed and was promptly scheduled. Today, Oct. 11, Capital Landscape representative’s came by to finish the items. I appreciate Mark’s efforts to get these issues resolved. He remains very apologetic this process has taken so long for resolution. Concern remains on concrete and Mark has guaranteed to do what is needed. Based on most recent performance I believe him to be genuine and committed to customer satisfaction.

The owner, project manager and on site crew were on time everyday and completed all work to my satisfaction. They did a beautiful job.

Description of Work
They landscaped my backyard and made stepping stone walkways and trellis. They planted a new tree and all new plants.

They came in and started working right away and finished in a little more than a week. The crew and crew boss Jim Granno addressed all our concerns and Jim came out to fix an irrigation problem and a plant replacement. Another landscaper never gave us an estimate, so we don't know how the price compares.

Description of Work
Revised existing landscaping of part of yard. Moved 30' of stacked brick wall about 2' high from back yard to front yard. Took out old lawns, eliminated slope, put in mowing strip and smaller lawns, converted french drain to a creek side look, provided 10 plants and revised affected irrigation.

Great from beginning to end. Very large project that they were on top of. Services completed when they said. Craftsmanship impeccable. Any issues were corrected right away.

Description of Work
I used Capital Landscape to fix a sprinkler problem.

Architectural drawings not to scale. Completely redesigned yard instead of amending and enhancing what is already here. Plants designated for certain areas not what was in plan,not the color(s) we chose, not even the species we chose.

Description of Work
Give estimate. Landscape Architect to draw plans. Company to build and install first step of plan.

Planning and design took about 4/5 meetings and design changes. YOU MUST know what you want (design or concept) to start with. Allow from 4 - 6 weeks for this process. An overall Supervisor and Lead foreman should be assigned to your project and stay assigned through out the duration of your project. They were good at keeping you informed and what work was going to be performed next. If there are delays you will loose your workers to another job. Overall the work went good. I would strongly caution everyone to be fully involved and engaged in the day-to-day operations and work. I found that most of the resources brought in to work on my project needed constant supervision and/or did not know how to do the work. Also a lack of pride in the work they performed. Only by my constant suggestions, requests and persistance did I get what I wanted. Do not leave anything out you don't want them to use. Such as hoses, rakes, shovels etc. Keep a running list of work not completed or items you don't like or have questions about. Stay on the supervisor to have all problems resolved. Finally - Just because they state everything have been verifyed and working, check it all out yourself. I found over 8 drip lines were never installed and several plants died. Be sure to contact Capital Landscaping as soon as you become aware of anything not working properly or dying. It's important to remember you signed a contract and there are time limitations for the accountability on correcting problems. Yes, I would use Capital Landscaping again. I interviewed 6 landscaping companies before selecting Capital and felt that overall they delivered what I wanted and they worked with me to make that possible. In the end you live with the end result.