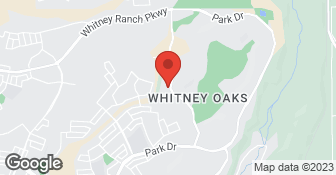 Since 2001, 95% of our projects have been through direct referrals from friends, neighbors, family members, co-workers and even from people who had pools built by other pool builders. The reason, communication. Everyone at Robinson Pools is easily accessible. We are also a wealth of knowledge with experience between employees totaling over 65 years in the swimming pool construction industry. License #: CSL 798297. ...

every step of the way was perfect, Mr. Robinson instills absolute confidence, he is the best.

Mike and team built my swimming pool... and they did it quicker and nicer than I imagined. I crack up to this day because I have a friend doing his pool with a national company and he started two weeks after and he is STILL having his pool built (4 weeks after mine is done!). The thing with building a pool is practically every step is a one day process (with some exceptions). So it really comes down to a scheduling thing - how good is the contractor at getting all the subs to do their work in a timely manner? This is where Mike REALLY excels. Once the construction got going, he had someone out there every day doing something. The guys down the street doing their pool (with that same national company I mentioned above) haven't had any movement on their pool in over a week. What gives? I was talking to the guy who does the concrete decking for Mike and he said that Mike is the fastest pool builder he works with. Excellent! When you choose a contractor, you really just have to like their design and their approach to building. The truth is, they all use practically the same subs - so you need someone who is going to hustle the subs and make sure it is being done correctly and on-time. One thing he does is give, by far, the best pool quote/presentation. Most guys will hand sketch your proposed design. Mike will come out there, take exact measurements and when he gives you the quote, show you exactly what your pool will look like. He also has a great concept of construction principles that are integral to building a pool. For example, I had one contractor propose to build into this hill and retaining wall behind my house. While it is possible to do, Mike pointed out that it is very likely that my entire neighborhood has some kind of community drain behind the retaining wall that, if cut, sort of screws everyone and it would need to be repaired. While he wasn't 100% - the fact he was prepared to talk about that shows that he knows what he is talking about. If you call several contractors they will give you a 2 month window from signing contract to starting construction... STARTING! I signed contract and 2 days later Mike put in for the permits and he started about a week after the permits were approved (Rocklin, at the time, took 3 weeks to approve permits!!). Another great thing is he is easily reachable. I'm sure he hates it - but he probably has 1000 texts from me. He was very responsive. This is important - because when you're building a major project, not everything is going to come out as planned. You need to be able to inquire and feel comfortable with what is happening. Problems will come up and they need to be addressed. Having access to the contractor is a real plus. One other great asset is his project manager, Craig. Craig is a former pool builder himself and basically takes super care with your pool to make sure that it is done how he'd want it to be done. Him and Mike are like Frick and Frack... and what I mean by that is they each have different strengths and it helps the process.

We reached out to multiple builders for 5 different bids... MIke (the owner of Robinson Pools) provided a good presentation, listened to us, and demonstrated more tenacity and desire for the business than any of the other bidders. His design stood out better than the others. It was clear that he listened to us and designed a pool that went with our home. Pricing was in-line with the others. Moving forward with him was an easy decision. There was a great start with things right on schedule. The foreman was great. He took his time to talk with us and made sure he understood our concerns. They were willing to work with us. make adjustments as bumps came up, and help explain issues to us as they encountered them. Delays started coming into play due to weather, sub-contractor availability, inspection delays (one inspection failure), poor quality by subs being repaired three times, etc... We had water in the pool roughly 2 months late. The biggest problem was with the concrete sub-contractor. We had them fix things twice and things were still wrong. We now have several cracks in the finished concrete and simply have to accept them at this point. The way they did the lines in the concrete around the pool do not match. The cantilevered edging varies. In summary, they need a new concrete contractor that does it right the first time. (If you do go with Robinson Pools, I strongly suggest insisting that Ryan does not do your concrete!) Once the final payment was made, they almost completely disappeared. We clearly made the mistake of making the final payment before the job was done. In fact, I had to finish some of final touches myself. If I were to have another pool built, I would only considered Robinson Pools if: - there wasn't a concern about completion date - A different concrete sub was used - the final payment was not due until after the job was 100% complete! In summary, excellent start with a lousy finish.

Description of Work
Robinson Pools built a pool for us.