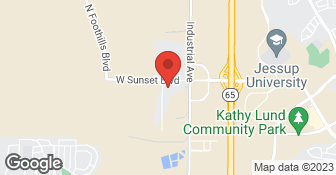 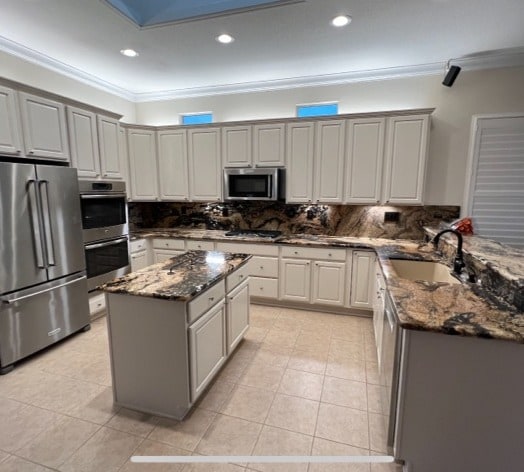 We are awaiting their quote. We were very happy with the sales person who came out and got our information and will be giving us a quote. Update: The quote seemed a bit too high so we decided to wait on this project for now.

Description of Work
Requested a quote- awaiting their quote. Work hasn’t been completed yet.

Went very well - house looks great. Had to call back to fix a couple of missed spots that weren't visible from the ground that I noticed while cleaning gutters and hanging X-mas lights, but they came right back and we are very satisfied.

Description of Work
Painting part of 2-story house that were too difficult and scary as owners.

Perryman Painter Terry was friendly, courteous and professional throughout. He paid attention to details and prepped better than any painter we've ever hired. I would seek Perryman Painting services in a heartbeat!

Perryman's crew were great. Their attention to detail was excellent. I was pleasantly surprised by the quality of their work. Usually when hiring contractors, there is, even in the best situations complaints you find. But not with the work of Mike and Sven (the painters)

The entire process was very easy. The results are amazing. I would hire again!

This company is very reputable. My husband and I are very pictular. These guys did a superb job every step of the project. They were very professional and never left a mess. We give them a 5 star rating!

Description of Work
Outside painting of house, detached garage and pavilion.

This past March, we had a beautiful new double front door installed. The door had been finished at the factory, but the door frame and nearby stucco remained to be painted. I mentioned to the contractor who installed the door that we had leftover trim and stucco paint. The next day, he emailed: “Just a heads up. Our painter will be stopping by around 11 AM to pick up paint samples…”. Later, an older man driving a “Perryman Painting” truck arrived and asked my wife to show him our paint. I wasn’t home. Apparently, the contractor had subcontracted to Perryman Painting. The following day, I called and spoke to Tim Perryman. He said that one can of paint was 11 years old and shouldn’t be used. The other can was two years old, and it shouldn’t be used either. He explained that after paint sits for a long time, the solid particles settle out, and ordinary mixing doesn’t restore the solid/liquid solution; it must be agitated in a shaker. He said they’ll be buying new paint. I appreciated his frankness: some painters would have used our old paint. Two days later, when I arrived home, the painting had been done, but I didn’t see any new cans of paint. My wife explained that the painter had used our old paint. And the quality of the work… Paint was on the door’s weather stripping, door hardware and windows adjacent to the door. The painter partially filled nail holes in the rough wood frame leaving divots and a smooth surface, instead of matching the wood. He topped off this performance by leaving masking tape and masking paper on the sidewalk and a used paint roller handle in a nearby flower bed. I called the door contractor. Several days later, a painter wearing a Perryman shirt arrived. He asked to see our old paint cans. As I watched, he snapped photos of both labels, suggesting he was, in fact, buying all new paint. Even if only to ensure future jobs from the door contractor, I expected the painter to do the job right. After he finished, he showed me where he had removed the paint from the window glass, weather stripping and door hardware. The patched nail holes matched the wood trim. I was happy, but then … he handed me a partially used can of paint he had purchased. I asked for the other can of paint. He said he had used ours, but assured me that he had stirred it enough. We could call the door contractor again, but we’re in our 70’s and prefer not to deal with people who promise quality work, but deliver something else. Whatever happened to honesty, craftsmanship and pride in doing a good job?

Description of Work
Paint a door and window frames after installation of a new double door.

I normally do not respond to reviews either good or bad. I was going to just let this one be. But, after two negative posts on yelp and then posting here over a year after we did this job I'm going to have to respond. Mr. [Member Name Removed] has accused me of being dishonest, poor craftsmanship, and pride in doing a good job. I can't just let it go. Our companies' reputation is very important to me. It's one of the main reasons why we have been in business for as long as we have. This was a small project we did as a favor for a local general contractor we do allot of work for. Not, that it matters, but we did not contract with Mr. [Member Name Removed], nor did we have any direct communications with him. This particular contractor prefers to handle all communications with their clients, so we are not provided with clients phone numbers or email addresses. This makes problems like these more probable. I never spoke to Mr. [Member Name Removed]. He states he spoke to me, but that is not true. I personally stopped by their home to match paint colors and met with his wife. She showed me the paint they had in the garage and I asked her if it would be ok if we used it so we wouldn't have to worry about mismatched colors. She didn't have a problem with it. Had she objected in any way we would have had the colors matched, bought new paint, and billed the general contractor for it. Old paint is ok to use for touch up as long as it hasn't frozen, been contaminated with mold, and looks ok to use. This is the same thing I tell anyone that asks me about it. Mr. [Member Name Removed] states that I told him differently. I don't know who he spoke to, but it definitely wasn't me. We sent one of our helpers out to do the painting and he didn't do a good job. It was just a door frame and a small stucco patch so we thought he could handle it. We sent a journeyman out soon after to correct it. Mr. [Member Name Removed] stated the work was fine after we fixed it. His main complaint seems to be about using his leftover paint. It seems to be performing just fine after more than a year. Our company is not always perfect. We have human beings that do our work that will occasionally make a mistake. But, if something isn't done right, we always do what we can to correct it. 5 star customer service and doing top quality work is very important to us. We constantly train it to everyone in our organization. I have no idea why Mr. [Member Name Removed] has chosen to try to smear our reputation, but either he is confusing me with someone else he spoke to, he is not being honest, or he has some other ulterior motive. Tim Perryman President Perryman Painting & Remodeling, Inc.
5.0

They did a great job. Everyone was on time and they did all the prep work. They replaced some rotting boards that we hadn't noticed and plugged up various holes made by other workmen over the years. When I had any questions, they made sure that someone would call me back if the people on-site didn't know the answer. Everyone was was pleasant and easy to work with. We highly recommend them.

Description of Work
We needed the outside of our house painted and PerrymanPainting quoted a good prince with premium paint.

Perryman did an excellent job. They gave us a very reasonable estimate. They were punctual and very professional. The quality of their work was superb. After the project was completed, one of the owners came out and inspected the work. If you want a company that brings you quality and integrity, I enthusiastically recommend Perryman.

Description of Work
I had my kitchen cabinets repainted along with minor remodeling. .

They were prompt did a good job with all the prep. Scraping and sanding as needed. Excellent job all around.