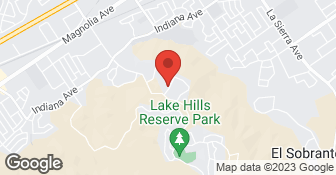 We specialize in customer first style service. We protect you and your home while work is performed. Cleanliness and quality are at the top of our list to earn your business!

Gave my home warranty company a false report. Asked for more details and no one got back to me. This is a long story. Read on. So my home warranty company, Old republic, used this company to come diagnose a leak in the bathroom. J&T sent out a leak detection crew, one of them was named Nick, and he said there were no leak in the pipes, but our toilet was installed incorrectly and we should fix the toilet first to see if that solves the problem. Ok, he sent in the report to my home warranty company and I was pretty surprised to find the following summary: Our copper pipes were rusted/corroded, toilet was installed incorrectly leading to flange corrosion and leak in pipes, they will need to dig up 2 ft of cement to replace the pipe and fix the toilet. Total cost will be $1800. My home warranty company denied the claim base on the toilet was installed incorrectly, therefore they will not cover the damages. You would think the story would end here, well you're wrong. This was way off from what Nick told us before he left, so we dug further, we actually lifted up the toilet and saw the toilet seems to be installed correctly. We are no plumbers, but the toilet flange was flush/level with the ground, there was a wax seal under the toilet, and we notice the wax seal was all dried up, that explains why the flange was brown looking. Not only that, we did not have copper pipes, and our toilet flange was not copper either, which was reported by Nick to our home warranty company. Our pipes are abs, black pipes, with abs black flange. I cleaned the debris out of the flange and it looks to be in great shape. No cracks or chips. The drain pipe also looks pretty good with no signs of rust ( I don't even know if abs can rust in the first place, hint hint). I called Old republic, to listen to the full report, and 90% of the report was about copper pipes rusting, I told them our pipes are abs, Old republic said if they're not copper then how did the tech get all that info on the report. That's what I want to know too. Welp, called Jenny, the admin/assistant for J&T, she said she will contact the tech about the findings and get more detail on how the toilet was installed incorrectly. I told her nicely that the tech's report seems like it's for the wrong house ( yea right, I was actually looking for them to explain why 90% of the stuff were false). So there's my long story, I don't know how their tech can mistake abs pipes for copper pipes, and mistake rust for debris either. Actually might as well say I don't know how their tech can mistake everything. Not to my surprise, no one got back to me. By the way, the leak was actually from the dried up wax ring, in case your company reads this review. If you don't believe this write up, I will be happy to post you some picture on here. My findings from my investigation were so incredible that I had everything documented and wrote up this long review. So if you still trust this company, then go ahead, but I will never trust this one after this fiasco. If I happen to need another service request and the home warranty system picks this company again, I would call and switch to a different one in an instant.

After shopping around we hired J&T and they were very responsive and finished the job on time, quality of work is great!

Home Water Pros prides itself on educating the public on the water quality. We specialize in Water Softeners, Water Conditioners and Alkaline drinking systems. Home Water Pros is a Veteran owned and has been in business since 2014. We strive to have %100 satisfaction on a daily basis. This company was built and ran with old fashion qualities that just are not found today. Our Platinum series systems are known for their superior quality. We offer the largest filtration system on the market for the same price you will pay for a smaller 5 stage with other businesses.  …

We offer Emergency Service: Our mission is to provide the highest quality of service to all our customers. We HONOR the relationships we have formed with our past and present customers, colleagues, vendors and employees. Liberty Plumbing, Heating Air Conditioning strives to perform all areas of service with the utmost INTEGRITY by providing the most cutting edge of technology and products available. We pride ourselves with the ABILITY to work effectively and efficiently with the knowledge and training that has been awarded to us. Liberty Plumbing, Heating & Air Conditioning, Inc. has over 25 years experience working with home-owners, property management, general contractors, real estate companies and insurance companies. We are located in the Temecula, CA area however, we service all of San Diego, Riverside, Orange and Los Angeles counties. We perform all phases of plumbing, heating & air conditioning for both residential and commercial. We offer discounts to Senior Citizens, First Responders, Veterans and Active Military. Thank you service!  …

Local, trusted, and FAST, Fast Water Heater Company has been serving the local community since 1986. We repair and install all types of water heaters including standard tank waters heaters, tankless water heaters, and super-energy-efficient heat pump water heaters. Call us at 949-979-7482 for FAST service.  …

J&T Plumbing Pros is currently rated 3 overall out of 5.

No, J&T Plumbing Pros does not offer eco-friendly accreditations.