Carpet Time, Inc. is family owned and operated since 1989. Our professional and courteous installers are employees of Carpet Time, Inc. and have been with us for over 15 years. Customer satisfaction is our number one priority! With 25 years of experience in residential and commercial flooring, we truly are your flooring specialists! We Offer FREE In-Home Estimates and also have a Showroom to Visit at Your Convenience....

It was a good experience.

Empire gave me the expensive run-around. Carpet time was professional and on task.

Description of Work
carpet replacement, cleaned and prepared all floors,hauled away all materials

In spite of the fact that carpet repair is listed, I was told they were too busy to do repair. I would have given an F if it were not for the fact that the woman that I spoke with was polite.

Hi [Member Name Removed], We do not advertise that we do repairs, it is part of the standard category listing for all carpet companies on Angie's List. I'm sorry we were unable to perform the repair for you during the time that you requested service, because our schedule was full. I appreciate the compliment about our politeness, thank you! Best Regards, Laura McNulty Carpet Time, Inc.

We visited the business several times before deciding to purchase carpet there. The owner was professional and provided information without being pushy. He came to our house to measure and provide a quote. The installers were efficient and completed the job in a day. They did not charge to move the furniture (the other businesses we looked into did). We could probably have paid less at Home Depot or someplace similar, but we were interested in patronizing a small business that used their own employees to install the carpet instead of contracting out. The carpet was installed in September and we have been very happy with it. I would recommend Carpet Time highly.

Description of Work
We had the carpet in our house replaced.

Description of Work
Purchased and Installed Carpet in Master and Guest Bedrooms, Stairs and Landing

George is the man. He consistently gets me great carpets at a great price, is friendly, punctual, professional, and does a fantastic job. You don't need anyone else to do your carpet. I've used several outfits in the past, and I've had the best, most reliable experience with Carpet Time. Highly, highly recommend.

Description of Work
Replaced carpets in my rental.

We had an old floor on top of an older floor. The baseboard quarter round was broken. George brought out samples to choose from and I picked one that turned out to be not available. George promptly contacted me and brought out new samples he had selected to be similar to what I had originally chosen which made the task to choose the new flooring quick and easy. He even volunteered to give a discount for the inconvenience. Dave showed up on time to do the installation. He performed the job with a minimum of disturbance to the household and kept debris from the removal in plastic sheeting so none was spilled on the hall carpet. We have indoor house cats and he was very considerate to keep them safe and inside during the job. The new flooring fit perfectly and the quarter round was replaced and painted. The job was completed on time with a minimum of fuss. Dave was very polite and personable and a pleasure to have in our home. Our new floor is beautiful and we a very glad we selected Carpet Time.

Description of Work
Installed new flooring in our bathroom.

Very happy with all aspects of purchase. Good selection, reasonable price compared to other quotes. Installers on time, great job.

George was very pleasant to work with. Price was reasonable, and selection was good for what I needed (this is a rental home). He followed up exactly when we agreed, and was patient as my schedule adjusted a couple of times. When I was ready for him, his guys were at the house the next day. Great experience. Highly recommend.

Perfect. Got a great pad and great carpet. And was cheaper that other carpet companies I got estimates from. And since I have a dog, I need a great carpet and pad for those accidents.

Description of Work
Installed carpet & pad in my house.

They were really good. The estimate was lesser than the other places we checked. The guy that came out was very professional. The instillation was outstanding. We will be using them again to do the rest of the house. Our overall experience with them has been good.

Description of Work
We had our carpeting done by Carpet Time.

The sales portion went very smoothly. George Sr. had Art one of his employees come out to the house and measure. I went to the store and picked out the colors and he brought those over to the house so I could see how they would look. The 2 man team arrived as planned. They were very efficient in their work. They took off the door jam on the floor between the guest bathroom and the hallway and did not replace. they also did not clean up sufficiently to my liking. Yes they took the remnants away but I spent 3 hours vacuuming up fuzz and pieces of carpet they left!! They should have at least done a vacuum job with an industrial vacuum!!! I had planned to use that time to get the house ready to move in!! Then when i saw they had not installed the wood piece I had to call and have them come back. They came back the following morning on time and the installer was a bit testy with me saying they don't normally install it to 'keep continuity'. I wanted it there so when I scrubbed the bathroom floor, the carpet would not get wet. He proceeded to tell me he had been doing this for 30 years. Not the right response to give the customer.

Description of Work
Deinstallation of carpet and installing new carpet. Also had 10 lb. padding installed vs. the standard padding.

ART, OUR SALESMAN, WAS VERY HELPFUL AND PROMPT FOR THE MEASURING. HIS TEAM WAS ALSO ON TIME, POLITE AND VERY CLEAN. I DEFINITELY RECOMMEND THEM.

Description of Work
WE HIRED THIS COMPANY TO REMOVE OUR OLD CARPET AND PADDING AND INSTALL NEW PADDING AND CARPET.

THEY ARE VERY PROFESSIONAL. I WOULD RECOMMEND THEM. THEY ARE GOOD. I PICKED OUT THE CARPETING I WANTED. THEY ARE VERY CONVENIENT FOR ME, THEY ARE CLOSE TO MY HOME.

Description of Work
THEY PUT IN LIVING ROOM AND SUN ROOM CARPETING. 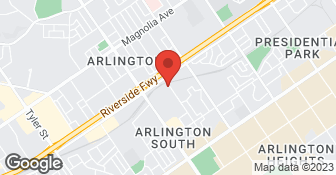 Carpet Time, Inc. is currently rated 4.9 overall out of 5.

Carpet Time, Inc. offers the following services: We sell and install many types of flooring, including hardwood, ceramic tile, natural stone, vinyl, LVT,VCT, carpet, and carpet tiles. We have a Showroom and offer Free In-Home Estimates