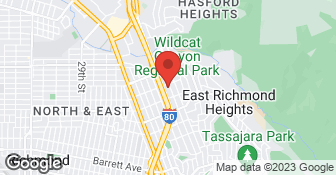 Always providing the kind of Quality Roofing job you and your insurance company will appreciate in the long run!

these guys are such professionals! I am so impressed with the work they accomplished last week - in just 2 days they finished the roof on my 2-story house (2200 sq ft) - just before the rains began (and just before we went into total lock-down due to COVID-19). it looked like a ballet on the top of my house - the crew moved deftly, swiftly and consistently. I am grateful for their diligence, competence and hard work. brian, the owner, has certainly hired a tremendous crew! as an aside, I also hired another co to install solar panels, once the roof was completed. knowing this, brian then proactively sent his guys back out to my home afterwards to do some light repair work caused by the solar installation. so kind of them. regarding cost - I got estimates from 7 different companies (I'm a touch OCD...). they were not the cheapest, but were the 2nd least expensive firm. and besides a modest down payment ($700), they charged me nothing until the full project was completed. their other glowing reviews are absolutely true. I am so very pleased i chose them.

Description of Work
Removed old roof (cedar shakes), replaced w/ asphalt shingles, also demoed the chimney. They were efficient, and got the work done in two days. They did a great job cleaning up.

Pacific Coast Roofing Service is amazing. They were not the highest bid. They we friendly and professional. All communications from us were answered by Brian almost immediately. He arranged to have his specialist in heating and venting cap the space that was left by the chimney and add new venting. He came back later to make sure the wood stove was venting properly. They did all of this in two days, first laying down tarps to protect the yard and deck, then cleaning up afterwards!

Description of Work
We had a complete new roof put on. They also took down our chimney through the attic, added new ventilation pipes for the wood burning stove, and put a solar tube in the kitchen.

Brian invited me to call him back if I have any questions based on the estimates I receive. This is above and beyond the call of duty in today's customer service atmosphere where this kind of integrity is less common. If I needed a new roof I would definitely call Brian for an estimate.

Description of Work
I need a couple of repairs to my roof, which is less than 2 years old (seller re-roofed our house.) Brian listened thoughtfully then offered to help me find someone who is closer to my location and more within my budget.

3 roofs in 2 days, including a radiant barrier (extra plywood insulation), including removing three layers of previous roofs. You could not dream up a better contractor. Brian was thorough, forthcoming, honest, prompt, tidy, clear. And responsive -- prompt and clear in his communications, even including photos in his answers. He even documented the process, taking photos on the roof. Brian is not a salesman because he doesn't have to be. None of the other roofers we considered even mentioned special permit requirements for roof vents, etc., local in El Cerrito, nor did they even have a clear vision of what was best for our roofs. Most roofers just do the same job on every house, but Brian points out peculiarities (for instance, we had box gutters) and how to resolve them in the most effective way. It's Brian who will guide the job every step of the way - he doesn't hand it off to someone you never spoke to. I highly recommend Pacific Coast Roofing.

Brian and his do AMAZING work! I got three bids from highly recommended companies and decided to give Pacific Coast Roofing a try. Brian came to meet with me days before the scheduled work to ensure he could oblige with my requests. The work was done as promised, and it has been BY FAR the easiest job we have ever done on the house. Brian handled all of the details ,and I felt stress-free going to work. Even when very slight damage was done to the house (inevitably, as literally thousands of pounds of roofing material are removed), he quickly took care of it. And when we wanted additional gutters placed around our attic window (for aesthetic purposes), he also did it without blinking. Brian's entire team is highly skilled and comprised of extremely responsive professionals. I'd hire them again in a heart beat.

Rhinos Roofing is a family owned roofing company. Our owner has been actively serving residents of the bay area for 20 years, and our staff has over 20 years of experience in construction & roofing. Taking into account those years of experience, combined with our drive to get the job done right, our roofers are confident that you will be happy with Rhinos Roofing's services. Ranging from roof inspections to re-roofing & roof replacements, our company mission is to ensure customer satisfaction for all projects. Call our experienced roofers today for your free, no obligation quote and we're sure you'll see for yourself why Rhinos Roofing is the premier roofer for residential jobs in greater Vallejo area.  …

Have a leaking roof and ready for a replacement? Our professional team is ready to help. We have been serving homeowners in the eastern Bay Area since 1998 and are THE ONE STOP FOR ALL OF YOUR LARGE BUILDING UPGRADES, including Roofing Replacements and Remodeling. All of our quality work is done by members of our team and you will love our attention to detail. Contact NOW to schedule your estimate!  …

ABZ ROOFING SERVICES We are a locally owned and operated Commercial and Residential Roofing Company here in the Bay Area and would like to see if we can be of help! Been in business for over 20 years! We value honesty and integrity in all aspects of our business. We offer Roofing services that are customized to each individual project. We pride ourselves on the quality of our work, as well as our commitment to outstanding results. We look forward to building lasting relationships with our clients and guarantee your satisfaction! Please feel free to reach out for a free estimate for all your future roofing needs!. Quality work for the Best Price ! We are fully licensed, insured, and bonded. Please refer to the list below: General Contracting License : B - General Building Contractor C39 - Roofing C10 - Electrical We look forward to working with you and providing you quality services!  …

All statements concerning insurance, licenses, and bonds are informational only, and are self-reported. Since insurance, licenses and bonds can expire and can be cancelled, homeowners should always check such information for themselves.To find more licensing information for your state, visit our Find Licensing Requirements page.
General Information
Free Estimates
Ask for Details
Eco-Friendly Accreditations
No
Payment Options
Check, Visa, MasterCard, American Express, Discover
Warranties
Ask for details

Always providing the kind of Quality Roofing job you and your insurance company will appreciate in the long run!

PACIFIC COAST ROOFING SVC is currently rated 5 overall out of 5.

No, PACIFIC COAST ROOFING SVC does not offer eco-friendly accreditations.

No, PACIFIC COAST ROOFING SVC does not offer warranties.

PACIFIC COAST ROOFING SVC offers the following services: Always providing the kind of Quality Roofing job you and your insurance company will appreciate in the long run!