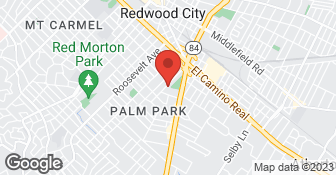 we have 12 years of experience on general remodeling,construction andhandyman services

He mentally manipulated me to get the job. He came to me and told me he fears God and he is going to take good care of the project as God is always watching over him. I was almost ready to give the work to another contractor. Once he got the work, he made me believe that he is working very efficiently and he had some past bad experience with payment in another project and he needs 40% payment up front. Once I paid, he slowed down significantly and eventually he deceived me with his religious manipulation and took all the money from me. Then he stopped showing up completely. I had to beg and I eventually told him that we will settle in the court and then he showed up for few days, only to do terrible quality jobs. I got scared looking at the kind of work he was doing. Eventually he stopped coming again and this time I didn't beg him to show up as I was scared that I already lost money but with his poor work quality, I might lose my house as well. Here are some terrible works: a. He installed the water heater wrong, and that voided my water heater warranty. I have the correspondence with Rheem that I can use to prove that his installation voided the warranty. b. His careless nailing broke my existing tiles in the bathroom and the tile fell in the bathroom to damage a brand new bathtub. c. He deceived me into believing that my previous contractor installed a shower without waterproofing and I trusted him as a Godly person so I let him redo the shower. Later on I found out that the waterproofing was done correctly by the previous contractor. I have the previous shower pictures that proves that the waterproofing was done correctly and I showed those pictures to him but he lied to me that the shower was not waterproof. d. He made unauthorized charges multiple times at Home Depot. He didn't submit the receipts and he was telling me he is gonna do that later. I caught him as Home Depot sent me electronic receipts with items that are not relevant to my projects, including foods, drinks, and expensive tools. e. He stopped responding to another of my colleague from whom he took some materials. f. Most of the plumbing that he touched started leaking as soon as I turned on faucets or other appliances. This includes the water heater(careless installation voided the warranty too as I mentioned earlier),toilet, bathroom sink, kitchen sink, dishwasher. e. Shower fixtures were all wrong as the water pressure was so low that I couldn't take a shower. I had to hire a plumber after he left to fix all his plumbing mess. f. All the drywall finishing is terrible. Multiple electric outlets have holes around the faceplate as he didn't cover those. g. Flooring installation is terrible too. Several places make creaking noise when I walk over. h. He damaged the brand new flooring in multiple places as he didn't cover it properly. i. He cut the laundry room door too close to the wall and now I cannot open the door properly. j. He left no transitioning molding space between laundry room tiles and hallway laminate. I cannot even install that myself. k. He painted the exterior of the house wrong as he messed up my trim color. l. My brand new kitchen cabinets have scratches and unfinished edges because he cut wood pieces to cover additional scratches that he put beforehand. I even found that some door hinges were not installed and I had to screw those. m. His shower tile installation was crooked and I had to pay him to demolish those and then pay for the materials twice to install the floor tiles again. This was one of the many mistakes and I had to pay twice to correct that. n. He constantly yelled at me by claiming false things. He went to Home Depot to pickup online orders and he claimed that he lost a whole day as Home Depot could not find the materials. Later on when I went to Home Depot and asked them why they couldn't find the materials, one guy told me that they found the materials but my contractor refused to take as he told them he doesn't have space in his truck. Similarly, he claimed he lost half a day at Lowe's. I went to Lowes and asked them why they couldn't give him my materials and the lady said that she herself went to back to pull the order and it took her 10 minutes but she couldn't find my contractor once she came back. His yelling got so bad that my blood pressure would go up everytime he went to pickup any order. Those are just the few mess up that I can recall of the top of my head.There are numerous more. I haven't even included things that were part ofthe contract that I didn't beg/force him to do as I became worried that he is costing more in my materials than my loss of money because of paying him in full. E.g., I don't even have toilet paper holder yet and my garage has big big holes in the wall everywhere, I don't have a kitchen fan over my stove etc. My most significant problem with him is his mental manipulation using God.I can swallow losing money but I cannot swallow getting cheated because of believing that a God fearing person would do an honest job.

Floor Pros was established in 1980 as a family owned business to provide the San Francisco Bay Area with quality hardwood flooring installation, sanding, and refinishing services for both commercial and residential homes and businesses. We are committed to providing our customers in San Francisco, San Mateo, Marin, Contra Costa, and Alameda counties with exceptional hardwood flooring services. Our new customers are all wondering the same thing, what makes Floor Pros qualified for quality work? We are members of several institutions that set high standards for the hardwood flooring industry. Trained and certified by the National Wood Flooring Association, who sets the benchmark for professional conduct, we guarantee that our technicians are the best in the industry. Also, we are a proud member of USGBC, who sets the standards for environmentally sustainable construction. Believing that providing quality services is a continuous process, we send our technicians to hardwood flooring workshops in and out of the San Francisco Bay Area a few times each year to ensure that they are current with techniques and technologies. This year we have enrolled our technicians for Leadership in Energy and Environmental Design (LEED) certification by USGBC. Understanding that sustainable business practices are in the best interest of our customers, suppliers, employees, and environment, we are one of the few hardwood flooring companies in based in the San Francisco Bay Area that are pioneering LEED projects. We also believe in using the best product our suppliers can provide us to ensure that the wood flooring is long lasting and durable. Each year, we make three to four trips to our supplier’s headquarters; whether it’s in Canada, Seattle, or Brazil, we go the distance to find the best brands. Some of the prestigious brands we carry are: Mirage, Lauzon, DuChateau, and Oshkosh Designs. Each brand and product we use and carry is hand picked by our current founder and president,  …

Attic Pros is your go-to attic insulation installation and rodent removal contractor in San Francisco Bay Area. We offer a wide range of services for rodent removal, attic cleaning, insulation replacement, and crawl space cleaning to meet all your needs. Our team is dedicated to providing you with the best possible customer service. Contact us today for a free estimate!  …

If you’re looking for a paving contractor that provides superior work, affordable prices and outstanding customer service, your search is over. Method Paving of Santa Clara has earned a reputation for all three. Owner Rick Pestana is a degreed Construction Engineer with over a decade of experience designing and executing residential paving projects. His background in analyzing materials used in the composition of paving stones gives him an added dimension of expertise. Method Paving specializes in paving stones and natural stone surfaces for driveways, walkways, patios, pools, decks and similar applications. The company offers the customer the ability to work with a single contractor throughout the improvement process. There’s no handoff between sales people from one company and service providers from another. The Method Paving team gets to know you, and the vision you have for your home, and can deliver a product perfectly matched to that vision. You’ll be amazed at the selection of colors, patterns and shapes to choose from, and even more amazed at the quality and affordability. It all starts with a call to Rick Pestana and Method Paving. There’s a world of possibilities that they can’t wait to show you. COMPANY PHILOSOPHY "A timeless, lasting project will be delivered. Our flexibility and willingness to accommodate change is one of the things customers love. We’re also perfectionists, and work on your home like we’d work on our own. By providing the best quality products, competitive pricing and outstanding service, we hope to earn your continued business and referrals.”  …

All statements concerning insurance, licenses, and bonds are informational only, and are self-reported. Since insurance, licenses and bonds can expire and can be cancelled, homeowners should always check such information for themselves.To find more licensing information for your state, visit our Find Licensing Requirements page.
General Information
Free Estimates
Yes
Eco-Friendly Accreditations
No
Payment Options
Check
Senior Discount
10%
Warranties
Satisfaction

i like to give a nice price but on jobsite or get the pictures and mesurments by email.

How is SALINAS REMODELING AND HENDYMAN SERVICE overall rated?

SALINAS REMODELING AND HENDYMAN SERVICE is currently rated 1 overall out of 5.

What days are SALINAS REMODELING AND HENDYMAN SERVICE open?

What payment options does SALINAS REMODELING AND HENDYMAN SERVICE provide

No, SALINAS REMODELING AND HENDYMAN SERVICE does not offer eco-friendly accreditations.

Does SALINAS REMODELING AND HENDYMAN SERVICE offer a senior discount?

Are warranties offered by SALINAS REMODELING AND HENDYMAN SERVICE?

No, SALINAS REMODELING AND HENDYMAN SERVICE does not offer warranties.

What services does SALINAS REMODELING AND HENDYMAN SERVICE offer?

SALINAS REMODELING AND HENDYMAN SERVICE offers the following services: i like to give a nice price but on jobsite or get the pictures and mesurments by email.

Are there any services SALINAS REMODELING AND HENDYMAN SERVICE does not offer?