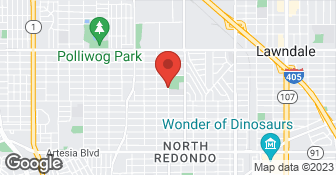 One problem was Mark?s business skills. He kept changing the details of his bid to charge us for items that we believed were part of the initial estimate--things like dealing with the beam in the removed wall and painting the ceiling (despite that his bid for the wall apparently included painting). He also did not keep track of our payments. At one point he sent us a threatening note and stopped work on the job, claiming that we had not made needed payments to continue. After we informed him of our bank receipts of payment, he continued. The quality of the work was poor. The Mallord guys used very little tape?none to connect the walls and ceiling, and as a result we have cracks in the walls. They also were messy and scarred up my kitchen floor when replacing the ceiling. The first guy who worked on the ceiling must have used a crow bar?he made a terrible mess, scratched up the tile floor (which was not covered),broke off the tops of the kitchen cabinets, and did not even try to replace the lights (a reason for the ceiling replacement). Mark realized that this was a disaster and redid parts of the ceiling work. But we now have a scarred-up kitchen floor and kitchen cabinets with broken tops. He also made a huge mess?mud thrown around and chunks of drywall everywhere, even inside the refrigerator. Mallord also was slow and did not finish at the agreed upon completion date. Mark initially agreed to get the work done before we moved into our house. But this didn?t happen. He kept setting revised completion dates and then failing to meet them. It was frustrating. His explanation was that he needed to keep his guys on other jobs and couldn?t focus on ours. So, the cost was higher than bid, the work was poorly done and beat-up our house, and the job was late. We don?t recommend Mallord Construction.

Description of Work
We had a really bad experience with Mallord Custom Carpentry. We hired them to remove a wall between 2 rooms and to replace the kitchen ceiling in our new house.

From large to small jobs, A&H Home Remodeling can handle all of your renovation needs. Remodel your bathroom or kitchen, replace flooring, add a deck, repaint your home and more. We do it all.  …

5 Star brings professional and expert wrought iron work to you, and has been doing it for over 25 years. We pride ourselves on your complete satisfaction for everything from gates and doors and beyond.  …

We do not offer roofing, electrical, plumbing although we do small bits as needed as long as it is implemental and supplemental to our job at hand, we also can direct our customers to other qualified tradesmen if needed.

Mallord Custom Carpentry is currently rated 1 overall out of 5.

No, Mallord Custom Carpentry does not offer a senior discount.

No, Mallord Custom Carpentry does not offer warranties.

Are there any services Mallord Custom Carpentry does not offer?

We do not offer roofing, electrical, plumbing although we do small bits as needed as long as it is implemental and supplemental to our job at hand, we also can direct our customers to other qualified tradesmen if needed.