The Restoration and Construction Company 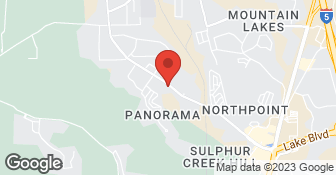 The Restoration and Construction company (RCC) provides Emergency Services for Water, Fire, Smoke,Wind and Mold Restoration. We work with your insurance compnay to restore your dwelling to the pre-loss condition quickly and professionally. As general contractors we do new construciton, additions and remodels as well

TERRIBLE...they were seldom working on the home, we spent most of our time trying to get them to finish. Martin (the owner) assured us that we would be in our home by a certain date and of course it was almost a month later than promised. They had us pick out flooring, appliances, fans, lights and more and then three weeks later informed us that they were broke and did not have the money to complete the job....EVEN though our insurance had been paying promptly! Needless to say, we had to shop for the finishing items again and pay for them ourselves in order to get back into our home. And now....we are still waiting for the job to be completed. The sheet rock team they used did a horrible job, and even though we complained they still left gouge marks in the walls, texturing looks horrible, we have holes everywhere in the walls. The painting is splotchy, some parts were never painted at all, plumbing work is terrible, every outlet hole was cut too large so they just caulked them all. They seem to bid low and then brag about how they will get the money out of your insurance in the end anyway. Pretty much everything they touched had to be done over again. We are now back in our home and the only room that is finished is our downstairs bedroom, we still do not have shower doors installed. Needless to say this has not been the best experience for us, the trauma of living through a house fire was made ten times worse by the unprofessional attitude of Martin and Dave. They hire subcontractors to do all the work and they are all complaining they are not being paid and refuse to come back to finish the job...yet Martin and Dave still find time and money to go on vacation..priorities are way off..DO NOT HIRE THEM! After everything we have been through my advice is to avoid them, they hide behind the scripture on the business card :(

Description of Work
They came in and cleaned up after our house fire and contracted to do all of the repairs....They are on here for air duct cleaning, but they provide smoke, fire, water damage cleanup and repairs

This is Martin with The Restoration and Construction Company (RCC) responding. RCC did not have a contract with the complainant, [Member Name Removed] We did, however have a contract with her boyfriend, [Member Name Removed] As general contractors, we make an educated guess as to the time it will take to complete the project based on experience and funding. We never make promises because we know that jobs can be delayed for many reasons. On insurance jobs, the primary reason is lack of funding from the insurance company. We have to wait on payment. We had the insured pick out all the items the insurance company said they would replace for this loss, and then waited to get paid before buying them. The payment came very late. We do not finance these restoration jobs. Financing responsibility is on the insured, the insurance company, and the mortgage company, not the contractor. The insured was upset that the insurance company would not pay to remove and replace all the drywall in the home when the primary damage was a fire in the garage. We had to patch, and match the drywall and texture inside the home in only the areas the insurance company authorized payment for. We hired a seasoned, licensed subcontractor with many years of experience to perform this difficult task. Any prior damage such as holes, nails, or scratches were not addresses, as the insurance company didn't include them in the scope of work to be performed. The client was very unhappy about this and refused to understand that it was not our responsibility to correct previous defects, unless they wanted to pay us out of pocket to do so. During the course of the project we performed all the tasks allowed by the insurance company to remove the smoke damage from the home. We can only do what is authorized at the time by the adjuster. Several times we had to call the adjuster to ask for more work authorization because the smoke damage was more extensive that the adjuster thought. Once we had authorization, we would go further to attack the smoke damage. This happened several times on this project. Unfortunately, even though we thoroughly explained the delays and the causes of the delays, (the insurance authorization) the client wanted to blame us for these delays. Some clients refuse to accept the information given to them because it isn't what they want to hear. Unfortunately this client decided they wanted to keep their insurance money and refused to pay what is owed. It is a crime in California to profit from an insurance loss as an insured, its fraud. However, there are clients who view claims as an opportunity to profit huge with the insurance payout they receive. People praise softly, but complain loudly. It's one of the drawbacks of humanity.

Call us today for all your gutter cleaning and pressure washing needs!  …

We offer our services NATIONWIDE. Our passion is partnering with our clients to crystallize their financial goals, design a strategy to achieve those goals and execute the plan to its completion. You know it’s not enough to just make a plan, even the most well designed strategies can fail if not executed properly and then monitored for progress and suitability. This is why we consistently monitor the progress of your plan and make changes as new developments come to light with your changing goals. Whether we are helping a young family set the path to achieve their ideal lifestyle and first home; assisting a newly widowed client in navigating and structuring his/or her retirement plan and new life; or advising a professional couple on structuring the sale of their business and transitioning into retirement, we are consistently behind the scenes working to get you there and keep you there: on track. Our Core Competencies include: Financial Planning, Wealth Management, Risk Management, Estate Planning and Multi-Generational Asset Transfer Planning, Managing Executive Deferred Comp Assets. We use the latest and the most sophisticated tools to produce accurate and realistic analyses. We pride ourselves on our independence and ability to work with the leading experts in all fields of wealth management, accounting and estate planning to design a comprehensive and robust strategy to achieve our clients’ goals. Sovereign is affiliated with Spire Investment Partners. Spire Investment Partners is the Parent Company of Spire Wealth Management, LLC an SEC RIA, and Spire Securities LLC, a registered Broker/Dealer and Member of FINRA / SIPC.  …

Customer satisfaction is what determines our success, which is why we take a hands-on approach. When interacting with Dan's Painting, you will notice that we are particularly focused on quality work, timely completion, competitive pricing, and integrity in all our business dealings. We combine knowledge with our extensive practical experience to ensure a specialized approach for your any of your painting needs. Contact us today we look forward to adding you to our long and growing list of happy customers!  …

Frequently Asked Questions & Answers about The Restoration and Construction Company

How is The Restoration and Construction Company overall rated?

The Restoration and Construction Company is currently rated 1 overall out of 5.

What days are The Restoration and Construction Company open?

The Restoration and Construction Company is open:

What payment options does The Restoration and Construction Company provide

Does The Restoration and Construction Company offer free estimates?

Does The Restoration and Construction Company offer eco-friendly accreditations?

Does The Restoration and Construction Company offer a senior discount?

No, The Restoration and Construction Company does not offer a senior discount.

Does The Restoration and Construction Company offer emergency services?

Are warranties offered by The Restoration and Construction Company?

What services does The Restoration and Construction Company offer?

Are there any services The Restoration and Construction Company does not offer?