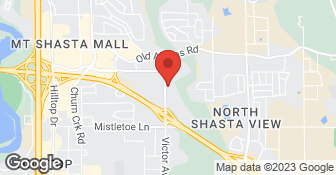 A.S.A.P. Heating and Cooling has the experience and knowledge necessary to make sure that your project is completed on time with quality service and workmanship. Full sevice, sales and installs.We will go above and beyond no matter what. Let us show you the difference that true professionalism can make! Call us today! Owner - Curtis Orloff A.S.A.P. Heating and Cooling started in 2007. I worked for a lot of big companies, and was tired of over charging customers to try and meet my quotas as a technician and a salesman. I started A.S.A.P. Heating and Cooling with a promise of no price gouging! I pride myself on high quality work at and affordable price. All new installs come with a 10 year parts and labor warranty.  …

Integrity Heating & Air Conditioning, Inc. was established in 1998. We began installing high efficient heating & air conditioning systems and after many years in business, Integrity wanted to help their customers save even more. Integrity has created a long history of educating customers, homeowners & business owners about the huge loss of energy that can take place in various areas of their home and businesses. With that, Integrity has now incorporated Solar into the list of services & products offered by Integrity. Darrin began working in Solar in 1984 while residing in Hawaii during one of solar's peak seasons for approximately 3 years. He has always been very interested in alternative resources. As the climate changes in many aspects environment, economy, increasing costs of utility rates, Integrity continues to help their customers be as efficient & as comfortable as they can.  …

Description of Work
I have used Enterprise Heating & Air Conditioning Inc. They repaired some old heaters for us.

They did a good job and we didn't have any problems. We are back in business. The price was comparable to other prices in the area. My husband really liked the guys. They had to put the unit in the ceiling so they had to go in and out a lot. They were very courteous and clean.

Description of Work
We used Enterprise Heating & Air Conditioning to put in a new heater and air conditioner.

Brett showed up promptly as promised. He then asked a few questions about the system, crawled up into the attic through the access door and removed the housing cover from the AC unit. He then asked me to turn on the system and promptly spotted the problem. He used an acetylene torch to repair a major break in the "U" turn. He then checked all the other "U" turns thoroughly, checked the system to see if the repair would hold, replaced the cover, and down he came. I asked about the other "U" turns and he explained that they deteriorate from the inside out, but that he gave each one a good inspection and tap to see if they might spring a leak. All seemed well he felt. He assured me that even though our system was old, it was made by a reputable firm from whom we could prbably still get parts. What a relief.

Description of Work
During a recent hot spell in Redding - 108 degrees, our AC started leaking water late in the afternoon. My husband climbed into the attic to be confronted by a large puddle of water in the catch basin of our water cooling system. It was now after 5 pm so he cleaned up the water as best he could and we turned the system off. I called a plumbing company that I trusted the next morning and Ken recommended Enterprise Heating & Air Conditioning. I called the company and after explaining the situation, Brett said he could be over in just 20 minutes. He clearly stated the up-front diagnostic charges and that there were very few of these types of systems in Shasta County and that he was not that familiar with them, though his mother had one installed that did not last. But if I was willing to take a chance - he would take a look at it for just the diagnostic charge. When he arrived Brett asked a few questions about the system and then went to work accurately diagnosing our problem with the 25 year old water based cooling system. Then Brett quickly fixed the system using an acetylene torch to fix the leaky part so we were back up and cooling our home once again during one of Redding's famous hot spells. He did this all, in just under 1 hour. Brett was courteous, informative, and professional at all times. I would highly recommend this company!

Thank you for your feed back. We really appreciate your business and look forward to servicing you in the future. Norvin & Deborah Gandolph. P.S. We will be sure to let Bret know what a good job he did for you!