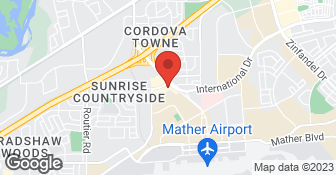 Ralph Opfer Floors, Inc is a family owned business that has been around since 1974. Lynn Lawson, (Ralph's daughter) took over the company in 2008 and with the help of her trusted staff prides herself in the personal service and knowledgeable help she offers her customers. We have everything you need from start to finish: - A friendly, knowledgeable staff - Simple Check-Out Service - In-home Consultations - Guaranteed Installation - Finance Options - Complete Warranty Service - Free Estimates...

Great people to work with. Very professional. Large selection and willing to obtain other samples for viewing. We are curious and picky and they were very patient and helpful answering our many questions. The installers were clean, organized and didn't mind our questions either. They installed flooring in 5 rooms and we are very happy. We are going back to them for new carpet too. Try them we are sure you will like them. Happy wife, happy life. cheers

These folks were fantastic from beginning to end. First they were fabulous accommodating our difficult global travel schedules and met with us in the showroom after-hours. They were very helpful when it came to picking out our flooring, worked with our contractors with measurements and installation was smooth sailing. I've since referred them to several friends. Everybody who visits my house loves goes gaga over the flooring. Incredible savings.

Second time I've used Ralph Opfer Floors and I highly recommend them. The selection is extensive without being overwhelming and the customer service saved me a lot of time by listening to what my job entailed and helping me narrow my options. The installation went without a hitch and I couldn't have been more pleased overall. I recommend them to my clients who are looking for a flooring contractor. Mary Nesel/Lyon Real Estate

Quick to respond on a request then after a reply from us to come out for estimate no response for 2 weeks. By then we went with S&G Carpet whom were absolutely awesome in every way. Their excuse - Angie's list changed their system. I guess messages changed so dramatically that they did not know they received messages and didn't bother to respond to customers that they were communicating to. Organized? Far from it.

We used Opfer ten years before. Because of good results, we went back to them. Pulled up carpet in dining room and step down living room. They were prompt and completed the work in four days. Hint: They gave me the baseboard to paint - it was a time and backsaver to paint on the bench and not along the floor! I had a nick in one of the alarm wires along the baseboard - I found it and spliced the cut wire. They were working in a door opening and the door fell over and cracked in half. He went out and fitted a new door in less than 3 hours. I like the new floor and the selection at the showroom.

I haven't returned yet but my initial experience with Lynn was super helpful and patient. I would highly recommend.

Description of Work
I worked with Lynn to get wide plank hardwood flooring samples. They have a large selection of wide plank to choose from. She was great. Super patient with me and let me take lots of samples home. She made great suggestions and noted she was going to a flooring expo which would have the latest flooring styles and new colors. I was still uncertain (I have a hard time making decisions without seeing lots of options). She encouraged me to return back after the expo.to see new options.

The job went very smooth from estimate to install. Needed job to be done asap and they did it a day earlier than expected. Lynn the owner was easy to work with.

We did return the flooring samples (5 or 6). . .We could not come to agreement on the color to choose. Would definitely recommend this company.

Description of Work
This business is owned by the wife (sales) and husband (installation). We wished to replace old stained (pets) carpeting in the living, dining room, hallway, and entry. The owner was knowledgeable, professional, and patient. We had a light color laminate flooring in mind (does not show the dust) and also looked at vinyl floors and engineered too. The owner was very helpful in assisting us with color, plank size, and pattern...and you can take HUGE samples home. Prior to this I did research the internet for information on flooring and read all customer reviews as well as shopping many stores. One of the most important things that was made clear to me was to have a good installer! Also you want to have many layers in your laminate. Ralph Opfer Flooring got excellent reviews and has been in this family owned business over 50 years.

Ralph Opfer Floors was wonderful to work with. They were able to come and give me an estimate within a few days of my initial call and start work right away. They gave me lots of information and always had a quick response to any question I had. I decided to use a new product they had, which is a Luxury Vinyl Tile. We put a travertine look in the bathrooms, and a wood look throughout the rest of the house. I never thought I would like a vinyl tile this much, but it looks great and is very durable (waterproof). The job was finished promptly and ended up costing less than I anticipated. They were a pleasure to work with!

Description of Work
Replace the flooring throughout the house, put in a new toilet, new faucets, new lights, etc.

Bottom Line: Grout is not deep enough, many tile lippages remain, several tiles are still too low/high relative to their neighbors. The overall floor is not 100% level, and this is noticeable form several vantage points. General I was not told that Ralph Opfer (Contractor) was using a subcontractor (Sub) to do the work. I scheduled two vacation days in addition to one holiday, and the weekend, to be present while the floor was installed. The contract specified ?approximately? four business days for completion. The Sub kept short days until the last two of eight full days of work. I took one additional day off and also left the Sub alone on the premises on the day of completion. Sub responded to my concerns about excessive lippages and unevenness with bullying tactics (?anyone who saw this floor would be pleased?), and even asked a visiting contractor (on another matter) what his opinion of the floor was. He also tried to rush my acceptance of the floor by mentioning paying his rent. The main contractor, Ralph Opfer floors, was no better. To whit: · ?We are not the main contractor on this job, you are. We are a subcontractor that has provided labor only for you.? · Stated in person that if I?d wanted a ?flat? floor, he would not have recommended tile. · ?FusionPro grout must be applied to an area on the same day otherwise the color would be different.? · With regard to the rework, ?The extra tiles were replaced at your request, not because of improper installation.? · Contractors dropped by on the seventh day without advance notice and entered the premises without knocking. Installation Pro · Tile layout design: suggested 1/3 offset to randomize grout lines on the short side established straight borders where tile ran perpendicular at entryway, hallway turns, and great room · Good finish work to carpet edge with tile · Moulding cut well Con · Did not inspect and select best tile to lay (from plentiful stock), resulting in some of the problems mentioned below. · Grout lines for square tile were laid at requested 1/8?, but grout lines for majority rectangular tile spread to 3/16? or wider in some places. · After hallway, entryway, and 1/8 of great room tile had been installed, I identified over 50 tiles as having noticeable unevenness to the touch; 10 having lippages noticeable in footwear. Sub expressed annoyance and resistance to correcting the problems. Approximately 17 tiles were removed and replaced. · Eight days to install versus four estimated. · Exceeded material use for mortar (12 bags versus 7 estimated). · Hearth face was built out (?floated?) by the Sub to cover an uneven face, which left ugly exposed mortar on either side of the hearth face. Contractor argued that this was ?customer design? because the Sub proposed the float to address bad framing. · Grout too low in most grooves, adding to the unevenness of the floor overall?objects moved across the floor get caught on the grout lines. Customer Service Pro · Responsive to changes in scope of work with respect to moulding choice, square tile and mosaic mix in entryway and hearth. Con · Difficult to obtain signed contract before work commenced · Sub responded to requests to correct mistakes with bullying tactics and resistance · After I identified problems, Sub blamed rework for dismissing his helper (inefficient use of the helper?s time), which further contributed to delay in completing job.

Description of Work
I contracted with Ralph Opfer (RO) to install tile in a 525 sq. ft. Living Room-Dining Room-hallway area, including a hearth and closet, on a concrete slab, after removing carpet and pad. Existing tile was removed from the entryway and hearth, including the hearthface. Baseboard material was cut, fit, and “pinned” to the wallboard. Tile was customer-supplied Marazzi VitaElegante Crema, 6” x 24” pieces, and a small amount of Daltile 12” square tile and mosaic tile for the entryway and hearth, all bought from Home Depot.

Just Hardwood Floors is a father/son team with excellent work ethic that has been in the business for over 42 years! Comparing to our competitors, our quality of equipment and our attention to detail is truly what separates us from our competition. Our billing process: For ALL Installations: Material cost due upon delivery. All Jobs: Progress payment due upon completion of installation Final Payment due the last day of the job We accept Check or Cash ONLY. SPECIALS every MONTH 10-20% OFF regular PRICE .  …

Over 15 years of experience in Remodeling We provide the Best Quality Work. We specialize on *Kitchen and Bathroom Remodel. * Laminate, Hardwood & Vinyl Planks floors installation & sale. * Install Cabinets, Vanity, Trim Baseboards. * Install Shower Tile, Ceramic and Porcelain Tile. * Kitchen countertop Quartz vs Granite. Give us call (916)200-9995 for more information we would help you.  …

Installation and sales of Solid Hardwood, Engineered Hardwood, Laminate, Luxury Vinyl, Carpet, Tile, and Linoleum. Sanding and Refinishing of hardwood floors. As well as Skandia window coverings. We also stock floor cleaning products. On top of all of this we also have an in house contractor for home repairs, electrical, basic plumbing, etc.

Ralph Opfer Floors is currently rated 4.8 overall out of 5.

No, Ralph Opfer Floors does not offer eco-friendly accreditations.

No, Ralph Opfer Floors does not offer a senior discount.

Ralph Opfer Floors offers the following services: Installation and sales of Solid Hardwood, Engineered Hardwood, Laminate, Luxury Vinyl, Carpet, Tile, and Linoleum. Sanding and Refinishing of hardwood floors. As well as Skandia window coverings. We also stock floor cleaning products. On top of all of this we also have an in house contractor for home repairs, electrical, basic plumbing, etc.

Are there any services Ralph Opfer Floors does not offer?