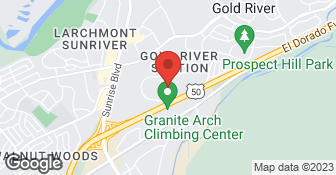 We are a family owned company that has been in business for over 30 years serving California. We offer many options in financing as well as monthly sales and deals. Associated with Home Depot....

“Bell Brothers Plumbing Heating and Air was founding in 1991 in Elk Grove, CA by brothers Kenny & Jerry Bell. After almost 30 years in the business, Bell Brothers has expanded to not only specialize in heating and air services, but windows installation, plumbing, sewer, duct work replacement and insulation. With more than $5,000,000 in Home Energy Upgrade rebates earned for their customers, Bell Brothers has established themselves a leader in California’s Home Energy Upgrade Program for utility companies SMUD and PG&E. Today there are over 160 trucks on the road and over 200 employees daily serving the greater Sacramento area and parts of seven surrounding counties. It comes to no surprise that Bell Brothers delivers 365 Days of Satisfaction to all their customers by providing the highest install standards, the best trained technicians and year-round service. Bell Brothers guarantees that you’ll love your service or your money back, that’s what makes them the “No Surprise Guys!”  …

The sales part of the process was a bit of bait & switch. We ordered an upgraded column and didn't get it. We were told later that was an additional upgrade we had not selected. We paid another $700 to get the columns we wanted but felt the sales rep misrepresented what we were getting. The installation process was excellent. The works were on time, worked hard and seemed to do a great job. A leak...

Description of Work
Installation of a patio cover.

From the start to the finish you could tell these guys know what there doing. Friendly salesperson, professional office staff, excellent installers and there extruded aluminum material was far more stronger then the other two quotes. I will recommend them to others. They are a bit more in price but when you feel the difference in materials you understand why. Also financing was a easy phone call t...

My experience with them was really superb. The owner is terrific he came out personally and explained the products, came out a couple of times when the workers were here. The workers were great, in fact I have some cards for them, where I may have posted them later. They did an excellent concrete work. So they both, did a concrete extension and then they put up the overhead enclosure with a ceilin...

Description of Work
We had used 'California Sun Rooms & Solar Technology' for basically a patio cover. It was a solid cover, extended our patio slab and they put in a cover so that they extended about 20 feet long and 12 feet deep.

See Above, it's all there.

We are sorry for the experience you feel has disappointed you. In the past 30 years of business we have had no complaints on our service and work. We feel that we have completed this job to the customers satisfaction and have responded to there requests in a timely manner. Sincerely, California Sunrooms Inc.

We specialize in Sun rooms, Patio Covers, Retractable Awnings, Trellis, Arbor, Pergola's, Pavilions, Car Ports and Gazebo's. We offer everything from start to finish with your projects, including permits and building plans, customization of each product i.e: flooring, electrical, paint, roofing ect..