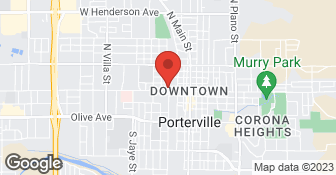 My son is 2 years old. He was only in attendence there for a month and a half. The place was very dirty. She had 3 dogs that she kept inside all the times(away from the children) so you can imagine how her house smelt! She had quite a lengthy contract to sign along with permission slips(about 8-10 pages total). Included in that contract was a run down of all her fees and rules such as: $5 fee for every MINUTE you are late to pick up your child, on days her son has a baseball game you have to pick up your child early-even if that means you have to leave work, you pay for days your child is not there PLUS a $10 no show fee if you did not give 24 hours notice.I took him there the first day, and i will admit he definitely liked it there and picked up quite a few things as far as numbers&letters. A month and a half into him attending that daycare, her son had a baseball game-she refuses to miss any so she decided to tell me at 8pm the NIGHT BEFORE that i needed to leave work an hour early to pick up my son by 4:00pm so they could go to this game. I did NOT sign the permission slip she gave me. She texted me at work telling me if i did not pick him up on time they would take my son with them to the game even if i did not approve of it. *with such short notice i was not able to leave work early* she later texted me that they were packing up and i could pick my son up at the baseball field. I WAS LIVID!!! I pulled him out of her care immediately. She was not happy about it and insisted i pay her for the 4 weeks notice i was supposed to give or she would send me to collections! I WILL NEVER RECCOMEND HER!!! You get what you pay for.. the price was right, but her attitude and strategy on running a business was not! DO NOT send your child to Tattletales Childcare!!!!!

Description of Work
Watched my son while i was at work. she watched him a total of 9 hours a day at a rate of $15/day which included his meals. They had some pre-school curriculum that they would go over with the kids as well. ***There are 2 "Tattletales Daycare"s in porterville, ca... this one is the one on ARGYLE...not Date Ave.!!