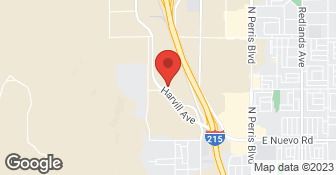 Cartier Construction & Mobile Home Services is a full Construction Company specializing in Custom Homes as well as Mobile and Manufactured Homes. We Have been in business for over 23 years and we are licensed, bonded, and insured....

It took longer than they said it would take. They didn't show up on the day they were supposed to finish the job. They quit on the last day at 3 and said they would come back the next day and never did. They failed to connect the gas line to the fireplace, which was in the contract for the $3995.00. We also had to call the gas company to fix a leak connecting the gas line to the flat range stove in our unit. We informed them and it was like it was no big deal to them. Now we have turned on the furnace, which as part of the job they were supposed to fix and now it doesn't work. What we found was some masking tape put over the button which was not there before. I have called them four or five times and they say they are coming out and are sorry, and never show up. They act surprised each time we call and they act clueless. They used plumbers tape on the gas range, and we were told by the gas company that fixed the leak that they are not supposed to use that type of tape - which they should know. I called them today and there was no one available. Each time before they said they were sending someone out and never did.

Description of Work
They replaced all the gas lines and put in new lines.

My Mom is elderly, has extreme short-term memory loss, and vision and mobility problems. We (my brother and I) have done everything possible so that she can continue to stay in the mobile home where she has lived for many years, but we can't afford to have someone there 24-hours a day. In December 2013 my Mom told me that a representative of Cartier Construction Company had come by and told her that her coach needed 'leveling'. By the time we found out about it, the work had already been done. At that point we asked my Mom not to OK any further work until we had a chance to get other estimates. I also called the company and explained to the young lady who answered the phone that my Mom had limited resources and she said she would put down my phone number so that they would contact me before doing anything further. I also found out that the company representative had been on the mobile home park grounds without park permission. At that time Mom told me that she had been told the water heater was leaking. Both I and my brother looked at the water heater and did not see any problems, but my husband took photos and we researched the cost of a new water heater and found a local company that would replace it for about $700 when we felt it needed to be replaced. On May 19th my Mom told me that she had authorized further work on the coach. The impression she gave was that the work was yet to be done, but when I looked at the contracts they were dated May 13th and 14th, and when I called the company on May 20th I was told that my Mom had called them and told them she didn't have hot water, so they had "rushed out to do the job" which included replacing the water heater. The Cartier Company is headquartered in Perris, California, and my Mom lives in Escondido, almost a hundred miles away. My Mother cannot remember making the call and there had not been a problem with the water heater when we all saw her on Mother's Day, just three days before the contracts were signed. Again, I asked the young lady who answered the phone to call us before doing any further work. My concern is not whether there was any work done or if the work was to standard, since I am not qualified to judge this, but my complaint is the ethics of the company: They proceeded to do work in spite of the fact that I had been assured that I would be contacted before any further work was done. The contract itself is mainly illegible and nothing is itemized, and the cost is much higher than I would have expected to pay. I have contacted numerous local authorities to find out what resources are available. At the suggestion of the local District Attorney I have begun the process to make a complaint to the California State Contractor's Licensing Board. I have also gotten Financial and Medical Power of Attorney so that I can help protect my Mom against those who might seek to take advantage of her disabilities. If you decide to work with this company I suggest you make sure that they give you a legible, itemized contract, and that you compare the cost to what is being charged by others.

Description of Work
I am unable to state what provider did or didn't do. My mother signed two contracts for various repairs. Most of the contracts are illegible and about the only part I can read is "water heater replacement"

Here at Dry County Restoration we are a Five Star Rated Family owned and operated company out of Corona Ca. We are a fully licensed and insured Water Damage Mitigation company working with all residential and commercial clients. We specialize in Water Damage, Mold Remediation, and Restoration of your home to bring it back to its Natural Beauty. We work with all insurance carriers and bill them directly. We offer FREE Water Damage analysis and FREE Leak Detection through our Partners RT Olson Plumbing. Our Co. owner Stephen Gimenez is a previous high level Large Loss field adjuster who has handled over 8,000 claims as an adjuster and knows the insurance and claims world backwards and forwards. No one can navigate a complex insurance claim like Dry County Restoration. Call us today for Free Water Damage or Plumbing Leak Inspection / Detection. We take over your claims and work for you to get you the maximum return to restore your home.  …

We specialize in commercial and residential Flooring and Painting Services. Our team works hard in guaranteeing a great service, an amazing experience with us, and affordable prices to the customer. We have been in business for 10 years now and have decided to grow our company.  …

How is Cartier Construction and Mobile Home Services overall rated?

Cartier Construction and Mobile Home Services is currently rated 1 overall out of 5.

What days are Cartier Construction and Mobile Home Services open?

No, Cartier Construction and Mobile Home Services does not offer eco-friendly accreditations.

Are warranties offered by Cartier Construction and Mobile Home Services?

No, Cartier Construction and Mobile Home Services does not offer warranties.

What services does Cartier Construction and Mobile Home Services offer?