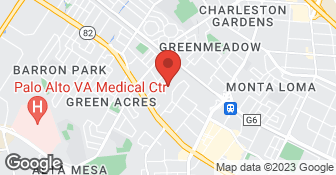 Specializing in all phases of LOCAL moving services- packing, loading, unloading, and more! Residential and commercial. We guarantee your satisfaction and we won’t leave until the job is done right. We pride ourselves on the quality work we provide, while delivering great customer service! Check out our services offered and call or click to schedule a free estimate today!  …

We specialize in local and long-distance moving services! We guarantee your satisfaction, and we won’t leave until the job is done right. We pride ourselves on the quality work we provide, while delivering great customer service! Check out all the services we offer below and call -or- click to schedule a free estimate today  …

we specialize in moving homes,apartments, our rates are affordable to meet our customer's satisfaction.no hidden charge, time start at your door,free delivery of material,all furniture are well wrapped before loading up to ensure your belongings arrive in great condition.  …

Description of Work
None. Phone number has been disconnected as of 10/31/2008.

Very well. This company saved the day. Another piano mover had agreed to do the job, then called the night before and bailed because they had apparently given me the wrong price. I called John and he was able to do the job within 2 days. Owners of old and expensive grant pianos should be aware that John moves pianos (up to 8 foot grands) in an ancient wooden trailer pulled by a pickup truck. But he knew exactly what he was doing and did great job, she told me, "it's all physics". He and he assistant that day (a former software engineer who is now teaching and playing the piano for a living) obviously had a love for the instrument. When they got the piano in my new house and started to put the 100-year-old legs on, it was obvious that the metal rollers were not securely attached to one of the legs because the screws had worn away the wood. John did a temporary fix which helped to stabilize it, and gave the names of people who could do a more permanent repair.

Description of Work
Moved a 6-foot grand piano from one end of Palo Alto to the other (first floor to first floor).