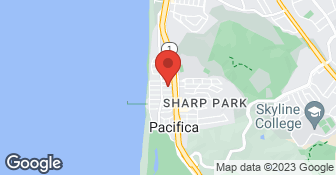 Dad's Construction does the job right the first time! All permits needed for construction and inspections so that all jobs are legal and safe. Subcontractors may be used ONLY if necessary. I work every job myself and specialize in custom kitchens, bathrooms and decks. But really any job can be customized to fit your needs. I work only 1 job at a time from start to completion so you're not left wondering "Where's the contractor?"

Upside Overall quality of work was decent DOWNSIDES In my opinion Mr. Searcy brought a lot of emotional baggage to the job. All too often, when things did not go right, he would burst into a verbally abusive rage with language that would embarrass a sailor. This language included racial slurs. He would spend an inordinate amount of time either at the dentist or hospital for various illnesses. This left the work to his assistant. Further Mr. Searcy ignored his own contract and performed work without making quotes. Additionally he delivered the project two months late! After work completion he made demand for the extra work that had not been authorized, then threatened a lien on our property. We then tried to negotiate the amount due. His response was to claim to have instituted a lien, demand the lien fee and engage in an email exchange containing language similar to his previous verbal outbursts. In the process of honoring the terms of the contract we sent that "lien fee" ($600) after he refused our initial attempts to pay in full. Shortly after this lien payment we discovered that the county never received a submission from the contractor. In essence we were defrauded. Case is currently pending. Mr. Searcy claims to have retired (convenient). If he ever goes back into business STAY AWAY!

We are an Electrical Contracting Company providing top quality electrical services to South Bay, East Bay, and the Peninsula! Dave Lee, the owner of Dalcon Electric, started doing electrical work in the San Jose area over 30 years ago. Then, in 1993, he started Dalcon Electric in San Jose. With over 30 years of experience in both residential and commercial work, we take pride in our expertise and professionalism. We always give you a fair price and can often recommend ways to save you money on your electrical job. We are family owned and operated company! We are also licensed, bonded, and insured! Give us a call today! You’ll be in good hands! Ask about our Angie's List coupon and senior discounts. Award winning. Certified Copalum Installers.  …

Residential services. Build from ground up to complete custom remodeling. Additions from foundation to roofing including plumbing and electrical. All permits and inspections are completed for your protection and mine.

How is Dad's Construction overall rated?

Dad's Construction is currently rated 1 overall out of 5.

What days are Dad's Construction open?

No, Dad's Construction does not offer eco-friendly accreditations.

No, Dad's Construction does not offer a senior discount.

Are warranties offered by Dad's Construction?

What services does Dad's Construction offer?

Dad's Construction offers the following services: Residential services. Build from ground up to complete custom remodeling. Additions from foundation to roofing including plumbing and electrical. All permits and inspections are completed for your protection and mine.

Are there any services Dad's Construction does not offer?