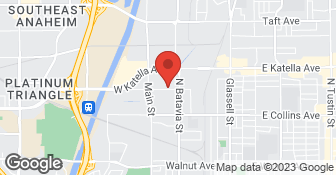 Jake is a pathological liar who cannot be trusted to complete a job, much less complete the job correctly. Mostly because he does not keep his word and because he does not verify his crew's work -- AT ALL. I have text messages telling him he needs to come to the job site and confirm that the job is getting done properly, let alone getting done at all but he wouldn't show up, or would show up hours late, completely disrespectful of work schedule. We have invested a substantial amount of money into this project that he reassured us would get done. IT DIDN'T GET DONE. There are a TON of imperfections, tile cut improperly (because they were freehanding it instead of using a stable surface) And in addition to that, we ended up paying an additional $8,000 on top of a $72,000 invoice because he didn't properly measure the jobsite. Shouldn't that be a pretty simple thing for a LICENSED CONTRACTOR to be able to do? He breached his contract in many ways, but one of the most terrifying ways is by stating that he is an expert in this type of project, but then later admits this is outside his scope of work. Jake talks a big game and is quite a salesman, but when it comes to execution and skill of the actual project, he knows absolutely nothing. Jake was also using our checks to pay other customer invoices rather than paying OUR invoices for supplies. I know this because I called Resources Building Material, which is where he told us to get the pavers from. I spoke with Brenda, his favorite rep there, and she told me that the checks I wrote, were only partially getting paid on my invoices, which is why my pavers were so behind -- the invoices weren't being paid. Jake told me that the pavers weren't getting delivered because Resources was having an issue with their trucks. Brenda told me that is false. She told me that they had been fronting our material to Jake until he paid the invoice but had to stop until the invoices were fully paid. So where is our money going? Jake admitted to floating money around different projects. Essentially, I'm funding someone else's project and not getting mine completed. Jake also has a known/active heroin addict on his crew that he continues to bring to job sites and allows to work on people's yards, making him quite a liability to a home owner for several reasons. If he brings someone named Trent to your job site, absolutely send them all away. Jake already has zero respect for your project if he sends Trent. Jake isn't a clean cut person, either. He has shown up to our jobsite high, eyes blood shot red (even in the morning) and moving/walking at a snail's pace. You will see the difference of a sober Jake versus a high Jake incredibly fast. Jake stole the DBA from his high school friend (OCIP) who fired him as his subcontractor because he was unreliable and unprofessional. I spoke with the owner of the real OCIP, Tyler, who gave me the entire back story. When I called OCIP, I thought I would reach someone above Jake when it turns out, Jake was fired more than a year ago from the company. The real OCIP is called Orange County Interlocking Pavers, but Jake coined the name Orange County Integrity Pavers to mislead any customers. I thought I was hiring the real OCIP with all the wonderful reviews across all the platforms, not the knockoff OCIP that doesn't know how to lay down pavers. Orange County Integrity Pavers. PAVERS. How are pavers outside of your scope of work but you are using this as your DBA? We had to fire Jake and bring in anther contractor to properly complete this job. So on top of a simple job that should have taken 3-4 weeks at most that has now been in process for almost 12 weeks, we need to pay another contractor almost $15k + another 3-4 weeks to correct the mistakes that Jake and his crew did to our project. We also have filed a complaint with the Contractor's License Board and will be going to arbitration for this matter.

GT Pavers has a team with over 60 years of combined construction and interlocking Paver experience. When it comes time to choose an expert paver installer, it’s important that you trust your project to an experienced paver company that has the team and expertise to get the job done right. Whether it’s a driveway, walkway, patio, backyard remodel, fire pit, pool decking or other similar projects. GT Pavers has years of know-how experience to handle highly specialized projects. GT Pavers will not only get it done right, but we’ll be more efficient and cost-effective than any competitor. We also offer a best-price guarantee, and we have been providing the highest quality work for Southern California customers for over 10 years.  …

Remodeling, New Construction, Hardscape & Front & Backyard Remodeling For Santa Ana, Anaheim, Irvine & Orange County, CA. Serving your home in Orange County. LMX Builders has over 20 years of construction expertise to lend to your full backyard remodeling, room additions, hardscape and pools. We are a family-owned general construction company offering extremely competitive pricing on all of your home improvement projects. Call our licensed company today to schedule an appointment for your home in Orange or the surrounding areas. We would love to make sure you have the home of your dreams!  …

Koi Masters USA, Inc. is currently rated 1 overall out of 5.

No, Koi Masters USA, Inc. does not offer a senior discount.