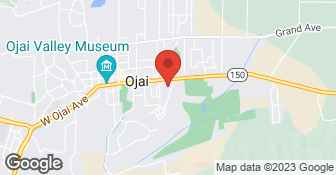 Originally, the service person came out to try and repair my existing cover. I was charged appx $400 for cleaning and servicing the cover. I was then told that the cover had a leak and would need to be replaced. I called to ask that the $400 be credited toward the cost of a new cover. They did give me a $300 credit, which I was very pleased about. I was told the new cover would take three weeks to arrive. I called after four weeks and was told that someone would contact me to scheudle as the cover was in. I then had to call one week later, when I had not heard from anyone and scheduled the cover replacement appointment. It was replaced beautifully/ My only complaint is that I had to track them down to schedule the service call. My time is as valuable as theirs and it was frustrating have to chase them down.

It was the wrong color and type. They complained about making the pool cover cabinet, staining and shellacking it, and they would not put the hinges on it that I wanted. I called them a year later because my pool cover wouldn't open. They replaced a string, but didn't put the plastic on it correctly so it's bunched up on the left side and will not open. They stated that they would come back on Thursday. I called them again and they told me that I was not on the schedule because they don't want to come down to my area because they are slammed with work in their area and that they put the pool cover in as a favor to the contractor who built the pool. They told me that they don't ever want to service my pool cover.

Description of Work
The installed the pool cover.

Pool cover got itself tangled up beyond my ability to fix. Mark and his helper (Son?) came out on a really hot day, put up their sun shade and repaired and re-assembled cover. His ability to repair covers in place is superb and is ultimately extending lifetime of cover. Smooth running every day since. Great job!

They were quick and efficient. They are also customer oriented, making sure to explain how things work and what we can do in certain situations.

Description of Work
They measured my pool, and installed a pool cover for us.

Description of Work
They serviced my electric pool cover.

How is CoverPro overall rated?

CoverPro is currently rated 4.2 overall out of 5.

What days are CoverPro open?

What payment options does CoverPro provide

No, CoverPro does not offer eco-friendly accreditations.

Does CoverPro offer a senior discount?

No, CoverPro does not offer a senior discount.

Are warranties offered by CoverPro?

What services does CoverPro offer?