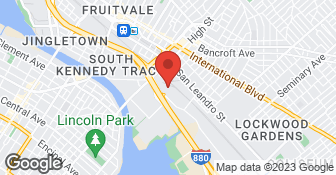 WestCo Roofing Co. has been a valuable part of the Berkeley and Oakland, California area since 1980. Specializing in high-quality commercial and residential roofing, WestCo prides itself on being known for its unique stance on only choosing clients that want the best quality for a fair price. One of the biggest things is that we concentrate on our educated employees' quality work. In a world where there are so many cheap roofing contractors, we pride ourselves on quality workmanship and a thorough knowledge of the roofing industry. One thing that sets us apart from our competitors is the fact that we don't do cheap roofs. Instead, we concentrate on superior, detailed roofs. In our industry and area, a lot of regular roofers don't know how to work on detail, which is what makes a roof really last. WestCo Roofing Co. has found a way to be efficient AND detailed. This combination of a sturdy, long-lasting roof with effective service makes WestCo Roofing a great idea for clients that want something that lasts. ...

At Cosmic Renovation and Roofing, we offer years of professional experience and product expertise. We specialize in high quality residential upgrades and services such as roof installations, cool roof paint, solar installations, windows, full home remodeling including kitchen, bath and room additions as well as hardscape and historical house renovation. We take pride in combining innovation, industry knowledge and exceptional customer care with every project we do.  …

Local company with over 18 years of experience. Owner onsite for every project from start to finish, making your tile dreams come true is our goal .  …

We had a roof leak discovered by our contractor. Westco had done work for us previously so we called them for an estimate (there are only a handful of contractors who do work on slate roofs). Brian and Tim came promptly and were courteous, friendly and informative, explaining what work should be done. They came and repaired the work in a day and Cayden shared before and after photos. They came in under budget as one of the issues was not as bad as initially thought. I now have my roofing contractor set.

Fantastic - Really appreciated the professional service and demeanor of Westco.

Description of Work
Replace the Roof

We had no direct contact with Westco, but they worked through our general contractor. The roof is simple composition tile, with only one ridge and no valleys to worry about. They did a fine job with no delays. Roof looks great - no leaks. What more can you ask?

Slight delay in start due crew quitting. Once started project went quickly. They stayed in contact which was good

They knew of the problem, there were two large holes on the semi flat piece of the roof- it is an old house, it was built in the thirties. The water was pooling there and going through these holes and flooding the inside of the house. They couldn't find the hole yet they took pictures of it and I saw one of their pictures of it. They had to come back and redo the job because they hadn't done it correctly, it was leaking like crazy and they did it. They were fine but the leaking on the inside continued. So I called this fellow that I want to recommend to you, he took pictures and fixed the problem. I tried to get West Co to come back out and look at that and I told them I'm not trying to hold you responsible for this, you have a good reputation. I kept a log because they wouldn't return my calls right away and I got up to 15 calls, leaving messages and asking for the job foreman and nobody would call me back. They were absolutely incommunicado but I was determined to get an explanation on why they were unable to fix those holes. There were other things they did fix.

Description of Work
They were supposed to fix two holes in my roof but did not.

Job was not started due to a lack of urgency and funding on our part.

Description of Work
The provider provided an estimate. We did not have this repair started or completed. We will need to have a new estimate performed as we get closer to a realistic start date. The provider was helpful and professional.

The work took about a day and I checked in on it several times and it was clear they knew what they were doing. We had them redo a section of our roof to stop a leak. The estimator was prompt, efficient, and easy to understand. Their quote/estimate document was terrific and through. We had a patch of very heavy rain and no leak. I feel great about the work the did.

Description of Work
Reroofed a section of our roof that was in poor repair.

The estimator was professional, personable, and knowledgable and showed up on time for the estimate, and provided the estimate within 2 days as promised. After we contacted some other companies (which took us a couple more months), we did decide to go with Westco. They were, however, fairly booked up by the time we made our decision, though, so it was a couple months before they could fit us into their schedule, and then they did need to postpone it a week or so because they were apparently behind on other projects, though at least they did give us a few days' advance notice of the need to reschedule. They did promptly arrive to begin the work on the rescheduled date; it took about 4 days instead of 3, but generally seemed to go smoothly. The workers were punctual and did a reasonably good job of cleaning up afterwards. The job was completed right before a series of storms from late November to mid December, including some pretty heavy rains, and so far it appears that the new roof is holding up. There was one issue that arose after the work was done -- one of our downspouts apparently got clogged with debris during the removal of the old roof and was leaking through the seams during the first rainstorm after the job was completed. The supervisor came out a couple days after I called and resolved this problem. I'd reserve final evaluation until the rainy season is over, but at this point I'd say I was satisfied with the experience overall.

See comments above. Westco Roofing gets my highest recommendation.

Description of Work
I bought a roof from Westco 17 years ago at a very fair price and have been very very happy with it. Last week, I noticed a couple of leaks in the roof and called Westco for repairs. The owner of the company responded promptly and repaired the leaks without any charge, even though the warranty on the roof had expired many years ago. He told me that Westco stood by the quality of its product and refused to accept any offer of payment. Now that is what I call great service. The owner of the company and his staff are all very pleasant to deal with and I recommend Westco without qualification. If you want a roofer who will stand by his work and product, do yourself a favor and call Westco. You won't be sorry that you did.

We are in the construction business and know great work when we see it. Serious attention was paid throughout the process, from Miles the estimator to Mike the foreman to Lionel and his co workers. They were ultra polite, cleaned up daily and were extremely competent. Getting the shingle bundles onto our roof was really tough. I was adamant that our curly bark maples not be damaged in any way. They and the material deliverer were impressive. They got that part done with much effort and care. We checked the job every day from skip sheeting to shingles to gutters to the chimney brace (seismic protection) and found high quality workmanship throughout. I had contracted with a small firm in Antioch, initially, who backed out two days before the job was to begin. So we waited another 5 weeks to get on the Westco schedule, and are glad we did. We paid more, but it clearly was worth it. It's a pleasure looking at our roof and know that it was done the right way by pure professionals. This is an excellent company. HIGHLY recommend them!