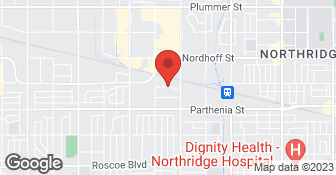 At the Appliance Outlet we are committed to both your safety and our safety. We will do everything in our power to help stop the spread of this pandemic. We look forward to helping you put together the nicest luxury appliances possible for your home so you can enjoy cooking and spending time with your family. HIGH END APPLIANCES....SAVE UP TO 40% OFF RETAIL...VIKING , THERMADOR, BOSCH,DCS, FISHER-PAYKEL, GAGGENAU,BLUESTAR,BERTAZZONI,LA CORNUE, SIMPLY BECAUSE NEW APPLIANCES ARE OUT OF THE BOX OR HAVE A MINOR BLEMISH WE CAN GREATLY DISCOUNT THE

I couldn’t believe my eyes! AHmaZing! Quality, selection and of course, price. All high end, direct from manufacturer, not used Seriously a scratch on the back of a fridge marked down THOUSANDS! What I thought was my “dream kitchen” is becoming a reality. Also, everyone from front end to final sale was incredibly nice, sales person was very informative on everything, no question too big or small. What he didn’t know, he went to find out. Really appreciated the personal assistance (due to covid, appointments are required).

When we got it to our restaurant -it turns out it's unusable, has so many issues, including a melted control part! We called an installed to hook it up and were told that it needed a new "valve" that controls the gas before it could be hooked up. We paid for a new valve and had it installed. The technician proceeded to hook the ovens up, and they began smoking and simply did not work! It turns out that the digital one has the control mechanism completely melted, both fan motors are duds, and assuredly there are more issues. Since this is far from "Great working - great looking equipment" and far from "It's in good working order" we contacted the Weiler Group to resolve this. We want to have our money back, and if they want the oven back they can pick it up. We have paid almost $1,000.00 to have the oven transported and for the installer and technician so far and are not paying another cent. Lee Weiler asked me to write him and get him copies of the installer's reports which I have done. I then hear nothing, and email again. In response I get an email I don't understand -from a third party to one of the Weilers. It turns out they want me to remove the melted control unit, send it back to them, and they might give me another one; and I pay for the removal and the installation. Nothing about the other wrong things with the oven. I have told them this is not acceptable to me. When I called again today, I first spoke to Lee Weiler who said he wanted to compromise and asked me to wait on the phone; after a while Marc Weiler came online and repeated the thing about the melted controller. When I said that I could not afford to spend any more money on the oven, there was a long silence and after perhaps 40 seconds or so, I told him I don't want to play games and being silent is not going to make me go away. He refused to discuss any other option and repeated being silent - I told him I did not have time to play games and he then said "you do what you have to do" and we hung up. In addition Marc Weiler who was the auctioneer, denied having told us that the oven was on "good working condition" prior to the auction. I have tried to get this resolved for more than three weeks now. Their responses have been less than professional, less than courteous, and shown no desire to resolve the situation. As far as I am concerned, the Weilers of the Weiler Group and their auction business are a total scam; they have lied in their advertising and they have lied to my face and they refuse to do anything about it.

Description of Work
They advertised an auction for restaurant equipment as **Great working - great looking equipment**. During the viewing prior to the auction I asked a gentleman (who later turned out to be the auctioneer) what condition a double stack gas convection oven I wanted to bid on was in. His reply: "It's in good working order and just came out of a restaurant". So I bid on the oven and got it. These ovens weigh about 1,000 lbs. The staff when we picked it up were less than helpful.

High Tech Services, is a family owned business by Professipnal people who have more than 25 years of experience. We Serve both Residential and Commercial Clients. Our services cover but not limited to HVAC and Electrical . Additional phone number 8187893081 3104828481  …

Founded January 2017. Please call our office today and get your schedule for your appliance repair. +1 818-818-8204 With Angi Since August 2022. AML Appliance Service is a company founded by an experienced appliance repair technician. Our technicians are certified by DCA and ETA 608 Type l, with over six years of experience as appliance repair technicians. Our service center is providing professional customer assistance. Our well-trained and knowledgeable technicians stay updated on new appliance and manufacturer developments. We have been working in the LA County area with appliance brands like Electrolux, Frigidaire, Whirlpool, KitchenAid, Maytag, Jenn-Air, Samsung, Viking, SubZero, General Electric, Fisher Paykel, LG, BOSCH, and Thermador. Also, we are officially authorized by Samsung (SAMSUNG AUTHORIZED SERVICE CENTER (ASC)).In addition to quality repair services, AML SERVICE is glad to help you with the maintenance and repair of all category appliances. AML Service has the best prices and always backs up our job with warranted parts. Along with our emergency response, most service calls can be scheduled within 4-12 hours. We generally provide a two-hour window for your appointment whether it's in the Am or Pm. We do not repair commercial appliances. Customer satisfaction is our priority.  …

We are family-owned, full service major appliance repair company. We’ve been successfully serving our customers for over 15 happy years. Reliability, Trust and Customer Satisfaction are our top priority. Our highly trained, licensed and insured technicians will quickly troubleshoot to ensure the safe, effective repair of all appliances, including refrigerators, freezers, dishwashers, stoves cooktops, ovens, ranges, microwaves, trash compactors, garbage disposal, washers, dryers and many more. We specialize in all Major Appliance repair including high-end Sub-Zero, Viking, Dacor, Wolf, Thermador and others. The office specialists are helpful in providing answers to questions you might have and ease the process of scheduling an appointment. We provide accurate, detailed quotes that specify all cost including parts, labor and tax assure no hidden costs. We use only genuine parts. All repairs are backed by our solid warranty. We carry a large stock of parts on trucks and have a very high rate of completing the jobs during the initial service call. • 30 Day Labor Warranty • 90 Days Parts Warranty • State Licensed and Insured • Factory Trained and Certified Technicians • Factory Authorized by Samsung, Broan, FiveStar, NXR, Sirius • 100% Satisfaction Guaranteed • We Beat any Written Estimate by 10% As a service to our existing customers, our qualified technicians are available for phone-based consultations to guide you through simple troubleshoots to save you cost of unnecessary service visit. Bookmark our website to make sure you save money next time you need appliance repair. Please check an array of specials and discounts on appliance repair by visiting our website. • Additional $10 Off for Seniors and Military Citizens  …

No License Required for Trade
Insured
All statements concerning insurance, licenses, and bonds are informational only, and are self-reported. Since insurance, licenses and bonds can expire and can be cancelled, homeowners should always check such information for themselves.To find more licensing information for your state, visit our Find Licensing Requirements page.
General Information
Free Estimates
No
Eco-Friendly Accreditations
No
Payment Options
Visa, MasterCard, American Express, Discover, PayPal
Senior Discount
No
Warranties
Yes

SAVING PEOPLE MONEY FOR OVER 25 YEARS

How is Appliance Outlet overall rated?

Appliance Outlet is currently rated 4.3 overall out of 5.

What days are Appliance Outlet open?

No, Appliance Outlet does not offer free project estimates.

No, Appliance Outlet does not offer eco-friendly accreditations.

No, Appliance Outlet does not offer a senior discount.

Are warranties offered by Appliance Outlet?

What services does Appliance Outlet offer?