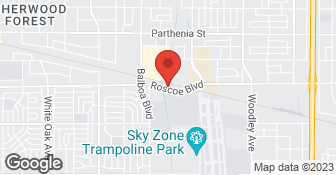 Andy arrived on time and accessed the problem. He called to get a part to see if the faucet can be repaired but after after two days of use the problem returned. He replaced the faucet at no additional cost and took the 4 year old Delta faucet to and called the company to get a replacement. He also called the Kohler company because he remember that there was a recall on the flushing mechanism for this type of toilet, the benefits of hiring a professional plumber. He got the part from the company within three days at no cost. No problem waiting three days because it was guest bathroom. Overall great job!

Description of Work
I had to replace a kitchen faucet and replace a powerful flushing mechanism on a Kohler toilet because it starting making a hissing noise that made me extremely nervous.

It was a success! They did a wonderful job and I would highly recommend them to others. The process was flawless! I am very pleased with the outcome and with the process of selecting the contractor. They were right on schedule and finished as scheduled.

Description of Work
I hired Lumber Liquidators to install my wall to wall wood flooring through my entire house.

I'm very disappointed with their sales tactics and responsiveness. This shopping list they provided was over padded with overestimated quantity of materials; while you can return it, they will charge a 15% restocking fee - If they give me a list of things I need after I paid a fee to have it estimated, I shouldn't have to pay a restocking fee! To put a cherry on top of the cake, the sales experience was horrible: AS mentioned earlier, I purchased hardwood floors from their NorthHills, Ca store. The store manager had to load it into my SUV. Before he did so, he removed my SUV's cargo cover from the trunk. He took about 10 minutes to load the entire products into my car. After he was done, he closed my trunk and told me that I was ready to go.I did not know that he did not return my cargo cover to my car until we unloaded my SUV about 24 hours later. I immediately called the store. A store employee said that the manager would not be back until 8/31/12. That employee did look around the store but could not find my cargo cover. He said that he would contact the store manager to see if he put it somewhere else. For the next 3 days, I left at least three messages for the store manager to see if my cover could be located. It wasn't until 8/1/12 that I was able to speak to the store manager on a phone call that I initiated that I was able to actually speak to him. His attitude toward my issue was indifferent. He offered no apology and just told me that the store insurance would be in touch with me in a few days in a matter of fact manner. After this call, I waited almost three weeks and received no calls. Finally, I called their 800 number to file a complaint. Two days after that 800 number complaint was filed, the store’s insurance called me. After taking a statement from me, they told me that the store manager told them that he had obtained my permission before he removed the cargo cover from my SUV and therefore, I was responsible for my missing item. I told them that I had never given the manager any permission to remove anything from my car; he barely spoke a word to me other than telling me to pull my car around the back so the items could be loaded into my SUV. The insurance told me that they had two conflicting reports, so they would not pay for my missing cargo cover. After getting off the phone with the insurance co. I immediately called the 800 number again and wanted to speak to a supervisor regarding this matter. The agent on the phone told me that all she could do was to pass that message to the regional manager. This was on 8/22/12. I have yet to hear back from anyone from the store. I feel that I trusted the store manager to do his job completely and correctly and because of this, I lost a cargo cover that is of significant value. I am also appalled that the store managers not only did not return any of my phone call but also lied to cover his mistake. I called my car dealership to see about replacing this item and the price they quoted me was $507. I would stay away from that place. Extremely deceptive.

Description of Work
I paid $25 to have one their guys give me an estimate on materials and labor to install engineered hardwood floors. The estimate came back with a shopping list and what seemed to be a very high labor cost. I used the shopping list to get the materials and contacted other installers (found on Angie's List) who came me a free quote. Since their rate was much lower I decided to go with the other guys.

We have over 15 years professional cleaning experience in carpet cleaning, tile, grout and stone cleaning. We do not offer services for waxing and polishing. We guarantee your satisfaction, and we won't leave until the job is done right. We pride ourselves on the quality work we provide, while delivering great customer service! Call us directly at 818-288-0809  …

How is Lumber Liquidators overall rated?

Lumber Liquidators is currently rated 4 overall out of 5.

What days are Lumber Liquidators open?

No, Lumber Liquidators does not offer eco-friendly accreditations.

What services does Lumber Liquidators offer?