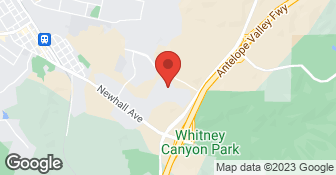 WE WILL BE CLOSED ON JULY 4-5 IN OBSERVANCE OF THE INDEPENDENCE DAY HOLIDAY During this unprecedented time, we are here to help you with your flooring projects as best we can within the LA County Public Health Order Guidelines. Our showroom is currently open as we do provide essential infrastructure services. We are taking many health precautions to insure the safety of our employees and customers. You can reach us at 818-780-4044 or 818-539-7703. You may also email us at marty@valleycarpetone.com. As always, thank you for your patronage over our nearly 50 years serving the flooring needs in the San Fernando Valley, and we hope we can continue to be of service. Be Safe... Stay Healthy! Family-owned & Locally-operated since 1973. First "Carpet One" store in the San Fernando Valley, and a member since 1990. Licensed and bonded. CSLB #432146.  …

October of 2013, The owner of this company,Johnny Siganoff, paid $450.00 check for another Contractor to come into my home and finish the work he didn't.

Description of Work
In a nutshell, the owner of this company came to me August 26, 2013, claiming to be a licensed contractor who has been in business for 35 years. This company came to me as a referral by someone I trusted, who owns his own business and is now telling me he is going to do everything he can to get my home corrected, without costing me. I made a verbal agreement with the Johnny Siganoff, the owner of J&S Affordable Hardwood Flooring Company, located here in the Santa Clarita Valley, back on August 26, 2013, and on Thursday, September 5, 2013, at 5:50 pm , per my request, the owner, Johnny and the guy would works for him Jerry came back out to my home to discuss all these issues and to show him first-hand that this job wasn’t completed, as his worker, Jerry had left my home between 1:00 – 1:30 pm that afternoon saying he was completed with the job. I spoke to this owner and pointed out some issues with the flooring, gaps, spaces between the door molding and the flooring, huge gaps between the new installed baseboards at the top between the wall and at the bottom a gap between the bottom of the new baseboard and the floor. Caulking all over my newly painted purple walls. I also mention that I had all the materials for the sliding door downstairs, and why were they not used, as Jerry had cut into the frame work of my wooden blinds and that I had had all the materials in the garage for that area. where the baseboards and the flooring met. etc., etc. He did take care of some of the issues, but not all, and he was acting like he was doing me a favor. I told him to please give me until the following day to pay him, saying perhaps 4:00pm, so I could get someone out here to check the work. This owner then said these exact words to me, “If you don’t pay me tonight, I will start ripping up this flooring right now. I was furious, but when he said to me, “I think your on a fixed income and don’t have any money to pay me.” That did it! I went right into my office and proceeded to type up an invoice myself, with the total amount of payment I was going to be paying him in full and final, which was a total cost of $1,875.00 and the total square ft. of flooring that was laid was 425 That’s $4.41 a sq. ft. The only way I would give a copy to the owner is if he left me his business card, which he did. I told him I was going to report him as he walked out the door. There was no license on his business card, so that evening I sent this owner a text asking for his license number and this was his reply back to me by text, “ Why would I give you a license number that job was not written in the contract and License is written on a different name that company name is only for retail store to buy materials Only.”