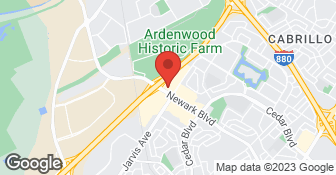 Your Tankless Water Heater Experts! We are a family owned and operated business with more than 30 years of experience with integrity and pride in our work. You can find someone cheaper, but you'll never find someone better! Imagine something going wrong with the water pipes or the drainage and having the bathroom flooded; or what about the kitchen faucet dripping constantly and you having to deal with wet floors? The whole scenario is enough of a nightmare by itself and if there was no local plumber on call for such emergencies, it would be ten-fold worse! Your home's comfort to a large extent depends upon its efficient plumbing system and our plumbers are the ones to do the job right! 6 employees. No subs. Cost is determined by the job. No travel charges. No service fees. Extra charge for after hours service applies. License #: 979380 . Do not contact through email.  …

Bay Water Plumbing & Water Systems offers the best water treatment systems on the market. We are locally owned and we're the professionals that you can trust! We have been providing water system products to customers in the Bay Area for over 10 years. Our company installs the best quality water heaters on the market. Contact us to help you eliminate hard water from your home.  …

For experienced, reliable, and speedy plumbing services in Milpitas, call Amor Plumbing. Our licensed team has over 30 years of experience and we happily serve homes and businesses throughout the greater Santa Clara County. Whether you are looking for water heater services, sewer main or water main solutions, drain cleaning, or water treatment and backflow services, our skilled team has you covered. Our tools, training, and products put us leaps and bounds above the competition, and our high-quality services are always affordable—coming with a free estimate. No job is too big or small for our licensed, highly trained, and professional team. To schedule a same-day appointment, call Amor Plumbing.  …

I had another plumber come out and said he'd need to remove the entire bathtub and refused to look at it further. Andre came out and knew exactly what to do; he was courteous, punctual and most of all he got me going for an extremely reasonable price in about an hour. I've been draining my tub with a bucket for three weeks; now I can finally take a shower again (I guess you can say this was on my bucket list!). I can't praise Andre and Quality Plumbing highly enough! He's got a big thumbs up from me :-)!

It went great, they were courteous, prompt, and were reasonably priced.

Description of Work
They had to clean out main line.

Description of Work
They cleared out a kitchen sink.

My husband and I now call Quality Plumbing each time we have a plumbing need and that need always seems to be an emergency. - 2008 our main water valve burst. Husband was at work miles away so he told me to where the main was and to turn i off. I contacted Quality Plumbing who was at my house within two hours and fixed the broken pipe, replaced the regulator. This was five years ago so I don't remember the cost but it must have been reasonable or we would not have call him for the next emergency. - 2009 we still were not members of Angie list at that time. Contacted with someone to sheet rock and paint our master bathroom. Months later we noticed the ceiling was discolored. We call the contractor and he stated it was a and quot;plumbing problem. We called Quality who found the real issue. Yes, the and quot;contractorand quot; pierced a water pipe when installing the sheet rock only. Quality not only detected the leak but also repaired the leak in a very professional manner. - 2010 Quality Plumbing is the only plumber we call. My elderly mother moved in would be using our the second bathroom which needed a little TLC. Andre ( our plumber :-)) took care of the toilet, sink and our master bathroom. - 2013 (September 2) at midnight I was awaken by a phone call from my neighbor stating my 2 year old Home Depot hot water heater was spewing out water. Husband had to shower and get ready for work six hours early before we turned off the water. 7:00am I called Andre. Andre said he would be at my house by 11:00am. Andre arrived an hour early, removed the heater then returned it to Home Depot for me. I purchased a larger water heater. Andre had the heater installed by 11:00am. Oh by the way, Andre quoted a higher price because he thought it was going to take longer install and decreased the price to fit the actual labor cost. - 2013 Another emergency, having guest over for dinner and my garbage disposal broke. Andre was there quick a a flash, he purchased the disposal that cost $85 and installed it before I began to worry. the total cost was $160.00. Andre lives up the name of his business ...Quality Plumbing I would only add at reasonable cost.

In the middle of the day as my daughter was showering I noticed that the water was coming up in the other bathroom tub and toilet. This happened once before many years ago and I knew it meant that the main line was clogged. I called Quality Plumbing. They had someone out within an 90 minutes. We don't have a main clean out so they had to go onto the roof to clean it out. To do this they had to have another service professional out. It took another 30 minutes for this person to come and they got to work. He didn't start to charge me until the other professional arrived. It took them an hour to do the job. They cleaned up and were very polite and courteous. This is the 3rd time I've used this company. As a matter of fact the first professional to come out was the one who came the last time I needed their services. I was VERY glad they could come out the same day. Since we couldn't use ANY toilets and I have 3 kids that were home for summer. It was very important that this be remedied right away.

I called 5 plumbers off of Angie's list. Not only was he the only one to pick up but not one of the others bothered to call me back. I'd talked to a couple people a few months back about the leak and they said they'd need to bust out the tile, cut this valve out, and put in a new one. Andre (Quality Plumbing) said on the phone he doubted this would be needed. (Honestly, I didn't believe him.) We set up an appointment for that evening. He showed up on time, looked at it, confirmed no tile destruction was needed, and quoted me $124 including $24 for part he brought with him. Turns out the part was so corroded that it took a little longer than expected, but he was still done in about an hour. Couldn't have asked for anything more especially considering a couple months back guys were quoting for a complete destruction of the shower wall.

Description of Work
Replaced the interior cartridge of my Moen shower valve which was shot and causing the shower to come on through out the day and night. (Not just leaking, but actually turning on.)

Their quality of work was very good and they were very conscientious. Their price was fair.

Description of Work
Quality Plumbing did some work for me about three days ago.

I set up an appointment for Andre to see the work that needed to be done and give me an estimate. He never showed.

Description of Work
I set up an appointment for Andre to see the work that needed to be done and give me an estimate. He never showed.

I called Quality and left a message. Andre called back and reached my husband. Andre agreed to come out the following Saturday between 8 AM and 10 AM to give us an estimate on a plumbing job. He never showed, and never called.

Description of Work
No work done.

HE DID EXTRA WORK. WORKED OVERTIME AND HE DIDN'T CHARGE US ANY EXTRA MONEY. HE RECOMMENDED THAT HE PUT IN 2 ADA TYPE TOILETS SINCE MY HUSBAND HAS HAD HIP SURGERY. WE PAID CASH AND HE GAVE US A DISCOUNT ON HIS SERVICES. HAD OUR WATER HEATER TURNED DOWN.