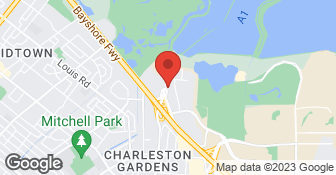 I likely saved over $15,000 on the kitchen remodeling project for our home. The cabinets ALONE, were $8,000 less than 2 quotes I received from 2 other stores. (For the same brand, etc.) Busy showroom on Saturdays, but the weeknights are calmer. I was referred to them by my contractor, who said I couldn't beat their prices. He was right.

The company refuses to disclose their business until you get in the door, ambushes you with a pay now or never threat, personally insults, degrades and demeans potential customers and wants thousands ($5,789) upfront before ever providing a single service. They bait and switch, refuse to disclose the contract until you commit to paying and hand over your credit card and license to use as a form of extortion. That's only for starters. The membership prices are completely arbitrary, the ten year contracts lock you into paying thousands (plus hidden fees) with no recourse at all for non-performance, poor service or provision for contract cancellation, they insist on both spouses attending to make the contract binding. The business seems to be more about getting your money upfront and sending you into a credit collection scenario, not furnishing your home. Overall, this was a very disturbing and troubling experience. Don't provide your personal information to the company.

Description of Work
The BD company reps had a booth at the Home and Garden Show in San Jose. They represented their business as a discount furniture store and would give no other details. Instead, they said that the company was holding an open house event to get customers aquainted to the new business. As a thank you for stopping by, they offered a $25 gift certificate to the Cheesecake Factory. They used the very same strategies and questionable tactics time share companies use. BD is a secretive, non-sophisticated yet high-pressure sales tactic oriented multi-level marketing style of business. They have you pay thousands up front before ever telling you what you might be getting in exchange. They took three hours to tell me what I should have learned in two minutes. It was a test of wills to see who could wear whom down first and make the other party give in. In the first 25 minutes, we were handed over to no less than five salespeople who pried their not-so-subtle (sleazy) tactics.

I was invited to the EXCLUSIVE open house for non-member. They would not disclose the membership fees over the phone nor when I showed up. They won't let me attend without my spouse's presence. They will only let me sign up the same night I attend. Won't tell me the membership fee when I met the representative in person. I was asked to leave. Then, I found out online from ripoffreport.com that the fee is $4000 for the first year and a host of people complained about them. Please be aware of this company.

We are an Electrical Contracting Company providing top quality electrical services to South Bay, East Bay, and the Peninsula! Dave Lee, the owner of Dalcon Electric, started doing electrical work in the San Jose area over 30 years ago. Then, in 1993, he started Dalcon Electric in San Jose. With over 30 years of experience in both residential and commercial work, we take pride in our expertise and professionalism. We always give you a fair price and can often recommend ways to save you money on your electrical job. We are family owned and operated company! We are also licensed, bonded, and insured! Give us a call today! You’ll be in good hands! Ask about our Angie's List coupon and senior discounts. Award winning. Certified Copalum Installers.  …

Flores Electric is a family run electrical company focused on delivering quality service at an affordable price. We specialize in panel upgrade, lighting, repair work as well as installs. We've been in business since 2018 and have over 30 years of combine experience working in Santa Clara county and surrounding areas.  …

How is DIRECT BUY OF SILICON VALLEY overall rated?

DIRECT BUY OF SILICON VALLEY is currently rated 3.9 overall out of 5.

No, DIRECT BUY OF SILICON VALLEY does not offer eco-friendly accreditations.