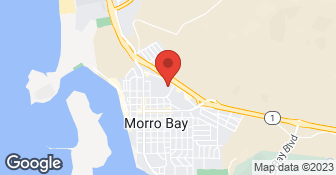 I went to Coast Electronics due to a lousy cable internet experience, thinking my router was the problem. The guy at the counter was great, exchanging the router I had bought there about six months prior with a new one, no charge. As I said, that was great. The problem arose when I asked if they offered tech support. He said yes and gave me a card with the number of the tech support guy. When I got home and found the new router didn't solve the problem, I called the number on the card and left a message for tech support help. TWO DAYS LATER after receiving no return phone call, I called the store, got a person and repeated this story. They guy on the other end of the line said the tech support guy was out, to leave a message and he'd call back. I fixed the problem myself.

Description of Work
The least they could do is call back.

Description of Work
electronics parts. They also provide two-way handheld and mobile communication equipment and service as well as wireless and wired phones.

Repairs to computers on time and on or binder the estimate.

Description of Work
Stuart has repaired several of my computers on different occasions. He is always right on his estimate and on time with the work.

Don't settle for average, Demand Elite! Welcome to Elite Electric! We always provide quality work, that is completed in a timely manner! We specialize in electrical work, with an emphasis on new construction projects. We take pride in the relationships we build with our residential and commercial accounts. We will help advise you and give direction to your project needs and have a crew standing by to get you on the schedule quickly. Give us a call today, or book us directly online!  …

Insured
All statements concerning insurance, licenses, and bonds are informational only, and are self-reported. Since insurance, licenses and bonds can expire and can be cancelled, homeowners should always check such information for themselves.To find more licensing information for your state, visit our Find Licensing Requirements page.
General Information
Free Estimates
Ask for Details
Eco-Friendly Accreditations
No
Payment Options
American Express, Check, Discover, MasterCard, Visa
Warranties
Yes

How is COAST ELECTRONICS overall rated?

COAST ELECTRONICS is currently rated 4.4 overall out of 5.

What days are COAST ELECTRONICS open?

No, COAST ELECTRONICS does not offer eco-friendly accreditations.

Are warranties offered by COAST ELECTRONICS?

What services does COAST ELECTRONICS offer?