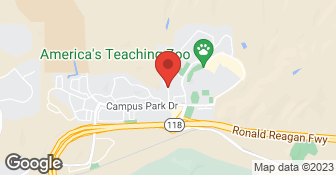 We are a mobile screen service that comes to you to build new screens or rescreen your current window or door screens. We answer our phone when you call and we accept cash, check or credit cards....

Great job and in a short amount of time.

Description of Work
2 windows needed to be screened and the rear door screen also.

Excellent. Showed up on time and was done very quick. Work product was excellent. Very professional and will definitely use again. I recommend.

Great. He was thorough, fast and friendly.

Description of Work
He replaced 8 screens total. He came to do 6 and we found 2 more which he willingly did.

Peter did a great job. Very courteous and knowledgeable he came measured and made the screens all in about an hour. The only hiccup was that he was a bit later than he had said on the phone. But all was well. I would definitely use him again.

I called and we set up an appointment of later the same day. He came out and measured the opening. After making the screen frame he took the frame and checked for the fit in the opening. He then made a small adjustment and checked it again. He then put the screen into the frame and installed the screen. Very professional job all the way around. I liked that he checked the fit before making the finished product.

Description of Work
Made a screen for a French door sidelight

I called Peter this morning based on reviews from Angie's List. I had a screen door that had been tackled one too many times by unknowing party guests. Peter was booked until late next week but said that if he could swing by later today, he would. As promised, he called late in the afternoon and said that he would come by in 30 minutes. He was punctual, professional and did a great job on the screen. When I asked him why he needed some of the equipment on his truck, he replied that he also made replacement doors. I asked him if he recommended that I replace my door. Peter said that he would be happy to replace it, but that he would try to bend it a little if I would prefer to get a little more wear out of it. He also patiently answered all of my curious questions about the adjustments he made on the screen door to make sure that it hung properly and glided correctly in its tracks. I appreciate Peter's approach and the quality of his work. I will call All About Screens in the future and gladly recommend him to my friends.

Description of Work
Replaced the screen on a patio screen door. Adjusted the door frame. Adjusted lower and upper wheels on frame.

Peter did a great job replacing some very old screens. He responded very quickly to phone calls and I was able to make an appointment within a few days for a Saturday afternoon. It took less than two hours to finish making and installing four entirely new window screens and one sliding screen door. Compared to another mobile screen service I called, the price was very reasonable and we are very happy with the quality. We picked the and quot;charcoaland quot; screen color and you can barely see it. We love our new screens and sliding screen door!

Description of Work
Made four new window screens and one sliding screen door.

Peter was great! He made an appointment at my convenience, came exactly when he said he would, took the screen door out to his truck, brought it back, fixed, in a short time, and reinstalled it.

Description of Work
I needed my patio screen door rescreened after my dog made her own doorway through it. I asked if he could use dog-proof screening or a grill of some kind. He rescreened the door and and installed what he called a pet guard -- an attractive grill that covers the bottom 3 feet of the screen door. Also, when he removed the door to work on it, he showed me that the plastic wheels were broken. I asked him to replace the wheels and he did. Now the door is screened, dog-proofed, and it slides wit just a touch. He checked that the lock was working before he left.

Pete showed up the same day I called almost exactly at the time he said he would. He worked quickly and did a great job. I would definitely use Pete again in the future.

Peter showed up right about the time he estimated. He not only repaired the two screens I called him about but several others I had found just before he arrived. He said he would try to fit in time for them all. And, he did! He was prompt, honest (he could have charged me for all new screens and frames) and the screens are great! I plan to call my friend who asked who I was using and tell her what I told you.

We do not wash windows or repair sliding glass doors or windows.

Frequently Asked Questions & Answers about ALL ABOUT SCREENS

How is ALL ABOUT SCREENS overall rated?

ALL ABOUT SCREENS is currently rated 5 overall out of 5.

What days are ALL ABOUT SCREENS open?

ALL ABOUT SCREENS is open:

What payment options does ALL ABOUT SCREENS provide

ALL ABOUT SCREENS accepts the following forms of payment: Check, Visa, MasterCard

Does ALL ABOUT SCREENS offer free estimates?

Does ALL ABOUT SCREENS offer eco-friendly accreditations?

No, ALL ABOUT SCREENS does not offer eco-friendly accreditations.

Does ALL ABOUT SCREENS offer a senior discount?

No, ALL ABOUT SCREENS does not offer a senior discount.

Are warranties offered by ALL ABOUT SCREENS?

Yes, ALL ABOUT SCREENS offers warranties.

What services does ALL ABOUT SCREENS offer?

Are there any services ALL ABOUT SCREENS does not offer?

We do not wash windows or repair sliding glass doors or windows.