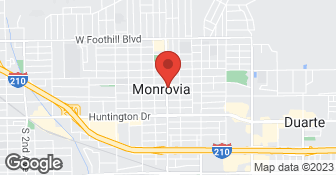 Since our founding, Brandford Restoration Services has been known for quality services, exceptional efficiency and the highest level of professionalism. No matter what service you’re looking for, we guarantee to not only meet, but exceed your expectations and ensure your full satisfaction. Our team is up for every job, managing projects with the skill and experience our clients have come to expect. Please get in touch to learn more about our team, our company or for details about the services we provide.  …

Work was done efficiently, and thoroughly . Pieces were late in getting done and required some elbow grease. They all came out really well. They were light colored, so attention to detail was needed and the company did not disappoint.

Description of Work
Shampoo rug in one room. Shampoo one 5-piece sectional and one 2-piece sectional, plus one ottoman. All were done very well. The technician arrived on time, was polite, and worked efficiently. I would use them again.

The service from A1 was excellent. I used them a few times in the past, tried another company and then recently came back. They're just very professional and really care about the work. Rocky was very knowledgeable about the cleaning process. Overall, the service tech who did the job was fantastic. My microfiber upholstery looks great.

They did a good job. Their price was reasonable for the work performed, especially compared to others I received estimates from. I would contact them again for additional work in the future, when necessary.

Description of Work
They cleaned the carpet in 1 room.

Came on time. Did the job as requested for the estimated price. Was courteous and professional.

Description of Work
Steam cleaned carpets in most of the house. Cleaner was not requested to move any furniture.

I have very expensive Australian wool rugs. They took them nad cleaned them beautifully. Even got out the red soda that the kids had spilled on it. AMAZING. I also had our couch, love seat and recliner cleaned. Sam Mota was the technician and he was great. He had to take the rugs and clean them, to run through a roller, etc. I will definitley use again. He also told about filters for my central air unit that they clean the ducts

Description of Work
I have very expensive Australian wool rugs. They took them nad cleaned them beautifully. Even got out the red soda that the kids had spilled on it. AMAZING. I also had our couch, love seat and recliner cleaned. Sam Mota was the technician and he was great. He had to take the rugs and clean them, to run through a roller, etc. I will definitley use again. He also told about filters for my central air unit that they clean the ducts.

Placed a call to obtain a bid two weeks prior. Received bid over the phone without having to wait for a callback. Based on other bids, similar in price, selected A1 based on phone call with courteous customer service and ability to meet schedule. Called one week later to schedule cleaning. Requested truck mounted service. Day of service: The serviceman was on-time, however he did not have a truck mounted unit. He called the dispatcher and within 30mins, without question a truck mounted serviceman was on site. The cleaning took several hours and was complete in a satisfactory manner. The carpet was not able to be fully cleaned based on the tenant damage, however the outcome was better than expected.

Description of Work
Carpet cleaning of a rental condo - 2bds/closets, Living room, dining room and stairs. Stain removal where possible. There were heavy black traffic areas of stains to be removed.

We booked them about 3 days in advance. The person showed up very close to start of the time window. He called to confirm that he was coming within 30 minutes and showed up within that 30 minute. Did his job very professionally and left after cleaning up every thing to our satisfacvtion.

It turns out perfect. They put a conditioner on the carpet after it has been cleaned to protect the carpet from future stains and soilings to minimize excessive dirt.

Description of Work
I've used them three times in a row for rental houses.

The phone staff seemed neither knowledgeable nor professional. They did not know what a rag rug was or seem interested in me explaining to her what it is. The quality of customer service was unimpressive.

Description of Work
I called them to repair my carpet, which they list as a service they do provide.

James, the technician, arrived within the 3-hour time frame they had given. He was very polite and looked at the stains, then told me it would cost an additional $60 to remove the stains because he would have to use some special cleaner with enzymes. I was a little annoyed that these additional charges were not mentioned at the time I made the appointment, but I wanted to get the apartment in shape for the next tenant, so I OKed the work. He said it would take about 1 to 1 1/2 hours to complete the job. After about 1/2 hour, he announced that he was finished. The carpet looks wonderful, has a nice sheen, looks like new (it is almost 8 years old) and one would never guess that it had been so badly stained. It is still wet, so I guess from what I have read that some stains might reappear, but it looks great now. Even if stains do reappear, they can't be as bad as the carpet looked before it was cleaned. I will use this company again when my carpeting in my own house needs cleaning.

Description of Work
This company cleaned two rooms and a hallway carpet in a rental unit recently vacated by tenants. Apparently the tenant had worked on some of his car parts in the living room and had dripped dirty motor oil on a section of the very light beige carpet! I called this company because a friend had recommended it and had given me a coupon from a newspaper for $79.95 to cover the cost of the cleaning. I also checked Angie's List and saw some good recommendations. I told the person who answered the telephone when I called about the oil stains and she said nothing about additional charges, but she did think that they could remove the stains. She was very pleasant and scheduled an appointment for two days after my call. The following day she left a message to remind me of the appointment.