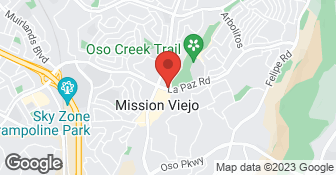 This is a California company new to Austin. I got their name from my local pool store (Leslie's). Apparently, there is some sort of partnering/cross-referral agreement. Salesman came out with plaster samples and discussed options with me. Bid arrived several days later -- I had to request clarification, as the proposal had prices for two different surfaces. I also requested that re-tiling be included. The revised proposal had the tile, but still had two different surfaces in the quote. When I asked about warranties and guarantees, things started to deteriorate. I asked for clarification about what the salesman meant when he referred to a plaster as 10-15 years; specifically, I asked if this was an implied warranty or if it was in the contact. They refused to share a contact because it contained all that "legal mumbo jumbo" according to the salesman. I finally sent them an e-mail and said to the local president (Jeff Solt) that I was concerned that I was having to chase them. He responded "We have tried to answer your questions and this does not seem as though this is a going to be a good working relationship." Of course, no one can force a company to do business with me, but Solt's attitude should raise a red flag for anyone who considering doing business with this company.

Description of Work
These guys cut and ran when I asked some questions about warranty, etc.

We used this company for a couple years. We were not very happy with his work. They pool never seemed to get clean, so we hired another company.

Description of Work
I hired him to clean my pool once a week.

IN REGARD TO THE OTHER PERSONS COMMENTS THAT GAVE HIM AN "F" ON OCT.24, 2008. HE TOLD US THE REASON WHY HE RARELY CAME BY THE JOB WAS BECAUSE HE WAS HELPING A FRIEND WITH A VERY ILL DAD. HE'S GOT THAT LIE DOWN. LIKE I SAID WE HIRED JEFF SOLT OWNER OF "BLUE PACIFIC POOLS" TO BUILD US A VERY BASIC POOL. TO MAKE A LONG STORY SHORT. SINCE HE WAS RARELY THERE TO CHECK HIS EMPLOYEE'S WORK AND NEVER SHOWED UP FOR ANY OF THE CITIES INSPECTIONS I NOW HAVE A HALF BUILT POOL IN MY BACKYARD THAT THE CITY OF HUNTINGTON BEACH WILL NOT SIGN OFF. AND SINCE HE WONT MAN UP AND ADMIT HE MESSED UP WE HAD TO FILE A LAW SUIT AND ARE GOING TO COURT THIS SUMMER. MAYBE MY DAUGHTERS WILL GET TO SWIM NEXT SUMMER ON HIS WEBSITE HE CLAIMS TO BUILD "AWARD WINNING POOLS" YEA RIGHT. COME LOOK AT MINE. ALWAY CHECK CONTRACTORS LICENSES WITH THE "CALIFORNIA STATE LICENSE BOARD"

THEY'RE PRETTY GOOD. I THINK HE'S REASONABLY NEW AT DOING THIS, I'VE ONLY HAD HIM FOR MAYBE THREE MONTHS. I DON'T HAVE THAT LONG OF A TRACK RECORD WITH HIM, BUT SO FAR HE IS GOOD. HE DID HAVE A GUY CLEANING THE POOL THAT WAS NEW, AND THAT GUY DIDN'T DO A GOOD JOB CLEANING MY POOL. HE ENDED UP FIRING HIM, AS SOON AS I COMPLAINED, HE TOOK CARE OF IT, BUT I THINK HE SHOULD HAVE BEEN FOLLOWING UP AFTER THE GUY.

Description of Work
IT'S 65 DOLLARS A MONTH. THEY VACUUM AND BRUSH THE POOL AND ADD CHEMICALS.

THEY'RE A FULL SERVICE POOL CLEANING COMPNAY. HE CHARGES EXTRA FOR NON-ROUTINE MAINTENANCE. IT IS A BIG JOB, BUT THAT'S WHAT I PAY HIM TO DO. HE WALKS THE TOP. HE OPERATES ON A VERY PROFESSIONAL LEVEL. HE IS VERY FRIENDLY, VERY INTO RELATIONSHIP BUILDING ON A PROFESSIONAL LEVEL. HE KEEPS HIS CUSTOMERS HAPPY.

Description of Work
EVERY MONTH, HE BRUSHES THE POOL SURFACE, CLEANS ALL THE SKIMMERS AND POOL SURFACE SCREENS, CHECKS AND ADJUSTS THE CHLORINE AND ACID AS NESCESSARY AND CLEANS OUT THE POOL AND FILTERS FOR ADDITIONAL CHARGES.

Remodeling, New Construction, Hardscape & Front & Backyard Remodeling For Santa Ana, Anaheim, Irvine & Orange County, CA. Serving your home in Orange County. LMX Builders has over 20 years of construction expertise to lend to your full backyard remodeling, room additions, hardscape and pools. We are a family-owned general construction company offering extremely competitive pricing on all of your home improvement projects. Call our licensed company today to schedule an appointment for your home in Orange or the surrounding areas. We would love to make sure you have the home of your dreams!  …

GT Pavers has a team with over 60 years of combined construction and interlocking Paver experience. When it comes time to choose an expert paver installer, it’s important that you trust your project to an experienced paver company that has the team and expertise to get the job done right. Whether it’s a driveway, walkway, patio, backyard remodel, fire pit, pool decking or other similar projects. GT Pavers has years of know-how experience to handle highly specialized projects. GT Pavers will not only get it done right, but we’ll be more efficient and cost-effective than any competitor. We also offer a best-price guarantee, and we have been providing the highest quality work for Southern California customers for over 10 years.  …

Blue Pacific Pools is currently rated 2.9 overall out of 5.

No, Blue Pacific Pools does not offer a senior discount.

No, Blue Pacific Pools does not offer warranties.