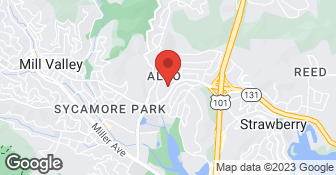 BEWARE AND PLEASE NEVER ORDER FROM VALUE POINT DISTRIBUTION!!!! We ordered a Lennox stove from Value Point distribution located in Mill Valley, Ca. on October 13, 2013. We paid in full $2500. We were told the stove would be shipping within 3-5 weeks... After nearly 7 weeks, we called to check on the stove. We were told the stove would be shipping at the middle of the month in November. This did not happen. WE called several more times and were told because of the holidays there was delay in shipping and to expect the stove on/around December 30th. This came and went no stove delivery. Called again after December 30 and was told delivery would be January 30. 2014. At this point, we realized this was unethical behavior and a possible fraudulent order. At this time, I filed a complaint with the better business bureau. We received a call from a person by the name of Carter from Value Point who apparently handles BBB complaints. His suggested resolution was to send us a blemished stove and refund $700. We agreed and to see photos of the stove. After several days, received photos of the stove that were not clear. They said they could not get any more photos because of the offsite location at the warehouse. The then said they would ship the stove and we could refuse or accept the merchandise. We agreed. Value Point Distribution then responded to the BBB about the update. I did not accept the response so the complaint remained open. They mentioned to the BBB the stove would be delivered on 1/24/2014. This date has since come and gone and no stove. We have called on numerous occasions and speak to a rude customer service agent who just tells us to call back tomorrow. Called again on Feb 10, 2014, got the same rude customer service agent and again, received the run around. We called Lennox company and they are aware of Value Point Distribution and their fraudulent behavior. They are not authorized to sell Lennox stoves on their site and they continue to do that. Again, fraudulent! PLEASE DO NOT DO BUSINESS WITH THIS COMPANY, THEY WILL TAKE YOUR MONEY AND YOU WILL GET NOTHING!!! THEY KNOW HOW TO PLAY THE GAME AND ARE RIPPING OFF HONEST PEOPLE EVERY DAY. THEIR WEBSITE LOOKS VERY BELIEVABLE AS WELL AS THEIR INVOICES!!!! A SHADY BUSINESS FOR SURE! FIGHTING TO GET OUR 2500.00 DOLLARS BACK EVERY DAY! I am a USAF retired E-9 who works hard for every dollar. If anyone can advise how to be refunded the $2500.00 I paid for a wood burning stove I never received, I would be very grateful.

I went to the website chooseswimspadirect.com. While browsing the site I was encouraged to participate in an on-line chat and did so. This led to a phone call from Steve Winston the Customer Service Manager at Value Point Distribution, LLC. After speaking with Steve Winston several times I was told the company was located in Mill Valley. CA and I placed an order for The H20 Duo Max, a high end combination swim spa and hot tub on September 4, 2012. I was told the spas are custom made and mine included shipping and would be delivered “curbside” in two months. I was given a delivery date of mid December at the latest. From the first conversation with Mr. Winston I told him I live in upstate New York where winters are harsh and if there was any delay past mid December I may not be able to accept delivery due to the inclement weather and snow accumulation may make it impossible to install the unit. Mr. Winston assured me this would not be a problem. On November 14, 2012 after multiple email communications with Mr. Winston I was informed that my delivery would now be “the end of the year". He also indicated at this time the spa was being shipped from a factory overseas. This was the first I was aware that the spa was NOT manufactured in the USA. The website advertises "factory direct" and when I asked Mr. Winston where his company waslocated he said California, deliberately misrepresenting where the spa was manufactured. There were multiple delays and Mr. Winston kept telling me it would arrive soon. He also said if I was able to arrange to unload the spas from the shipping container it would arrive sooner and he would contribute $400 toward the expense. Due to the uncertainty of the delivery date and the weather I contacted a local business man, Mark who agreed to accept delivery of the spa for me, unload it from the shipping container and store it until the weather allowed him to deliver and install the unit. Mr. Winston assured me Value Point would cover the storage costs. My Duo Max swim spa/hot tub was finally delivered on January 25, 2013 almost 2 months after the original delivery date. There was superficial damage to the accessory boxes and some minor damage to the cabinet of the hot tub. Mr. Winston was notified promptly and after some discussion he agreed to order replacement panels. When we attempted to fill the hot tub it leaked all over and we discovered a cracked pipe. Mr. Winston was notified immediately and it took Value Point over a moth to address the issue. Their solution was to use epoxy to repair a cracked pipe that carries water under pressure. They insisted that this would repair the damage. An alternative solution was required and we filled the hot tub a second time. When the power was turned on, water came pouring out from another place. There was so much water it was spraying everywhere. I made 2 phone calls to Mr. Winston to report the new leak but with no response and I was only able to leave a voice mail. I have sent multiple emails expressing my dissatisfaction and requesting to return the spa for a refund but still no response from Mr. Winston. He did however have his technician contact Mark by phone and offer a solution that would bypass the damage. Mark again refused to use their shoddy repair methods and the technician told Mark he should make the repair, deliver and install the spa. I contacted the technician via email and explained I was no longer interested in repairs and I was requesting a refund. I also sent the same letter requesting a refund via certified mail and it was delivered on 3/18/13. After receiving no response from Value Point we then attempted to test the swim spa. It was only 1/2 full when it began to leak. Again there is a cracked pipe. It now appears that the spa was not properly drained and winterized before being shipped from the factory in China to New York State in January. As a result pipes have frozen and cracked. I now have a totally useless $20,000 swim spa. Meanwhile the time on the warranty is ticking away when the product has never even been filled, heated and used. As of today, 4/24/13, I have yet to hear from Mr. Winston regarding my request for a refund and to return this defective product. I have not received the replacement panels or the $400 for unloading. Mark has not been paid for his labor or for storing this huge spa. The total area is 150 square feet. I have not received any satisfaction to any of my concerns regarding this purchase and at this rate the warranty will expire before it is ever used. As of today, 4/24/13 I have not heard from Steve Winston, "Customer Service Manager." I have tried to send emails to service@lchooseswimspasdirect.com that have been returned as invalid address. I sent a certified letter to the above address that has never been accepted. The only reason I know that I did not purchase "factory direct" is from the tag on the Spa that says J & J Spas.

Description of Work
I purchased a swim spa online. This was a big mistake.

Value Point Distribution is currently rated 1 overall out of 5.

No, Value Point Distribution does not offer eco-friendly accreditations.