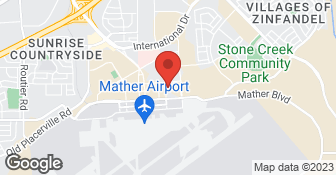 Appliance repair for your household appliances.

It went well he was able to resolve the issue rather quickly.

Description of Work
My refrigerator was warm although my top freezer still worked. I scheduled a window of time for him to troubleshoot the issue. I like that Steve called me to verify I was home before coming over. He arrived fully prepared with a bag of tools and asked what was the issue. He was able to provide information updates that gave me an idea of what the issue could be and the cost if I needed the fan replaced. Luckily, my frig was iced over and the fan worked. He got rid of the ice and got my refrigerator cold again. I appreciated his communication, friendly disposition, and professionalism.

Instead of charging me to come out there, Steve talked me through the process of removing the old cooktop over the phone. Didn't charge me a dime. Was helpful and courteous and professional. Will definitely call Steve again the next time I need something along these lines.

Description of Work
I needed help removing a broken glass cooktop for my stove.

Description of Work
Steve Goodin not only repaired my electric G.E. range, but covered the extra $25.00 fee for accelerated shipping of the broken service controller.

Excellent service. Being a Saturday, and the fact that we expected guests for a dinner party later that evening, we were quite panicked that we would be working out of ice chests. I phoned early in the morning and received a call not too long later. We were delighted that the service technician was available and could see us that very morning. It's important to note that I made no less than five phone calls to highly rated appliance repair services. One of them answered the phone, but could not make it out until Monday. I left messages for the remainder, and not one has yet called us back. So, I'm very thankful Steve was available. He called prior to showing up to let me know he was en route. He arrived punctually within the time frame he promised. When he arrived, Steve had his tools and was ready to go to work. He began with a quick interrogation about the nature of the problem, history, etc. It's turns out, our problem was much more simple and easy to fix than I had hoped. Honestly, with as little as we know about refrigerators, it would have been very easy for a less honest person to take advantage of us and fake a need for a much more expensive repair.

We have the experience and dedication to bring your dreams to reality! Specializing in Appliance Repair Services, we guarantee your satisfaction, and we won’t leave until the job is done right. We pride ourselves on the quality work we provide, while delivering great customer service! Call or click to schedule a free estimate today! *10% DISCOUNT FOR SENIORS, MILITARY & 1ST RESPONDERS*  …

How is Evergreen Appliance/Air overall rated?

Evergreen Appliance/Air is currently rated 5 overall out of 5.

What days are Evergreen Appliance/Air open?

No, Evergreen Appliance/Air does not offer free project estimates.

No, Evergreen Appliance/Air does not offer eco-friendly accreditations.

No, Evergreen Appliance/Air does not offer a senior discount.

Are warranties offered by Evergreen Appliance/Air?

No, Evergreen Appliance/Air does not offer warranties.

What services does Evergreen Appliance/Air offer?