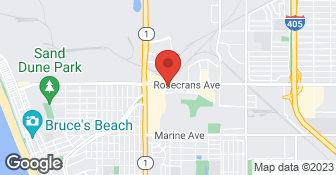 I have total confidence in Bryan Angstman's knowledge of green products and the results are so much better than with the regular toxic chemicals that other companies use. I am sold on Naturally Green and will not use any other company for carpet and upholstery cleaning. Bryan is very professional, courteous and a pleasure to work with.

Description of Work
I have used Naturally Green Cleaning for the shampooing of the carpet in my father's house.

Fantastic, quality work! Naturally Green Cleaning is totally professional, hard-working, and detail-oriented and uses natural cleaning products as well! Bryan himself came out and conscientiously did the work. He was able to really transform our old carpeting and sofas, really brightening up our condo. And he was great to work with—I love that he’s as much a perfectionist as I am! Bryan is thoroughly professional in the way he works, communicates, and runs his business. He developed his own cleaning products, too, because he wasn’t happy with those that had been available. By the way he also has an MBA. I HIGHLY RECOMMEND Bryan Angstman and Naturally Green Cleaning!

Bryan is the owner and has developed his own cleaning products over time. I have been skeptical of "green" cleaners as I was under the impression that they didn't clean as well. Well, no more. Bryan's "naturally green" cleaners work even better than the cleaning products that are out there being used by the regular carpet cleaners. He said that these are truly green and hypo-allergenic and I believe him as usually I have issues with the chemicals as I have allergies and problems with my sinus. There was no smell and the products cleaned the carpet and took out some spots in the carpet that were not removed by previous cleaners. Bryan is very thorough and for the first time, my Dad's carpets felt absolutely clean without any fragrance or products to mask the smell of the chemicals. He was doing such great work on the carpet that I asked him to do the sofa, reclining chair and dining chairs as well. I was not only impressed by how clean he got the chairs (they had some bad stains) but the carpet and sofa dried quickly and alot faster than when we had used other carpet cleaners. I would definitely recommend him to anyone who is concerned about using toxic chemicals in their home and especially for those with young ones who would be sitting and crawling on carpet. Bryan is the "real deal."

Description of Work
I had a groupon for $50 off of $300 worth of carpet cleaning. I had the carpets cleaned in my dad's house done - 4 rooms plus a sofa, recliner and some dining chairs.

Bryan did an excellent job and we would not hesitate to use Naturally Green again. Our carpets and upholstery look great and unlike other carpet cleaning experiences, everything dried much faster. It truly is a more eco-friendly method and the results are fantastic. Bryan was very courteous and professional and a pleasure to work with. He went above and beyond to move things around and really get our spaces clean. We highly recommend Naturally Green and it will be our first call the next time we need our carpets cleaned.

Description of Work
A scheduled visit to provide an estimate followed by a day of service to clean 1,000+ sq feet of carpet and some pieces of upholstery (couch, armchair, pillows, rug).

Job was polite, fast and efficient.

Description of Work
Gave me a quote and offered other services they provided.

Initially, I had a hard time getting a hold of this company. I purchased the deal through this site, and emailed Bryan. After not hearing back from him this way, I went ahead and called the number listed. From here on forward, everything was great. (Oh, actually, I did have to call him one more time to confirm they were still coming. We had scheduled pretty far in advance, and I had not received a confirmation call by the evening before the appointment, so I called him to confirm.) Bryan and his assistant showed up right on time, even a bit early, and were very professional. They got to work right away, after getting an estimate and making sure I received the discount, and did a great job. They moved the furniture, and put everything back right where it was. The carpets looked great, there was no up-selling, and I would use this company again in the future.

I am really happy that I used Naturally Green Cleaning to clean the carpet, drapes, and vertical blinds in my rental unit. I found Bryan to be very personable and professional. He and his colleague came on time and did a great job at a reasonable cost and used environmentally safe cleaning methods and products. I love it that Bryan personally answers the phone. It's so much nicer when someone answers the phone rather than leaving a message and having to wait for someone to call you back. Playing "phone tag" is such a waste of time. I also like it that Bryan is an expert on environmentally proper cleaning methods. I am definitely going to use Naturally Green Cleaning again.

Bryan and his co-worker came exactly when they said they would arrive. After a quick walk-through they went promptly to work. They were very careful with all our furnishings and respectful of our house. The carpets dried very quickly, the sofa needed much more work so had more drying time. They even meticulously cleaned our Keith Haring doormat. We've used Naturally Green Cleaning many times because my son and husband have allergies and I greatly dislike strongly scented products. They never disappoint us.

Bryan and his helper were prompt and professional. The carpet was very clean afterward. It took about 3-4 hours, with 3-4 hours drying time. It was a very humid day, so the actual drying time was longer than their estimate. We had moved a lot of small furniture and items that would have been in their way, so we waited for the carpet to be really dry before replacing things. We were glad we had booked an early time, because we then had time to get most things back in place by the end of the day. Bryan was friendly and helpful. We were glad we had called him.

Description of Work
Moved furniture (except items with electronics), vacuumed and cleaned all of our wall to wall carpeting.

At Coast View Plumbing and Restoration, timing is everything! We are a top rated plumbing , leak detection and water damage repair and restoration company proudly serving the surrounding areas for over 20 years. Our 1st priority is getting you back on track and restoring your property in a timely manner. This includes having our entire team of professionals help you throughout the process. LICENSE# 516246.  …

Steam Cleaning because it's not truly green! This process contaminates up to 80 gallons of water per 1000 square feet. Up to 30 gallons of that is contaminated water that is left behind in your carpet and pad. All that water can lead to mold.

Naturally Green Cleaning is currently rated 4.9 overall out of 5.

No, Naturally Green Cleaning does not offer a senior discount.

No, Naturally Green Cleaning does not offer warranties.

Are there any services Naturally Green Cleaning does not offer?

Steam Cleaning because it's not truly green! This process contaminates up to 80 gallons of water per 1000 square feet. Up to 30 gallons of that is contaminated water that is left behind in your carpet and pad. All that water can lead to mold.