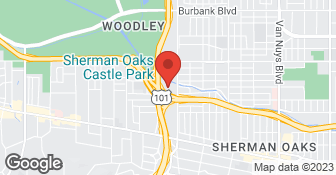 Martin's Carpentry is locally owned and operated out of Sylmar, CA. Please call us or click for an estimate today  …

We specialize in all phases of landscaping, hardscaping, and more! We guarantee your satisfaction, and we won’t leave until the job is done right. We pride ourselves on the quality work we provide, while delivering great customer service! Check out all the services we offer below and call -or- click to schedule a free estimate today!  …

With over 20+ years of experience as a general contractor, we are here to help you with all your drywall, texturing, painting, framing, and hardwood flooring needs you may have. We also do electrical, light fixtures, changing receptacles, adding or replacing light fixtures, concrete work, demolition, job sight clean-ups, yard clean-ups, pressure washing exterior homes, garages, and driveways give me a call and we will be happy to give you an estimate 442-999-3588  …

Professional Builders & Remodeling is very trustworthy company! I hired them on ADU Garage Conversion and they exceed my expectations, they did perfect job! Their working team was extremely professional, easy to work with, completely honest and respectful to my home. I couldn't ask form more! Awesome experience! I am 100% satisfied!

We went with Professional Builders & Remodeling on our kitchen remodel and it was excellent experience to work with this phenomenal contractor. They were honest, helpful, always on time, clean and well organized. Our kitchen turned out exactly as we requested and within our budget. Thank you Professional Builders & Remodeling on great service, will highly recommend to others.

I decided to remodel my kitchen and after long research I decided to go with Professional Builders & Remodeling, they are very reputable company, they gave me competitive price and they were available in acceptable time. The project went very well and overall it was excellent experience. The final product is fantastic, my new kitchen is perfect! I would highly recommend Professional Builders & Remodeling to other friends and family.

After I requested a quote, Professional Builders reached out via text and phone call. They quickly scheduled me for a Saturday morning appointment. Then I got a text that the Saturday appointment was cancelled, asking if I could reschedule. Then I got a call asking to reschedule, so I did, to Sunday. I received a call on Saturday asking to confirm the appointment, then another waking me up at 8:00 on Sunday morning asking to confirm. Appointment time came, and I got nothing. After half an hour, I texted, and got no response. After an hour, I called, and got a sob story about the sales person's grandfather having surgery last week - not sure how that's relevant to today. He told me that he would be at my house 40 minutes later. An hour after that call, I called the company back, and let them know that I was not interested in doing business with a company that didn't respect my time.

After I received several quotes on my bathroom remodel I decided to go with Professional Builders & Remodeling because they gave me by far best quality-price ratio. The project went great and results are amazing. Thank you Professional Builders on a beautiful new bathroom, it's just perfect!

Very trustworthy contractor! I went with Professional Builders & Remodeling on room addition and I had some special requests and it wasn't easy task but Professional Builders crew were just amazing and they handled everything easily. The project was finished quick and within scheduled date and I am completely satisfied with everything they did. Highest recommendation on this company!

We went with Professional Builders & Remodeling on our kitchen remodel and overall experience with this company is excellent. The project started on time and it went smoothly because of great and well organized working team. They were quick, accurate and disciplined. They did phenomenal work and we are completely satisfied with the outcome. Highly recommended company!

Description of Work
Remodel a Kitchen