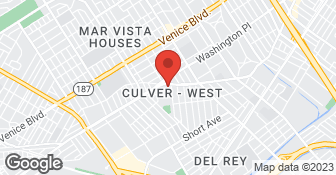 Pacific Home Remodeling has been around since 1999. We currently employee 200 employees, working in construction, marketing, sales, and customer service....

Description of Work
Window replacement. Very high pressure salesman. Constant delays on delivery, unanswered phone calls, one window installed backwards and bottom cut to complete installation. Can't track window manufacturer for problems. Salesmen showed up at my home unexpectedly and inspected the results without my consent and gained access through my son-in-law who didn't know any better. Salesmen, not installers, had no business doing an inspection and roaming through my home.

A few months ago, a guy rang my doorbell and asked me if I wanted to arrange for a free estimate to have the exterior of my house painted. He claimed it would take ONE HOUR and that the estimate would be good for 18 months. Also, he stated the special primer/paint they use is 30X thicker than regular paint. I agreed to schedule a meeting. The next morning, a guy rings my doorbell and the first thing he says is "Is the other guy here yet?" I'm confused, because this makes little sense, so I tell him "No." So the guy tells me he'll wait for him. He didn't even shake my hand or introduce himself. It turns out this guy was in training for the company, so from now on I'll refer to him as 'Training Guy'. The other guy shows up and is friendly and introduces himself, shakes my hand and explains that they're going to check out the exterior of my house, explain the product to me, measure my exterior and then offer me an estimate. We'll refer to the employee as 'Seller Guy' for less confusion. So seller guy, training guy and I go outside and check out my house. At one point, seller guy points out an area that has some bubbling paint. He then proceeds to push on it and it crumbles apart on the ground. Real nice. Thanks for that, pal. He also tells me the primer/paint is 10X thicker; and I had remembered the other guy from the day before claimed it was 30X thicker. So they need to get on the same page with that. Also, he claimed that because my house had few hairline cracks, the 18-month offer could only be good for 3 months. We go inside and they explain the product to me and how great their company is and blah, blah, blah. It's funny - seller guy keeps calling me by the wrong last name, despite the fact I've corrected him repeatedly, yet he remembers the last names of the customers he's supposedly helped. Very interesting. And perhaps the low of this experience was when we're sitting at my kitchen table, and during the middle of the talk, training guy asks if he can use my bathroom. This annoys me, because I don't want some stranger using my bathroom. So I consider it and am like... "Ummm... OK." I've made it pretty obvious I'm not too happy about it. But it gets better. Because the guy was in there for like 10 minutes, presumably taking a dump and/or a nap. Common sense-101--if you want people to pay lots of money on an exterior paint job, don't take dumps in their bathroom. Seriously-- go to the Ralphs up the street, get yourself a soft drink or some fiber on the way out, and retain your dignity. So, yeah--it was all downhill from there and I wanted them to leave. But they tried to use their sales techniques on me. Sales guy even tells me to "Guess how much the estimate is and I can win $500 off." at which point I respond, "Listen, dude - I was told this would take an hour and we're going on over two hours here. Why don't you just tell me the cost?" They wanted over $16,000. And when I told them I would have to do my research before committing to anything, he kept dropping the price until it was down to around $9,000. And that it could be dropped further if there was a surplus of supplies from whomever supplies them and blah blah blah. And he even called his boss and his boss kept dropping the price. It was actually rather humorous, for I've quite familiar with sales techniques, as I write sales copy for a living. And I even told the guy I knew every trick in the book and that I knew what he was trying to do. His reaction was rather humorous. He didn't even address my comment. He kept pushing that I sign something then - probably because he knew that if I did my research, I would see that Pacific Home Remodeling has terrible reviews. They have 1.5 stars on Yelp, and the BBB is full of complaints on them. So I find it funny a third of the sales pitch dealt with what a great company they are. But I'm not surprised - because when someone won't shut up about how great and reliable they are, it's because they're over-compensating for something. The two guys finally left, and when I asked Sales Guy for his business card, he said he would give me one and then the two guys put their shoes on and rushed out of the house, slamming my outer door to the point where my Halloween decoration fell off the door. Then they proceeded to stand outside for twenty minutes and have a conversation. Probably telling training guy not to use people's bathrooms or something like that. Based on their sales techniques, bad information, and the fact Training Guy was dumb enough to ask to take a dump in my bathroom, I would never in a million years use this company.

Description of Work
They showed up and gave me as 'estimate'

Tile and grout cleaning and repair service. We also offer 10% to Veterans.  …

We have a class B license which means we can build a home from the ground up.

Pacific home remodeling is currently rated 1.8 overall out of 5.

No, Pacific home remodeling does not offer a senior discount.

No, Pacific home remodeling does not offer warranties.

Pacific home remodeling offers the following services: We have a class B license which means we can build a home from the ground up.